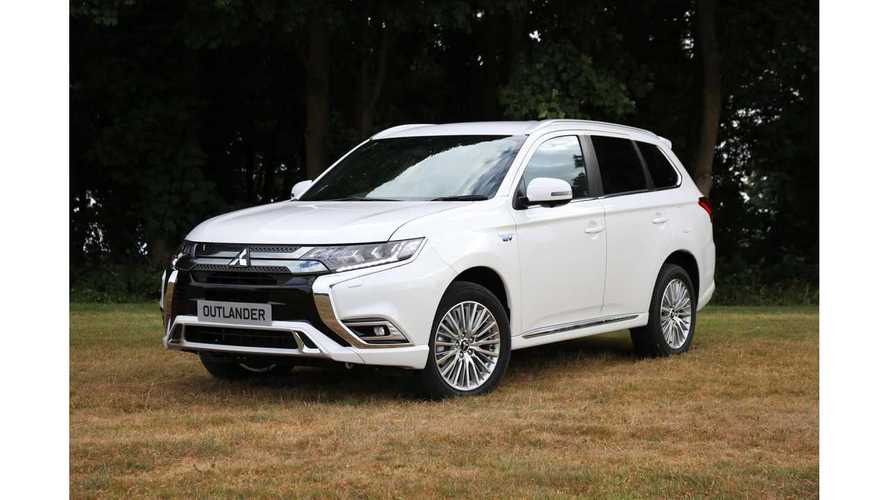 Mitsubishi boasts that the Outlander PHEV has become Mitsubishi Motors Europe’s (MME) best-selling model, out-selling all other models in the Mitsubishi range.

The Japanese plug-in hybrid received an update this past fall, which combined with the elimination of many PHEVs, strengthened its position in Europe. In fact, Outlander PHEV was-best selling PHEV in Europe in 2018 for the fourth consecutive year.

"This success has been boosted by significant growth recorded in markets like Germany and France along with the launch of the 2019 model during September 2018. A new 2.4-litre petrol engine produces 135ps (up from 121ps) with greater torque (211Nm vs 190Nm). Increased output of the rear electric motor, drive battery and overall battery capacity resulted in WLTP combined fuel economy of 139mpg and WLTP emissions of 46 g/km.

Key to the success of the Mitsubishi Outlander PHEV is that it doesn’t ask its owners to make any compromises. For people wanting an SUV with green credentials it offers a combination of space and practicality, 4WD ability and an EV driving range of 28 miles, which is in excess of the average daily commute."

“Today, to our many European customers, the Mitsubishi Outlander PHEV is the true go-anywhere vehicle, equally at ease in zero-emission restricted access city centres, on long distance family driving and on twisting mountain roads with its twin motor 4WD system.”

“The Mitsubishi Outlander PHEV is our brand flagship, our best seller in Europe, a trend-setter that the industry is watching carefully and a pointer to MMC’s long term strategy, blending adventurous SUV heritage with progressive electrified technologies.”