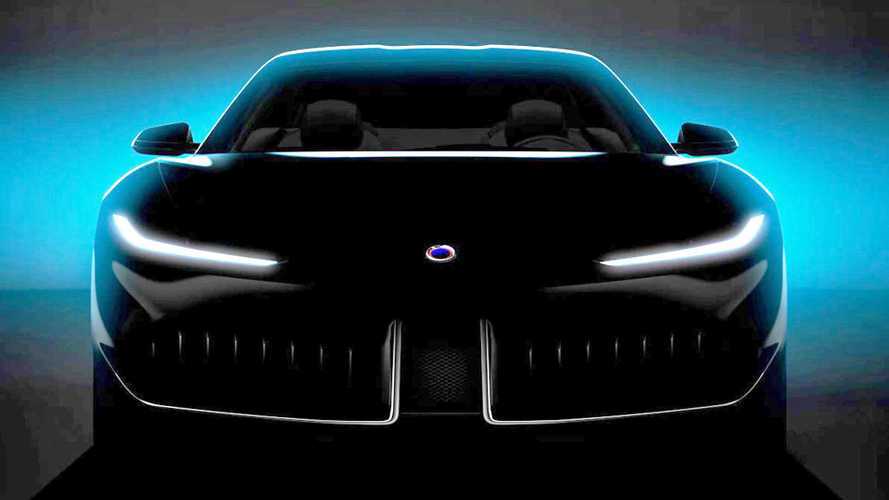 Karma is trying to keep the Revero going with a new heart.

California-based Karma announced Thursday an updated 2020 Revero plug-in range-extender would be the recipient of a BMW three-cylinder turbocharged engine that acts as a generator companion to its new twin electric motor drive system. The engine's specifications were not detailed by Karma, but since the B38 is the only inline-three the German automaker produces, it has to be that.

Americans will be most familiar with it in Minis since 2014, where it produces 134 horsepower, but it also finds a home in the BMW i8 plug-in hybrid supercar where it gets a healthy bump to 228 horsepower. That's likely to be the version Karma gets, considering it supplants the 260-horsepower General Motors turbo four that originally powered the Pontiac Solstice.

That detail reveals the Karma's true age. Despite the Revero being unveiled in 2016, the car has its roots in the Fisker Karma that debuted at the 2008 North American Auto Show. The engine upgrade shaves nearly a second off of the Revero's 0-60 mph time, according to Karma, to 4.5 seconds. The rear-driven Revero also gets a new lithium-ion battery. Styling revisions are likely also part of the program considering new images released with Thursday's release and a teaser released last month by the company.

The revised Revero will be shown this month at the Shanghai Auto Show before it goes on sale later this year. It will be one of three product announcements Karma says will show its long-term vision.

Karma’s engineering team embarked on a complete redesign of the all-electric powertrain that underpins the new 2020 Revero. After extensive evaluation, the team selected the highly-charged BMW engine as the optimal choice to support a new and more powerful high-voltage NMC lithium-ion battery pack and a new, transversely mounted, twin-motor rear drive module (RDM). The new Revero will debut at Auto Shanghai 2019 later this month and reach retailer showrooms during the second half of this year.

The enhanced technology found in the 2020 Revero improves 0-60mph performance, according to Bob Kruse, Karma’s Chief Technology Officer, noting that the car will hit that mark in 4.5 seconds, nearly a full second faster than the model it replaces.

“We created a world-class electric vehicle drive system that delivers the performance and packaging requirements of the new Revero,” Kruse said. “Alongside a series of other technological advancements, the new 2020 Revero is as fast as it looks.”

BMW AG started working with Karma in 2015 to help develop the onboard generator systems used in the company’s new Revero. The collaboration is an example of how Karma embraces relationships with like-minded technology leaders to help spur innovation and speed-up product development.

“BMW AG is a natural fit for Karma’s luxury-tech focus because it is a proven technology leader renowned for conceiving and delivering ground-breaking innovations,” Kruse said.