It looks like the range-topping crossover will get the PHEV treatment, too.

Audi has a slew of plug-in hybrid vehicles coming later this year. We learned at the 2019 Geneva Motor Show that the A6 and A8 sedans as well as the A7 Sportback and Q5 SUV were scheduled to get electrified, but spy photographers in the snowy north caught a vehicle that wasn’t mentioned – the big Audi Q8.

In this instance, the term spy photos is a bit misleading since the Q8 featured here isn’t wearing a lick of camouflage. For that matter, none of its badging is obscured either so we can clearly see this is a Q8 55 TFSI model. We can also clearly see yellow stickers identifying this Audi as a hybrid test vehicle, but so what? Audi already makes a mild hybrid Q8 – couldn’t this simply be a run-of-the-mill model from Audi’s test fleet? The fuel door on the left rear fender is a dead giveaway, because the Q8 actually has its fuel door on the right rear fender. What you’re looking at here is a charging port. Sneaky, Audi. Very sneaky. 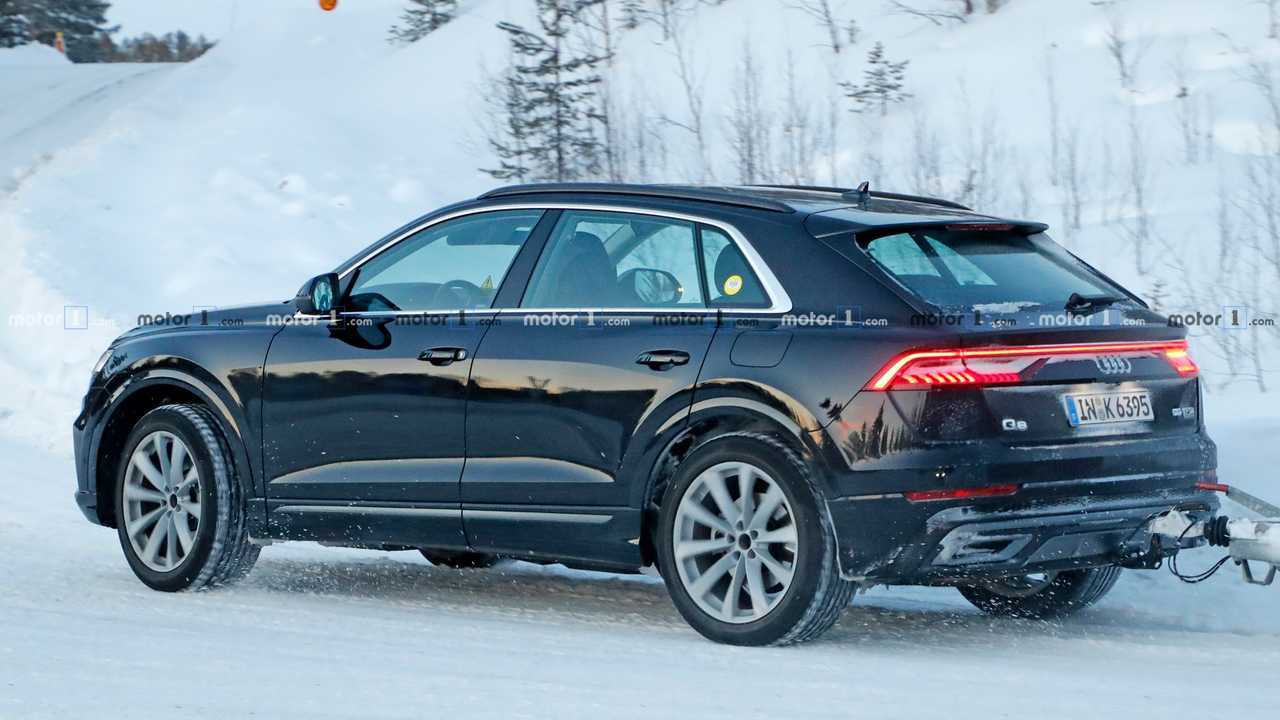 Now that we have that sussed out, what’s under the hood of this PHEV? That’s still a mystery, though if the 55 TFSI badging on the rear follows suit, it could have the 3.0-liter V6 with a gearbox-mounted electric motor used in similarly badged Audis. That plug-in hybrid combination produces a combined output of 367 horsepower (274 kilowatts) and 369 pound-feet (500 Newton-meters) of torque. Power would go to all four wheels through a seven-speed twin-clutch gearbox, with a potential electric-only range in the neighborhood of 25 miles. That’s based on other Audi PHEV vehicles with a similar powertrain arrangement and 14.1kWh battery packs supplying electricity.

When will we officially see the Q8 PHEV model? That’s also a complete mystery, since the Q8 itself is brand new in the global market. Given Audi’s ambitious goal of revealing all kinds of electric vehicles in the next few years, coupled with the fact that the automaker doesn’t seem shy about driving this test vehicle in plain sight, it could go official sometime this year.