As our recent attention was mostly focused on the Model 3 and Model Y, there are reasons to expect an upcoming significant upgrade to the Model S and Model X cars.

Sean Mitchell, in one of his recent videos, said even that the upgrade could be imminent and here is why.

Battery options - First of all is that Tesla switched its Model S/X offer to just a single battery version (around 100 kWh), which could mean that the company is working on a new battery version (higher than 100 kWh) that will be introduced. Tesla usually offered more than one battery option. 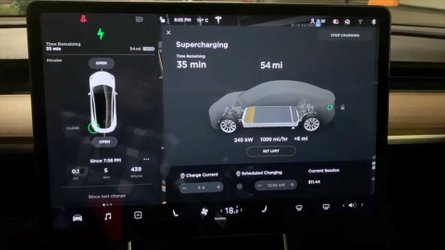 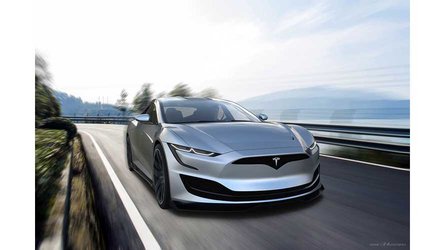 Change of names - One of the minor indications of upcoming changes could be the change of names of the particular versions, which no longer includes a brief number connected battery capacity (kWh). There are only Long Range and Performance names.

Supercharging V3 - The Model S/X so far didn't get the upgrade of Supercharging power to 250 kW, which would place the top of the line Teslas below the Model 3 (and the latest competitors from other brands).

The new battery packs/charging system maybe will require a redesign to handle much higher power.

New battery cells - Model S/Model X are equipped with 18650 lithium-ion battery cells produced in Japan, while the Model 3 is equipped with the bigger 21700 (2170) cells produced in Nevada. While the chemistry in both cases could be up-to-date, there is a chance that with new batteries (optimized form factor for EVs) Tesla will also be able to increase the capacity/range a little bit.

Market position - Model S/X besides ongoing upgrades might need a more significant upgrade to keep the sales at 100,000 per year at 25% gross margin.

Tesla has a long history of cycling out battery packs for one reason or another. They’ve introduced lower battery packs, software downgraded lager packs, new performance packs, and larger standard packs all with the purpose of spurring demand.

Their longest production pack was the 85 kWh pack, producing it from September 2012 - February 2017, a total of 42 months. Next is the 75D, which they recently discontinued in January 2019, which was produced fro 33 months. Third, we have P100DL, which is available now on Tesla’s website. Three battery packs are tied for fourth longest produced, the P85, P85+, and 100D.

As you saw last week, Tesla introduced V3 of Supercharging which allows Teslas to charge at a peak rate of 250 kW. Strangely, the Model S and X owners weren’t invited. And the only mention of the two vehicles was in a Tesla blog posts stating, “We’re launching V3 Supercharging for Model 3, our highest volume vehicle, and we’ll continue to expand access as we review and assess the results of millions of charging events. We will increase Model S and X charging speeds via software updates in the coming months. V3 Supercharging will roll out to the wider fleet in an over the air firmware update to all owners in Q2 as more V3 Superchargers come online.”

As I mentioned in my previous video, Model 3 was designed from its genesis to take the high powered V3 charging due to its larger internal charging cable and battery cooling architecture. It’s my understanding that current Model S and X do not have this design. How easy it is to update the S and X cooling architecture, I’m not sure, but it is likely it would need to be redesigned.

The phasing out of battery packs

What reason does Tesla have to remove options from their flagship, luxury vehicles? Could this simply be a simplification of the production process for S and X?

Could they be trying to phase out 100 kWh inventory before introducing a new version? If we go back to the Model S battery lifecycle chart, Tesla has only ever offered one battery option once - back in 2013-2014.

Some people have said it is because they’re putting more focus on the Model 3. I’m not so certain that’s the case since it is a proven product with a very healthy profit margin.

Model S and X are Tesla’s longest produced vehicles, with a 25% gross margin, and an established production track record. A 25% gross margin for the Model 3 won’t be seen until later in 2019 according to Tesla.

What is the best way to spur new, fresh demand? A refresh of some sorts.