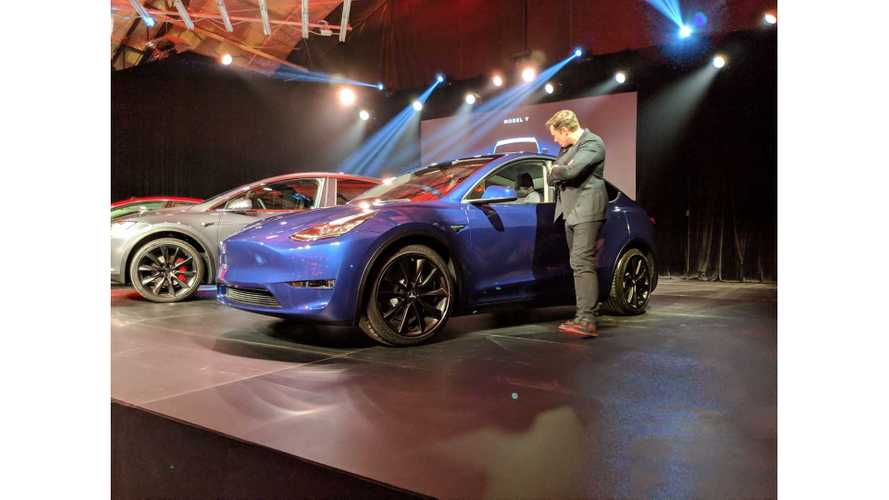 Tesla CEO Elon Musk told investors during the second quarter 2018 earnings call that he believes Tesla “can be sustainably profitable from Q3 onwards.”

In the fourth quarter 2018 earnings call, Musk remained confident that Tesla will achieve that feat saying, “I think we can actually be positive cash flow and profitable for all quarters going forward, leaving aside quarters where we may need to do a significant repayment, for example in Q1 next year. But I think even in Q1, I think we can be approximately flat in cash flow by end of quarter.”

But the task now looks increasingly difficult despite Tesla pulling several cost-saving levers to shore up its cash flow.

Tesla reduced its workforce, changed the price of its cars numerous times, dropped the low end trims of Model S and Model X, launched the long-anticipated $35,000 Model 3 at the end of last month, and closed several showrooms in a bid to help reduce costs.

On Feb. 28, the company said shifting to online sales would allow it to lower all vehicle prices by an average of 6 percent, including its higher-end Model S and Model X. At the time, Musk also walked back the company's guidance that it would be profitable in all future quarters, saying it would post a loss in the first quarter of this year. - CBS News

Now it looks like Tesla is rethinking its strategy to shut down its showrooms.  Recently, in an SEC filing, Tesla revealed that it closed 10% of its retail locations yet the company has decided to “keep significantly more stores open than previously announced.”

Companies change their decisions as (and when) they see fit, but when a company that may have Wall Street’s biggest spotlight firmly focused on its head changes its decision in less than a month, it does make one wonder if the decision was made in a hurry.

If we look closely, all of these problems could, potentially, be traced back to two things: Tesla’s wish to stay profitable and its refusal to raise money.

Tesla will have to invest heavily to achieve its product roadmap, make sure that Model 3 remains on a slow and steady global ramp, service its debt obligations, and still manage to be “sustainably profitable.”

All of these line items are extremely important for Tesla’s future, which makes it harder to prioritize one over the other. When you add the financial constraints that Tesla has placed on itself by refusing to raise money and promising to stay profitable, it forces the company to take actions that prioritize short-term impact.

Tesla continues to refine (and adjust) its strategy to manage the challenges of growth. First, it reduces the price, then increases it. Then it announces that it will shut down its retail stores to save money and later said it’s rethinking the online-focused sales strategy. Fortunately, after reducing its workforce twice, 9% in June 2018 and 7% in January 2019, Tesla probably won't have to look at payroll to cut costs for at least a few more quarters.

Regardless, Tesla’s biggest strength has always been its ability to stoke demand. Since the day the company launched the Roadster in 2008, demand for Tesla products have far outstripped production. Things likely won't be different with the recently launched Model Y.

Tesla is now accepting pre-orders for Model Y. According to The Verge, “You can preorder all versions of the Model Y except the standard range. This follows Tesla’s habit of selling the most expensive versions of its vehicles first. The other three versions and all their options are available to preorder for a $2,500 deposit.”

When Tesla launched Model 3 in March 2016, the company quickly racked up hundreds of thousands of pre-orders that required customers to put down $1,000. In turn, Model Y deposits will certainly give Tesla’s balance sheet a bit more breathing room.

But Tesla should move away from living one quarter to another because it adds unnecessary pressure on its shoulders.

Tesla came under relentless attacks from short sellers in the first half of 2018 as the company remained highly dependent on capital markets to fuel its growth. Fellow author Charles Morris covered this topic in detail .

Morris writes, “Predatory short sellers target financial and insurance companies because they depend on the capital markets. Because Tesla is investing so much cash in future prospects – more than it can replenish from sales of Models S and X – it has become much like a financial company and is vulnerable to short sellers and market sentiment (and market sentiment caused by short sellers)... the greatest threat to Tesla is not the legacy automakers or delays in Model 3 production. 'It is the massive amount of capital betting against  steered by bad actors with malicious intent and an incriminating history.'

However, there’s a way out. If Tesla can start generating profit and positive cash flow, it will be able to finance its operations through earnings and will be much less beholden to capital markets. 'The way to break from the short sellers’ influence is by becoming self-sustaining,' writes Jesse. 'When you no longer need to sell stock to survive, you don’t care how high or low your stock goes. When you no longer need to raise debt to survive, you don’t care which agencies short sellers can manipulate.'"

Tesla’s desire to be sustainably profitable is completely understandable, and it's certainly the right thing to do. But the company should allow itself a bit more time to make it a reality. To move from one extreme to another in such a condensed time period could be perplexing for Tesla’s top management.

"How else can you view it except to see it as a remarkable example of lack of foresight or planning?" Ramsey asked. "It's almost as if the decision was announced and made without any analysis of what the outcome would be."

What can Tesla do?

As Tesla continues to experience rapid growth, the Silicon Valley automaker has an intriguing example worth examining — Amazon.

Despite becoming a company with more than $200 billion in annual revenue, Amazon continues to be barely profitable. In the fourth quarter of 2018, Amazon reported net sales of $72,383 billion. Net income for the quarter: $3,027 billion.

Amazon was a completely different beast just a few years ago. In the first three quarters of 2012, Amazon reported $39,825 billion in net sales but reported a net loss of $137 million. But recovered nicely in the fourth quarter, to close the year with a loss of just $39 million.

As you can see from the table above, Amazon’s net income was all over the place (2008-2015), but revenue kept growing at a breakneck pace. It’s clear that Amazon had a plan in place to spend as much as it could without breaking its balance sheet. The market and investors were more than happy to oblige because the company was showing a steady increase in revenue, while also proving beyond any doubt that it can be profitable if it wants to.

Tesla needs to do exactly that.