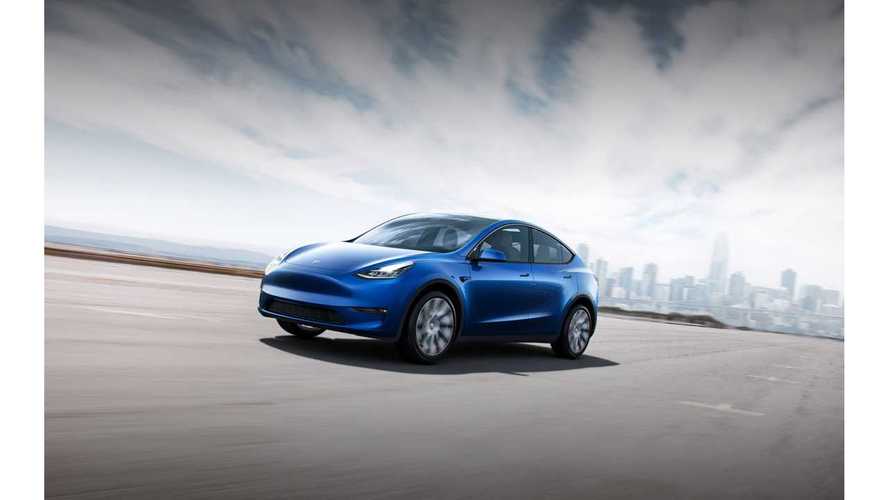 TESLA BRINGS 'S3XY' BACK WITH THE LAUNCH OF MODEL Y

After so much anticipation, Elon Musk walked on stage at the LA Design Studio in Hawthorne California and introduced Tesla's newest addition to its line-up, the Model Y. Fortunately, Model Y looks to share some commonality with Model 3 which could translate to a production ramp that moves more rapidly than prior new cars introduced by Tesla.

Above: A 3-minute recap of the Model Y launch event (Youtube: The Verge)

“It has the functionality of an SUV, but it will ride like a sports car,” Musk said. “So this thing will be really tight on corners.” And Musk added, "This will be the safest mid-sized SUV by far.”

The Verge reports, "The Model Y will have a panoramic sunroof and 66 cubic feet of cargo space... Roomier than a Model 3 but not as imposing as a Model X, the Model Y can seat seven, as demonstrated during the event Thursday evening at Tesla’s design studio outside Los Angeles."

Above: Under the skin of Model Y (Source: Tesla)

Musk also said progress was being made on the company's Autopilot functionality. In reference to Model Y's ability to execute self-driving functionality, Musk notes, "The cool thing is, it’s ‘feature complete'... It will be able to do basically anything just with software upgrades.”

Above: A side view of the Tesla Model Y (Image: Tesla)

Can Tesla attract a new market segment with Model Y? Jessica Caldwell at Edmunds says, "Tesla has the right foundation for the Model Y to be a turning point: Tesla has the youngest buyer base of any luxury brand, and the Model X has more female buyers than any other vehicle in the brand’s lineup. If the Model Y is priced right, offers a roomy interior, and delivers flawless safety and quality, it has the potential to be the ‘it’ vehicle for young families.”