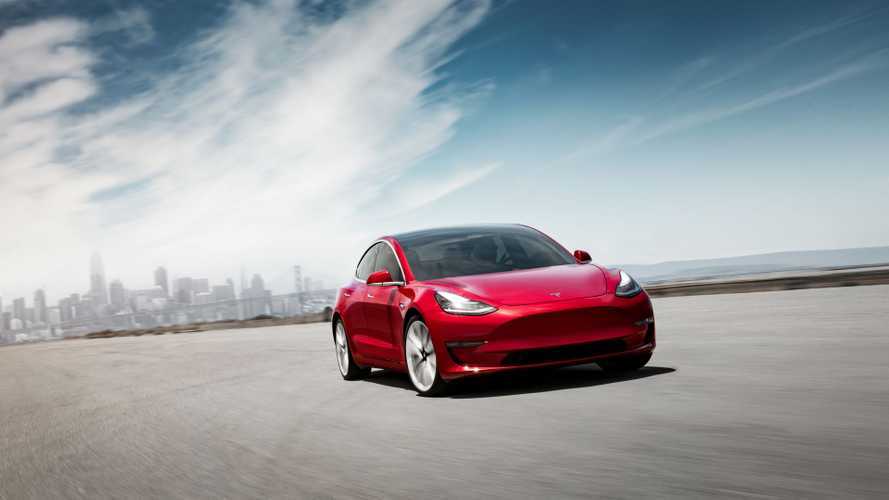 Autocar took hold of one of the first Tesla Model 3 sedans to arrive in Europe. It has a ton to say, but let's just focus in a bit on the necessary details. We can honestly say up front that the publication was thoroughly impressed with the Model 3 Performance variant, though there are surely caveats.

Autocar begins its report by giving proper credit to Tesla and calling out the huge influx of naysayers and haters, so this must be good stuff, right? Yep, you got it!

As the story goes, the midsize Model 3 offers plenty of space in the front, as well as the rear. However, taller rear-seat passengers may wish for more headroom. However, within the segment, and especially in regard to sportier models, this is the norm.

From low speeds, it’s almost too responsive: you have to use your big toe gingerly to avoid inadvertently activating the stability control away from T-junctions or finding yourself executing improvised overtaking manoeuvres when all you had planned was a nip into a lull on the dual carriageway.

Up to about 50mph, it feels quite brutal at full power: supercar-fast without question but different in its synapse-quick responsiveness and uncanny seamlessness. But from there on, as the directly driven motors drop away from peak torque, its outright potency gets easier to deploy and process. Up to everyday motorway speeds, it still feels really muscular and properly sporting under your foot. Above that, the car apparently can go on all the way to 155mph, but we're not sure there are Superchargers close enough even on German autobahn to encourage us to witness the car’s ability to drain its battery at that sort of lick.

On the other side of the coin, the publication is all too unhappy with the car's center-mounted touch screen and lack of an up-front speedometer or dash-mounted controls. Add the lack of an available head-up display and there are true issues in comparison to rivals' models.

In terms of estimated range, Autocar is not sold, but says the Model 3 is "still pretty good." Despite estimates based on the WLTP test cycle. The publication explains:

... the Model 3's range doesn’t seem to be quite what the WLTP tests suggest, but it’s still pretty good. The best energy efficiency we saw over a couple of days of testing was the equivalent of 3.9 miles per kWh. So, driving like a saint with an aversion to more than 45mph, you might just get 300 miles out of a charge. Driving more typically, in mixed urban and out-of-town use and enjoying a biggish lug of power every now and again, you’ll get more like 2.8 miles per kWh, giving you 210 miles between charges.

In the end. Autocar claims the Model 3 forces you to sit too high, the ride can prove rough, and steering is lackluster. As it goes, the publication decides not to push for or against promoting people to buy the car. Since it hasn't driven the $35,000 Standard Model 3, it's impossible to say if it's truly worth the money or not.

Still, Autocar concludes that this is surely " a better Tesla" overall. Nonetheless, it eagerly anticipates upcoming competition from the likes of Audi. MB, VW, and Volvo (Polestar).

Autocar really has so much more to share, and it's quite positive in many ways. To partake in the full grasp of Autocar's comprehensive Tesla Model 3 review, follow the source link below.