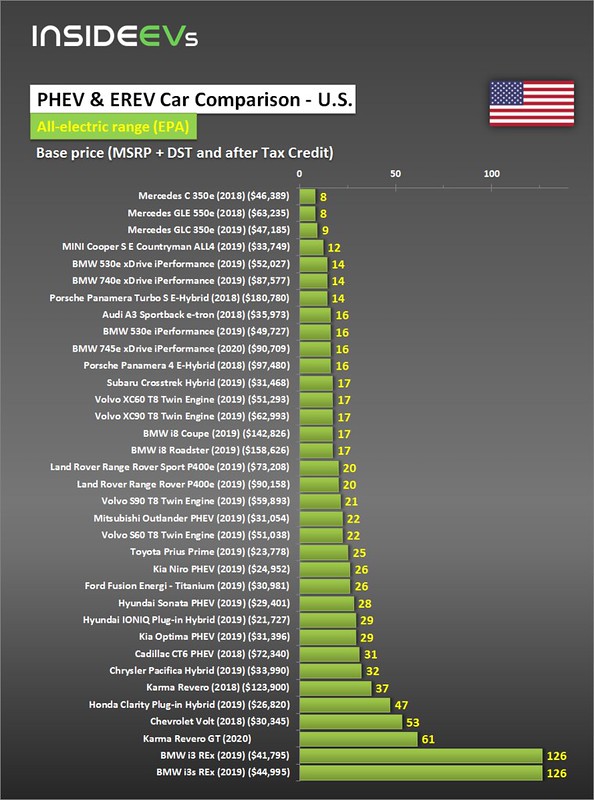 February was really tough this year. Despite general progress on the automotive market, plug-in electric car sales in the U.S. barely exceed year-over-year growth. It would not make us happy if the string of 41 consecutive months of growth was broken.

In total, sales amounted to 17,239 (according to InsideEVs estimations and manufacturers reports), which is 2.3% more than a year ago. The low pace of growth is a result of weaker sales of many plug-in models that are retiring or awaiting updated/additional versions, losing part of the federal tax credit, as well as supply constraints of new models.

Roughly 60% of sales in February were all-electric cars.

The top-selling model was again the Tesla Model 3 - estimated at 5,750.

In February, the LOL chart once again reveals a slower pace of growth of the Tesla Model 3 – but nothing to worry about. Model 3 sales were focused on exports.

Moreover, Tesla Model 3 is now the #1 plug-in car (regardless of type BEV/PHEV) in cumulative sales, despite it being the newest on the chart (20 months old). The overall result is 153,796 (estimated), compared to 153,434 Chevrolet Volt (partially estimated)

With production of the Volt now ceased, the third place Tesla Model S at 145,567 is soon to be second best.