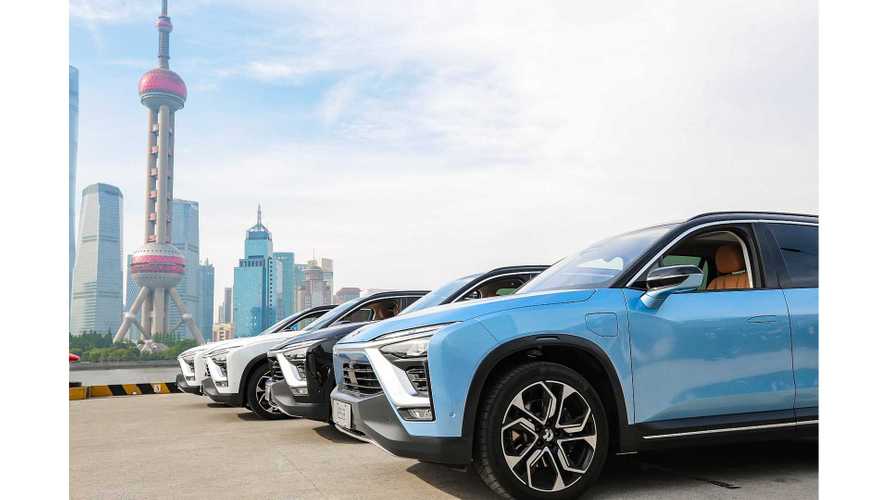 NIO encountered net losses, a slow start of the year and now termination of the plant plan.

Chinese company NIO just released financial results for the fourth quarter and full year 2018, which reveals a change of plans about its own manufacturing plant in Shanghai (more on that below).

Let's start from the business perspective. NIO is in the early stage of the development with a single model on the market (ES8) and a second one (ES6) planned for launch in May. Here is what we found in the report:

Full year 2018 As you can see, net losses remain high compared to revenues.

NIO reports financial results for Q4 and full year of 2018

Q4 was quite strong for NIO, but the year 2019 starts slowly with just 811 deliveries in February. Here is how NIO explains why sales decreased:

"Deliveries of the ES8 in January and February 2019 were 1,805 and 811 vehicles respectively, which reflect a greater than anticipated slowdown in monthly deliveries compared to December 2018. The sequential slowdown in vehicle deliveries in January and February was mainly caused by accelerated deliveries made at the end of last year in anticipation of EV subsidy reductions in China in 2019, the seasonal slowdowns surrounding the January 1st and Chinese New Year holidays, as well as the current slowdown of macro-economic conditions in China, particularly in the automotive sector."

NIO currently produces its cars in partnership with JAC in JAC's plant in Hefei, China. The plan announced in 2017 envisioned its own factory in Shanghai, but that not gonna happen. NIO has terminated the plan and says that the JAC plant will remain sufficient for the next 2-3 years.

It's hard to say whether building a new factory is too capital-intensive for NIO with high net losses or the anticipated demand for NIO cars is lower than two years ago.

“In the fourth quarter of 2018, with 7,980 vehicles delivered to our users, the ES8 became the best-selling 7-seater SUV model in the premium sector with a MSRP over RMB400,000. As the number of NIO vehicles on the road across the country continues to grow, top-quality service is a competitive distinction and is core to our strategy of delivering a holistic experience that exceeds expectations. We are proud of our dedicated NIO Power and NIO Service teams for their hard work and seamless 24/7 support to users during the past year, especially during the Chinese New Year season, the busiest travel period of the year.” Mr. Li continued, “Looking to the year ahead, we believe that our user community will continue to grow, and we are excited that we are about to begin deliveries of the ES6 and the 6-seater ES8 variant as we remain focused on continued market penetration through enhanced products and services.”

“We exceeded our production and delivery targets in 2018, which allowed us to beat the revenue targets we set for the year,” added Louis T. Hsieh, NIO’s chief financial officer. “We are pleased to have received continuous support from the financial markets and strengthened our balance sheet, which allows us to expand our sales, service and charging networks and to prepare for production and delivery of our ES6. That said, we expect a greater than anticipated sequential decrease in deliveries in the first quarter 2019, partially due to accelerated deliveries made at the end of last year in anticipation of EV subsidy reductions in China in 2019, as well as the seasonal slowdowns surrounding the January 1st and Chinese New Year holidays. We also expect deliveries in the second quarter 2019 to reflect continued weakness as we await the results of the 2019 EV subsidy policy in China and improvement in the macro-economic conditions. On the positive side, we have witnessed strong interest in the ES6 from consumers and media, and particularly from referrals of existing ES8 owners. We expect our ES6 order backlog to increase as ES6 show cars are delivered to our NIO Houses in May so potential buyers can actually see, touch, test drive and experience the ES6's exceptional driving performance and comfort.”