Fiat Concept Centoventi Is Electric, Offers Up To 311 Miles Of Range 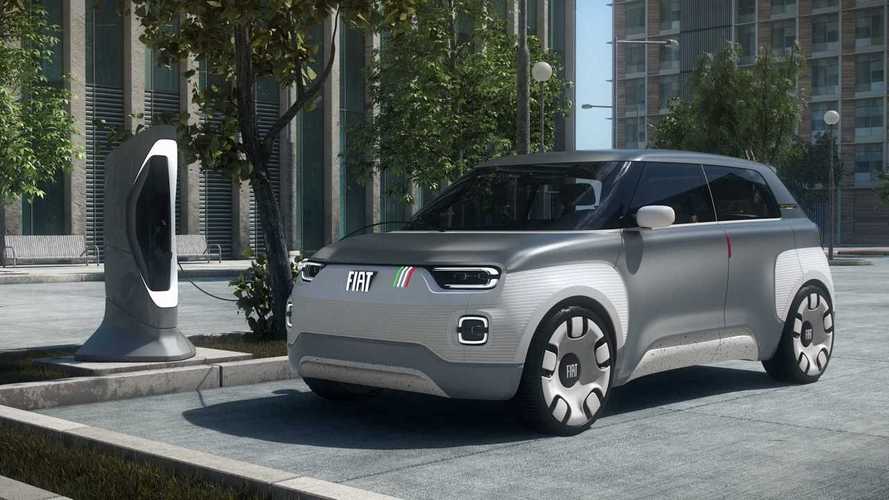 The new Fiat Concept Centoventi, debuting at this year’s 2019 Geneva Motor Show, is supposed to be much more than a preview of a new, high-riding city car. It celebrates Fiat’s 120th anniversary, features an all-electric powertrain, and previews a cabin style that owners can amplify with add-on accessories. There’s a lot to unpack here.

Under that skin is an all-electric powertrain that Fiat says would make the Centoventi “the market's most affordable electric mobility solution.” While there’s no information on how many electric motors or how powerful they’d be, Fiat does mention a modular battery pack that would allow owners to extend the car’s range from a modest, city-friendly 60 miles to 311 miles (and presumably ranges in between those two figures). That’s just the tip of the customization iceberg, though.

According to Fiat, the Concept Centoventi is entirely customizable. Try not to roll your eyes over the reemergence of this concept car trope, because some of what Fiat is talking about is pretty neat. The Centoventi would be produced in a single blank-slate configuration, which owners could then customize through the so-called 4U program. With four roofs, bumpers, wheel covers, and wraps – as well as an additional 120 accessories at launch – for owners to choose from, customization could take place well after delivery. Fiat says that with the Concept Centoventi, “owners no longer have to wait for new special editions or facelifts, as they can ‘change’ their cars any day they like.”

That customization extends to the cabin, too. With what Fiat calls the “plug-and-play” principle, owners can add and remove items from the dash, which has numerous small holes. On a broader level, owners can change things like the sound system, dashboard, door storage compartments, and seat cushions. Dealer assistance would only be required for the bumpers, roof, wrap, instrument cluster, batteries, and digital tailgate.

Oh yeah, this car has a digital tailgate. Yet another concept car trope we thought (and hoped) had died in the 2000s, there are no official images of the rear display. But Fiat does describe its functionality, which would include the ability to switch into a messenger mode at a standstill. If that doesn’t sound terrible enough, Fiat also says the tailgate can “easily become an ‘advertising billboard,’ which can be rented out to advertisers, to recoup the cost of parking.” Remember how we said you shouldn’t roll your eyes over customization? After reading that last graph, feel free.

There’s no word on when Fiat would build a production version of the Concept Centoventi, but based on the language used in the release, it looks like the company is firmly committed to the ideas this car pioneers.