Jaguar I-PACE Is Awarded UK Car Of The Year 2019 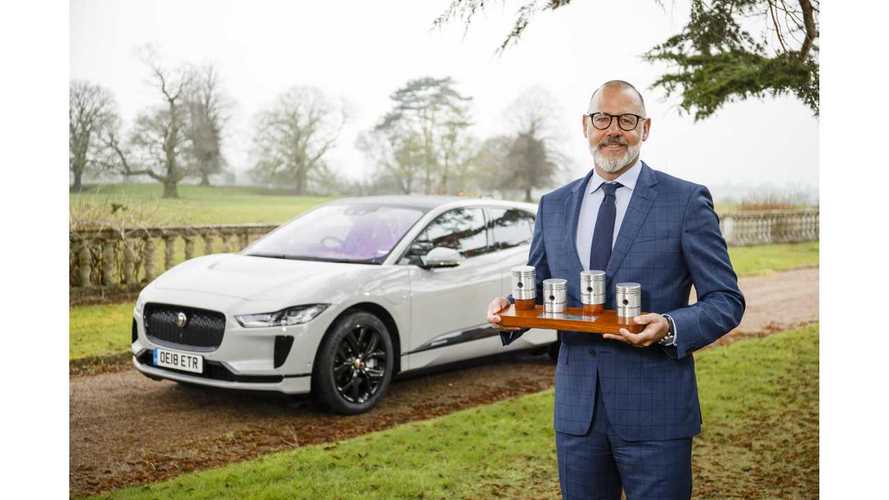 But pistons as a trophy?

The all-electric Jaguar I-PACE received another award - this time from its home market. The I-PACE was named UK Car Of The Year 2019 by a panel of 29 top UK automotive journalists, beating over 80 new models.

"UK Car of the Year judges praised the I-PACE for being ‘miles ahead of the premium EV pack, designed and engineered without compromise for an electric future, unlike big-name rivals still to launch.’ According to other judges the I-PACE ‘gives executives good reason to switch to electric mobility, packaging a long-range battery and powerful drivetrain into a sporty SUV body. It’s an electric car that appeals to both head and heart.’"

The Jaguar I-PACE’s next shot at glory comes with the European Car of the Year Awards, when the winner is announced on March 4th, the eve of the Geneva Motor Show. The I-PACE is on the final shortlist of seven cars vying for the title."

“This latest major award for I-PACE is something we can all be extremely proud of. This car was conceived, designed and engineered in Britain, so to have a selection of the nation’s leading automotive journalists vote it as the overall UK Car of the Year against some stiff competition is a special moment for us. What's more, I-PACE has been a global sensation, picking up awards in 15 different countries; the British reputation for excellence in innovation and engineering is certainly alive and well.”

“As vehicle manufacturers take electric vehicles more seriously, Jaguar is leading the pack with I-PACE, which offers fantastic range and performance as well as a stylish and spacious interior for driver and passengers. The UK Car of the Year Awards judges are always keen to recognise innovation and that is certainly the case in 2019.”