In Post Subsidy Era, How Will EV Battery Makers Survive? 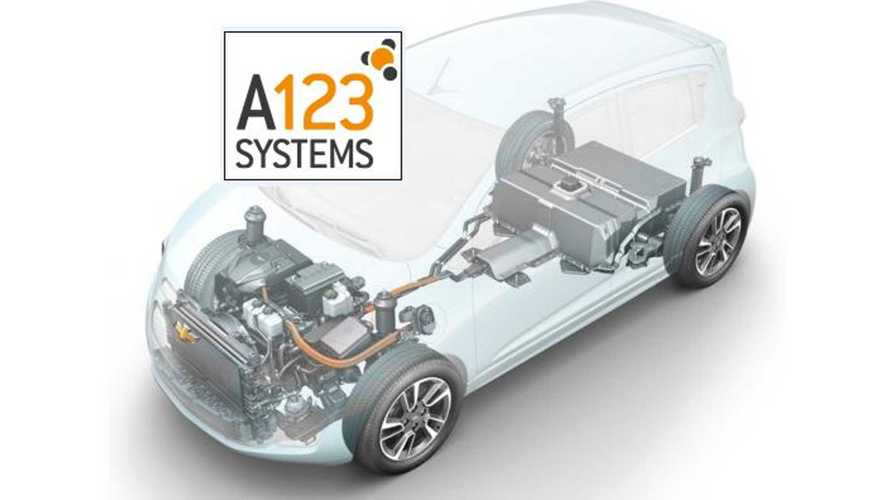 When subsidies vanish, what happens?

In 2018, the Chinese market saw a decrease of 2.76% in new vehicle sales volumes. Many market segments recognized similar rates of decline. Under the general recession, the Chinese NEV (New Energy Vehicle) market is the only one to emerge and rise out of the situation to achieve a 61.74% growth. The total sales volume reached 1,256,200. There is no doubt that the demand for batteries will increase as the NEV market continues to expand. However, not all battery companies are capable of achieving the rapid growth. As the subsidies decrease, the NEV market has to switch from being policy orientated to being market focused, while OEMs must work with battery companies to launch products that have long cycle life, low cost, and high safety. Therefore, the cost pressure to both OEMs and to battery suppliers will gradually increase. Meanwhile, companies that have strong technical capabilities and clear marketing strategies will be able to capture the opportunities.

As one of the main battery suppliers, Wanxiang A123 can provide over 35 million batteries that can satisfy customers’ 7GWh battery capacity requirement. Compared to 2017, this capacity is a significant increase. For the challenges that 2019 will bring, Peter W. Cirino, the General Manager of Wanxiang A123, has every confidence. Wanxiang A123 will continue to develop the cost structure, improve efficiency, increase input in research and development, and accelerate innovation in order to provide high-capacity, cost-competitive, and technically advanced products for our customers. Based on these factors, Wanxiang A123 expects to achieve more than 50% growth in 2019.

In recent years, the international emission standards have gotten harsher, while the Chinese government has launched the NEV & CAFC credit policies. New energy subsidies are gradually decreasing and will be eventually cancelled. Finding the best solution must take into account the policies, energy efficiency, and cost, and thus the 48V mild-hybrid solution is gradually becoming the choice of many companies to research and develop.

In fact, Wanxiang A123 began to concentrate on the development of 48V products from as early as 2013 and had a gross investment of $224 million in the development of 48V Mild-Hybrid Battery System. The system adopts the proprietary technology of UltraPhosphate™ and allows the power density of the battery cells to reach 5900W/kg resulting in a systems level power density that exceeds 2000W/kg. The 48V system has long cycle life and high safety. The project team has developed a natural cooling design and produces the battery in a smaller size to make it easier for vehicle integration. Wanxiang A123’s 48V products lead the industry with large scale production both inside and even outside of China. It successfully integrates into cars of 13 mainstream OEMs all over the world, the global market share of which ranks number one. Benefitting from years of technical advancements and leading the industry in LFP technology, Wanxiang A123’s 48V battery system was successfully implemented into Geely’s newly launched NEV, the Borui GE MHEV, and allows the vehicle to achieve 15% fuel savings. This helps Geely successfully step into the mild-hybrid vehicle market.In 2018, Wanxiang A123’s 48V battery was honored with the “Automotive News 2018 PACE Award” which honors superior innovation and technological advancement in America. Wanxiang A123 owns the most diverse 48V battery portfolio, two of which has been applied in P0 Architecture. Furthermore, it is known that the company has developed its second generation product, which has higher power and more capacity. The product’s ultra-high performance makes it easy to integrate other functions of the electrical system into the 48V system so much so that it has received orders from international luxury car brands.

Wanxiang A123 not only occupies the global leading position in the field of 48V products, but also has made advancements in NMC products and continues to invest in further research. According to Mr. Cirino, Wanxiang A123 has never stopped investing in the development of the high energy products. The company first applied NMC technology into cell production for passenger cars in 2013. Over One-hundred-thousand cars with NMC cells are on the road today and set a record of zero safety accidents. In 2018, Wanxiang A123 ranks NO. 3 in terms of cell pack applications and has been awarded a new project for high energy products whose value exceed $1 billion. In order to accelerate the development of high energy density & high power products, the company invested another $208 million on R&D, expecting to develop a list of ten high capacity battery products and establish 5 laboratories to achieve a technical advantage worldwide.

In the early 2018, Wanxiang A123’s 52Ah VDA cell was successfully launched. The product features high power density (approximately 260Wh/kg), high power (power at room temperature output power density of each 10 seconds reaches 1500W/kg), long cycle life (life is estimated at 1500 cycles at high temperature), and high safety  (pass multiple tests required by GBT-31485-2015, and USABC nail penetration test and reach the EUCAR3 Standards). According to the news shared by Mr. Cirino, Wanxiang A123 will launch the NMC811 high energy product in 2020. By partnering with Argonne National Laboratory and improving upon materials, Wanxiang A123 was able to develop multiple levels of battery safety that fundamentally solves the previous safety problem. What’s more, Wanxiang A123 has its specialized R&D team continuing their research on the materials, and constantly breaking through technical barriers in high energy anodes and nickel rich cathodes to achieve the highest driving range in the vehicle market.

In early 1999, the holding company of Wanxiang A123, Wanxiang Group started to invest clean energy, developing the battery industry and electric vehicle industry. Three years later, Wanxiang Electric Vehicle Limited Company was formed. Wanxiang officially became a new power in the vehicle market, and subsequently invested approximately $1.5 billion into the independent development of clean energy through mergers and acquisitions. Purchasing A123 was the most important action taken.

A123 brings Wanxiang Group the global leading LFP technology and the quality systems that conform to stringent international standards. Its mature experiences of pack assembly and sales channels in the western market also bring advantages for Wanxiang Group’s international footprint. A123 was founded out of MIT in 2001. The same year, it established its R&D center at Massachusetts, USA, and maintains an important connection and collaboration with MIT and Argonne National Laboratory for many years.In 2009, A123 established its manufacturing facility at Michigan, USA, providing assembled packs for GM and Chrysler. In 2010, A123 set up the R&D center in Stuttgart, Germany to serve many European customers the long term. In 2012, Wanxiang Group acquired A123. In 2016, Wanxiang A123 established a manufacturing facility in Ostrava, Czech Republic for conveniently serving the European market that has increasing demands. Customers include Porsche, Jaguar Land Rover, etc. Currently, the European market is Wanxiang A123’s largest growth region outside of the Chinese market. Mr. Cirino revealed that 70% of Wanxiang A123’s business now comes from China while the other 30% comes from the European market, which contributes to its rapid growth.

From the perspective of research and development, Wanxiang A123 adopts the strategy of “Simultaneous Development”, and has set up an R&D Center in Hangzhou (headquarters in China), Massachusetts (USA), and Europe. The centers maintain quality talent in locations that closely serve customers and Wanxiang A123 to “customize strategies according to demands of an ever changing market”. Wanxiang A123 covers all businesses worldwide, from the development process to manufacturing and delivery, and rigorously enforces IATF 16949.

From the perspective of Wanxiang A123, Wanxiang Group not only injects vitality to A123, but also introduces CDB Fund and ICBC Fund to hold equity stocks. It lays a solid financial foundation for Wanxiang A123’s development. From the marketing level, Wanxiang Group, as one of the representing companies of the Chinese component manufacturer, has leading products that occupy more than 65% of market share and extensive experiences in the local market and sales channel, and provides an advantageous situation for Wanxiang A123 to open up the Chinese market. Currently, Wanxiang A123’s products have been successfully adopted into vehicles of local OEMs such as SAIC GM, GAC, Chery, Geely, Changan, JAC, etc.

Mr. Cirino concludes that “First of all, the integration of two battery companies creates advantages in developing the NMC and LFP technologies and helps the company expand in size and distribution both in China and in the overseas markets to better serve global customers and achieve the goal of becoming an international leader. Secondly, Wanxiang Group has been doing business in China for half a century and has possessed a strong brand influence to attract talents and customers, which is a solid foundation. Most importantly, Wanxiang has a great performance in finance and provides financial support for Wanxiang A123’s development, leading Wanxiang A123 to achieve financial growth. After joining the Wanxiang Group, A123 is able to work closely with Wanxiang’s other subsidiaries to create greater value for our customers.”

In order to pool resources and maximize the synergies, Wanxiang Group launches Wanxiang Innovation Energy City that has over $30 billion gross investment. The project will include 12 key construction segments including lithium-ion power battery, new energy vehicle, smart city, CBD community and so on to achieve the integration of “Tangible + Digital”. In the first phase of construction, $10 billion will be invested to build a Lithium-ion Battery Base that will have 80GWh of battery manufacturing capacity (one of the largest lithium-ion battery manufacturing bases of the industry), an Advanced NEV Manufacturing Facility, and an International Battery Innovation Center. Besides, the Wanxiang Innovation Energy City will have a battery recycling base and an energy storage facility that uses batteries to store solar energy. All in all, the Innovation Energy Stored City will support the whole industry chain and will cover products’ complete cycle life from R&D and manufacturing to client-side application and recycling. Mr. Cirino said, “Innovation Energy City is an exciting project. We will begin to install equipment in 2019 and our capacity will reach 20GWh in 2020. We hope it will be the future of both battery innovation and safe battery manufacturing”.

According to the forecast of some research institutes, global sales of EVs will be approximately 2.6 million in 2019 and will have 40% growth compared to 2018. Chinese NEV sales volume will reach 1.5 million, while the sales volume in European markets will be near a half million. In the words of Mr. Cirino, “2019 will be an exciting year. This confidence is supported by our technical strength and our leading global strategy. Let’s look forward to a bright future!”($1 = 6.69 yuan)