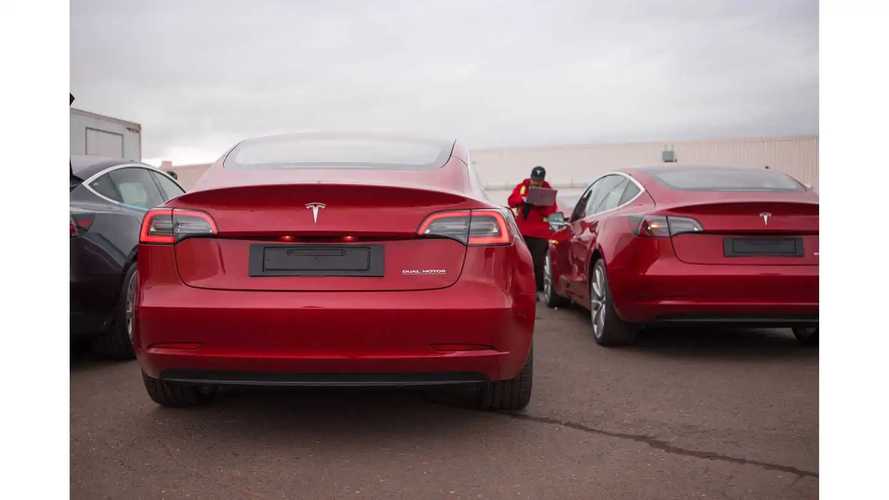 Time for the Chinese invasion to begin.

The first batch of Tesla Model 3 vehicles is soon to be delivered to customers in China with the recent arrival of the cargo ship “Glovis Symphony” at Tianjin Port.

The carrier departed from San Francisco on January 23 and entered the Tianjin Port on February 12 after an 18-day journey. It is reported that another two cargo ships carrying the Tesla Model 3 cars, namely, Morning Cindy and Emerald Ace, are going to arrive at Shanghai Port and Tianjin Port respectively next week. Both two carriers came from San Francisco where Tesla vehicles make their way from its factory in Fremont to the loading dock.

Clients who ordered the first batch of Tesla Model 3 vehicles available for China received confirmation emails from the U.S.-based EV maker on November 16, 2018. Nevertheless, the delivery was deferred many times restricted by the bottleneck in production capacity.

To ramp up the production capacity and shorten the delivery period, the Tesla is accelerating the localization of vehicle manufacture in China by setting up a plant in Shanghai's Lingang Industrial zone, which is expected to achieve an annual capacity of 250,000 vehicles by 2020.

Tesla announced on January 4 that Chinese consumers are allowed to place an order for optional configuration sets of the Tesla Model 3's High Performance All-wheel Drive (AWD) version and Long Range AWD version on Tesla China's official website and at Tesla's experience centers in China from then on.

Before the latest shipment to China, cargo ship Glovis Captain transported around 3,000 Model 3 vehicles to the Zeebruggee port in Belgium in the first week of February. All cars will be handed over across Europe. The Tesla Model 3's inroads in China and Europe are significant for the company to execute its long-term profitability strategy.