The new battery cell comes with improved chemistry which might result in faster charging and discharging, better longevity, and even lower cost

Coming from the Tesla battery research group, this patent promises an incremental step in improving the current Li-Ion batteries that are used in most electric vehicles. The research group - led by Jeff Dahn and located in Halifax - pushes the boundaries for current EV battery technology. Jeff has pretty much been working on Li-ion batteries ever since their introduction, making him the perfect lead in this research. Furthermore, he is credited in pushing the life cycle of the battery cells, an item that ensured the commercialization of these battery cells. The current cornerstone of Jeff's work revolves around a potential increase in energy density and durability. An item that is highly coveted in both the EV and electronics industries. 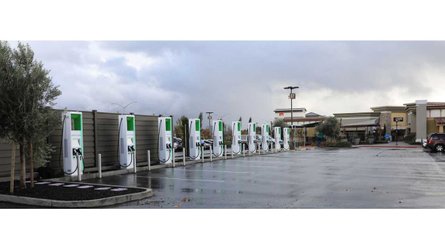 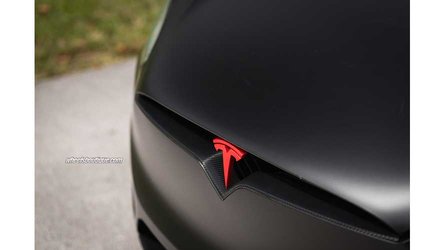 Back in 2016, Dahn has transitioned his research group from their 20-year research agreement with 3M to a new association with Tesla, all under the newly formed ‘NSERC/Tesla Canada Industrial Research’. As part of this agreement, Tesla invested heavily into a new research group close to Dahn's group location in Nova Scotia. Coming as a direct result of their work, this patent outlines a solution that promises improved chemistry within the battery cells. In turn, the solution could help produce EV batteries that feature faster charging and discharging, improved longevity, and finally, a lower production cost.

Even though the news about a new patent comes after a few years of relative silence from Jeff Dahn, people affiliated with the battery industry knew that something was cooking for years. It was well-known (within the battery industry, at least) that Jeff, together with his group, was working on a solution that uses additives to the electrolytes within Li-ion batteries. Designed to increase the performance of the chemistry within the cells, these additives are a key ingredient in this research and the subsequent patent application. And now, after years of research, the group applied on a patent for this technology and made it public last night. The technology is called ‘Novel battery systems based on two-additive electrolyte systems’ and it promises an impressive leap in battery tech.

The documentation attached to the patent application reveals how Dahn and his team were able to prove that using several additives to Li-ion batteries can improve the battery performance, lifetime expectancy, but also, cut the production costs associated with Li-ion battery cells as well. If you dug deeper into the matter, you'll find out that, generally, five additives are needed. However, Dahn and his team came up with a solution where only two are used to deliver the same results. Quite fascinating!

Additionally, the patent outlines how the new two-additive mixtures in an electrolyte solvent can be used with lithium nickel manganese cobalt compounds, which is also known as an NMC battery chemistry. While the solution is routinely used by other carmakers, it's not used by Tesla. The U.S. based carmaker uses the tech in its energy storage systems. However, they use NCA for the battery cells powering their vehicles. But, the new patent filed by the Tesla battery research group, describes how the new battery technology could be useful in both electric vehicle and energy grid storage applications.

A full summary of Tesla’s new battery patent awaits you below. Furthermore, you'll find images from the patent application and the full specification sheet. It's a long read, but if you're into battery tech, you'll love this. And quite frankly, we can't think of a better way to spend the morning, than by taking your daily dose of internet-powered commute with some batter geek talk. On the other hand, we're well aware that everyone expected a solid state battery patent or something alongside those lines, but this can't be labeled as disappointing in any way, as the technology outlined in this patent could allow for much better utilization in both energy storage applications and commercial vehicles use.

More specifically, lithium nickel manganese cobalt oxide (NMC) positive electrodes, a graphite negative electrodes, a lithium salt dissolved in an organic or non-aqueous solvent, which may include methyl acetate (MA), and two additives to form a battery system with desirable properties for different applications. The electrolyte solvent may be the following solvents alone or in combination: ethylene carbonate (EC), ethyl methyl carbonate (EMC), methyl acetate, propylene carbonate, dimethyl carbonate, diethyl carbonate, another carbonate solvent (cyclic or acyclic), another organic solvent, and/or another non-aqueous solvent. Solvents are present in concentrations greater than the additives, typically greater than 6% by weight. The solvent may be combined with the disclosed two-additive pairs (such as VC with DTD, FEC with DTD, a mixture of VC and FEC with DTD, or another combination) to form a battery system with desirable properties for different applications. The positive electrode may be coated with a material such as aluminum oxide (Al 2O 3), titanium dioxide (Ti02), or another coating. Further, as a cost savings, the negative electrode may be formed from natural graphite, however depending on the pricing structure, in certain instances artificial graphite is cheaper than natural graphite.” 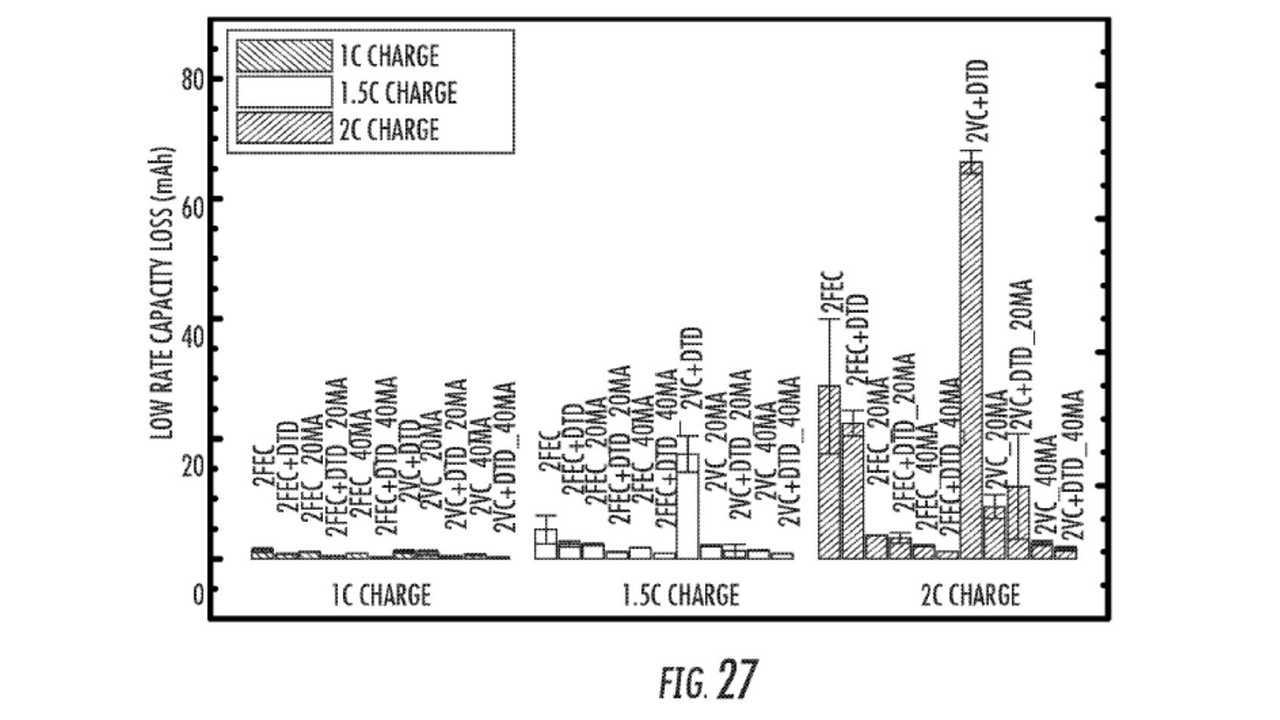 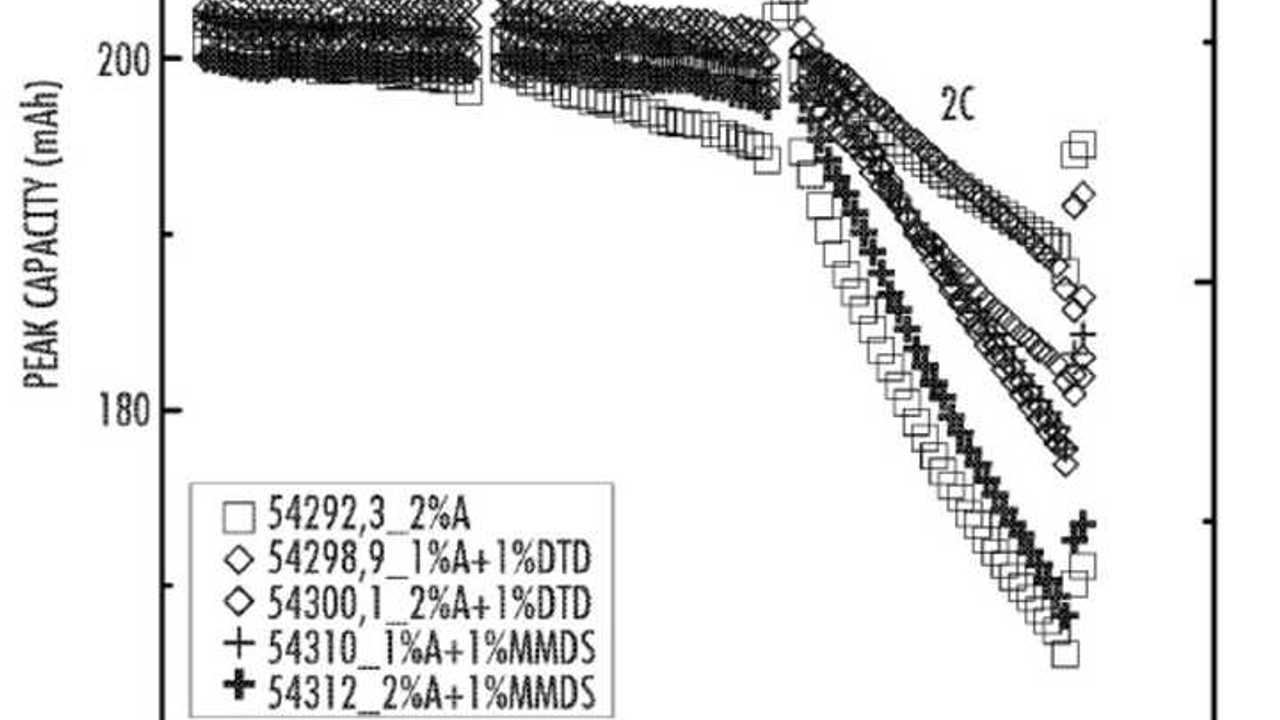 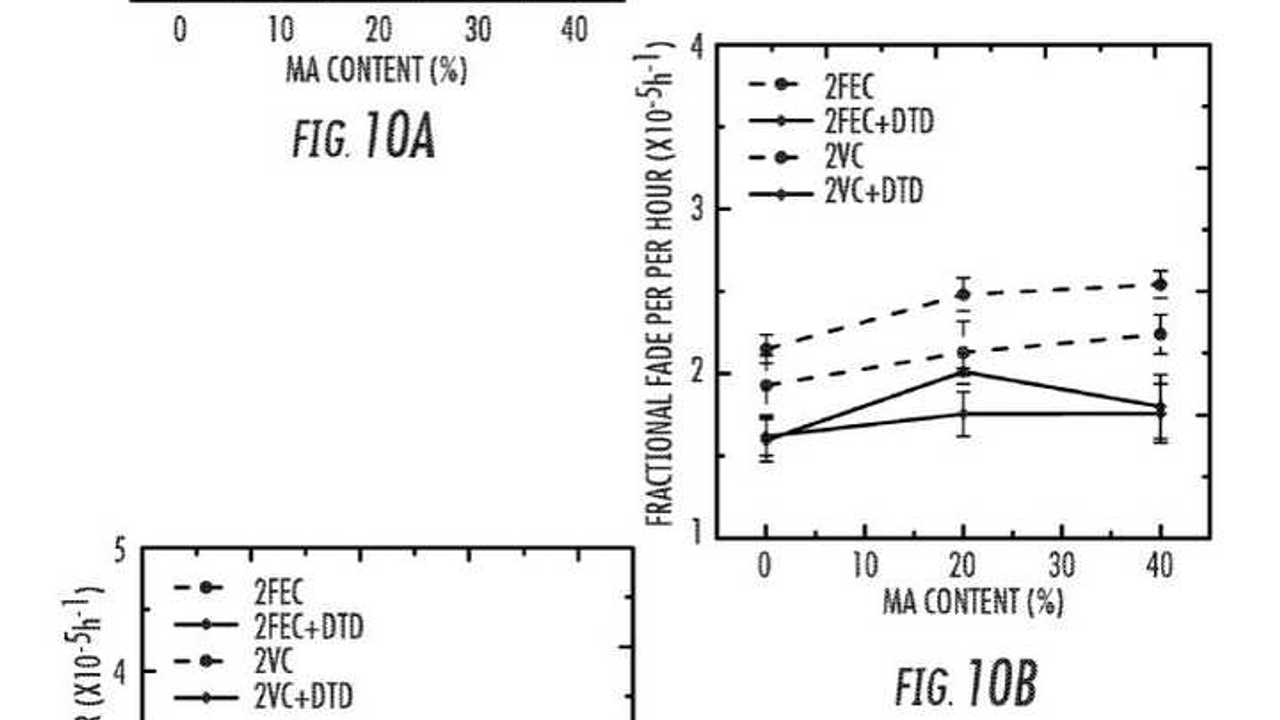