Some hit or exceeded the target, while others did not. 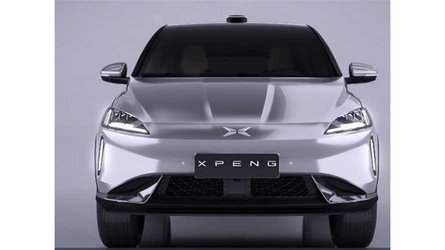 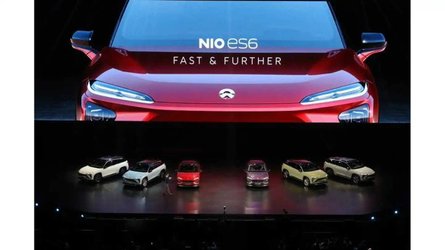 The sales mainstay was still the BAIC EC Series. The 2018 sales of the EC Series rose 16.6% over the year-ago period to 90,637 units, accounting for 57.36% of the company's total sales, according to data from the China Passenger Car Association (CPCA).

The all-new Roewe Ei5 hit Beijing's market before the new NEV subsidy policy officially comes into force. Its price after subsidy ranges between RMB128,800 and RMB158,800, which is RMB5,000 cheaper than the 2018 Roewe Ei5.

Chery New Energy obtained the NEV production qualification from China's Ministry of Industry and Information Technology (MIIT) last year, joining the family that was granted such certificate by both the MIIT and China's National Development and Reform Commission (NDRC).

Chery currently has a NEV product lineup consisting of the Tiggo 3xe, the eQ1 400 and the ARRIZO 5e 450, etc., covering mini-sized vehicle, compact sedan and small-sized SUV. The eQ Series made up nearly 50% of Chery's NEV annual sales.

The automaker has not disclosed the NEV sales goal for 2019 yet.

Zotye Auto was ambitious to challenge a sales target of 80,000 NEVs for 2018, while only 33,872 vehicles were finally delivered.

The carmaker owns several NEV models like the E200pro, ET450 and Z500EVPro. It has said Zotye is going to build its own hybrid gasoline-electric models and fuel cell-powered models in the future.

ZHIDOU (ZD) has faced a sales downturn after the government uplifted the threshold to NEV subsidies. According to the CPCA's data, ZD posted a YoY plunge of 63.9% with 15,336 NEVs delivered during the past 2018.

JMEV, the NEV arm of Jiangling Motors, had its NEV sales in 2018 successfully exceed the 40,000-unit sales target.

It is reported that JMEV plans to roll out 3 all-new models in 2019 to widen its product market coverage.

JAC Motors sold a total of 63,671 new energy PVs, achieving a splendid YoY increase of 125.28%. Meanwhile, the new energy PV was also the fast-growing business sector for the automaker.

However, it seems that how to improve the product quality and reinforce the brand influence are more important for JAC Motors than only completing sales target.

GAC NE reportedly aims to double the sales in 2019, which is quite a hard challenge under the pressure caused by further subsidy phase-out.

China-based EV startup NIO has delivered a total of 11,348 ES8s by the end of 2018, among which 3,318 units were handed over in last December, according to NIO's sales report.

“NIO delivered 11,348 ES8s in 2018, which has been beyond the initial goal we set in the first year going public. Some milestone fruits we gained last year include outputting and delivering over 11,000 ES8s and launching the NIO ES6 high-performance long-range intelligent all-electric SUV,” said Li Bin, “we will continuously expand our market and further improve the  systematic efficiency for NIO's development and operation.”