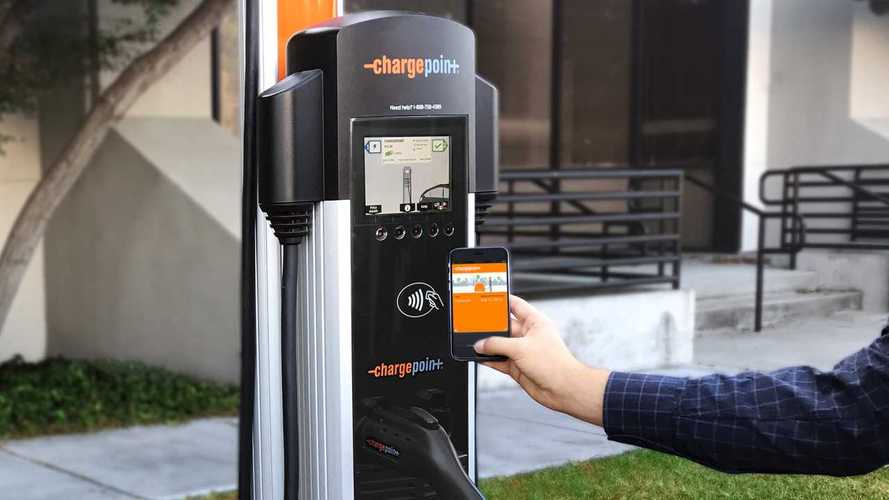 There are still a lot of myths and misunderstandings about EV infrastructure.

Few people in the EV business have as much experience as Darryll Harrison. Before becoming ChargePoint’s director of global communications in 2016, Harrison managed comms for the launch of three different electric vehicles. He worked at Nissan in 2008 and 2009 leading up to the launch of the LEAF. Then he had a brief stint at ill-fated Coda in 2010 before moving to Volkswagen to introduce the first generation E-Golf.

I spoke with Harrison last week to discuss his decade in the field. Back in the day, he said, “You had a lot of early adopters that were totally into sustainability.” Now, Harrison said, battery-electric vehicles have expanded from small hatches to SUVs and every other segment. “The practical nature of EVs is starting to resonate.”

ChargePoint was founded in 2007. Harrison said that its recent growth has been dramatic – essentially matching the rise in the number of EVs on the road. Just in the two years since Harrison joined, the staff has expanded from about 220 employees to approximately 550 spread across the globe.

For Harrison, fueling patterns for an EV are more like charging a phone rather than the chore of gassing up a combustion car when the tank approaches Empty. “You don't wait for your batteries to go dead,” he said. “The more people have EVs the more they’re going to want to charge where they are.”

Here are a few other things I gleaned from the conversation.

EV Charging Is an Amenity – Not a Standalone Business Harrison said that more than one-third of ChargePoint stations today are free. “We don’t make money selling electricity, and we don’t encourage most of our customers to make money on electricity,” he said. ChargePoint’s business is selling charging hardware, as well as the software solutions to maintain the stations. It’s the station owners who determine the price – not ChargePoint.

When charging is offered at a workplace, it’s an employee perk. When it’s available at public locations (like a hotel or big-box store), it’s intended to attract and retain customers. Tesla and Electrify America networks help sell more EVs. When the owners add a cost, it’s usually to make sure drivers don’t occupy the space longer than necessary.

EV Stations Are Invisible “When I speak with journalists or friends, the refrain is that lack of infrastructure is an obstacle to EV mass adoption,” said Harrison. In response, Harrison asks them to take out their phone and do a search for a charging station close to their home – only to discover locations are nearby and abundant. “They usually say, ‘I didn’t realize they were there.” In other words, there are probably hundreds of available charging stations right around you. But because there’s no big canopy like at a gas station, people don’t realize that they’re there.

The implication – my words, not Harrison’s – is that lack of EV infrastructure is over-hyped.

Shoppers often stay longer and spend more money when they are charging.

Level-2, 240-Volt Rules. Ultra-Fast Charging Is Rarely Used. Harrison said that ChargePoint’s CPE 250, a 62.5-kilowatt DC public charger, is now rolling out. It’s part of a broad platform of ultra-fast charging solutions called Express Plus, which is in Beta development. Harrison said that fast charging right now is “somewhere in the neighborhood of five to 10 percent of charging.”

He explained that ChargePoint anticipates that ultra-fast charging will be increasingly used both for longer trips between destination cities, as well as for occasional opportunistic top-ups in urban hubs. “But we don’t see that being the norm,” he said. Besides, Harrison added, “There are no cars on the road today that can accept anywhere near 350 kilowatts.”

Charging Is Already Interoperable “We have a lot of Tesla drives charging on our network,” said Harrison. “There’s data to suggest that a lot of them charge on ChargePoint the same if not more than on Tesla’s Supercharger network.” Again, that’s because people rarely use fast charging as their primary source of electricity.

Also, ChargePoint has agreements with EV Box, Greenlots, and Canada’s Flo Network to allow EV drivers to roam between networks without needing separate accounts. Harrison doesn’t believe that charging stations are all moving toward use of a credit-card reader. “It’s going the other direction, so that use your phone to start a session,” he said. “I don’t take my wallet with me when I go to the grocery store. I use Apple Pay.”

Fleets Will Push Expansion of EV Market ChargePoint is expanding its fleet business. What’s driving this direction is municipalities and transit authorities working to electrify their fleets – and the rise of ride-hailing, delivery platforms, and car-sharing services. Harrison believes all this activity will take time, but it’s a positive development for EVs. “It might not happen in the next five to 10 years, but as a company, we see that as a shift in mobility, and we are preparing,” he said.