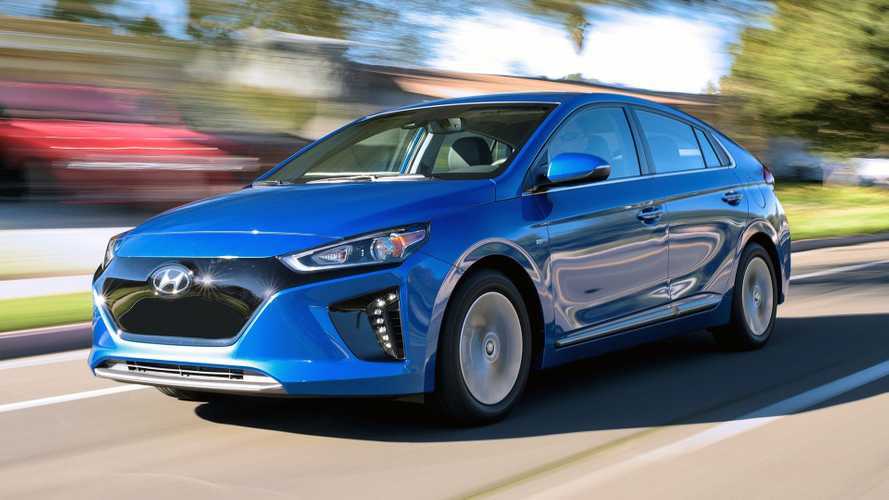 It appears Hyundai quietly upped the price of its IONIQ Electric by over $500.

Just a week ago, Hyundai began selling its 2019 IONIQ Electric in other CARB states, rather than just California. According to a recent story by CarsDirect, within three days of the sales expansion, the automaker bumped up the EV's price by more than $500.

Per CarsDirect, the IONIQ Electric was priced at $30,700 in early January. Now, Hyundai has increased its MSRP to $31,235. Hyundai's site confirms the pricing. It lists the base IONIQ Electric at $30,315, excluding the $920 destination charge. CarsDirect notes that Hyundai increased the EV's starting price by $500 and added $35 to its destination charge. These same increases also apply to the range-topping Limited trim.

Still, the IONIQ Electric offers one of the lowest lease prices in the industry for a battery-electric vehicle. Both the IONIQ and LEAF qualify for the full $7,500 federal EV tax credit. Both also offer a reasonable electric range, though it's not on par with today's long range EVs. The IONIQ will take you 124 miles on a full charge, while the LEAF has a range of 151 miles.

For those willing to wait, the Nissan LEAF e-Plus will offer 226 miles of range. Nissan has not yet announced U.S. pricing, but expect it to be similar to that of the Chevrolet Bolt EV, at around $36,000 give or take.