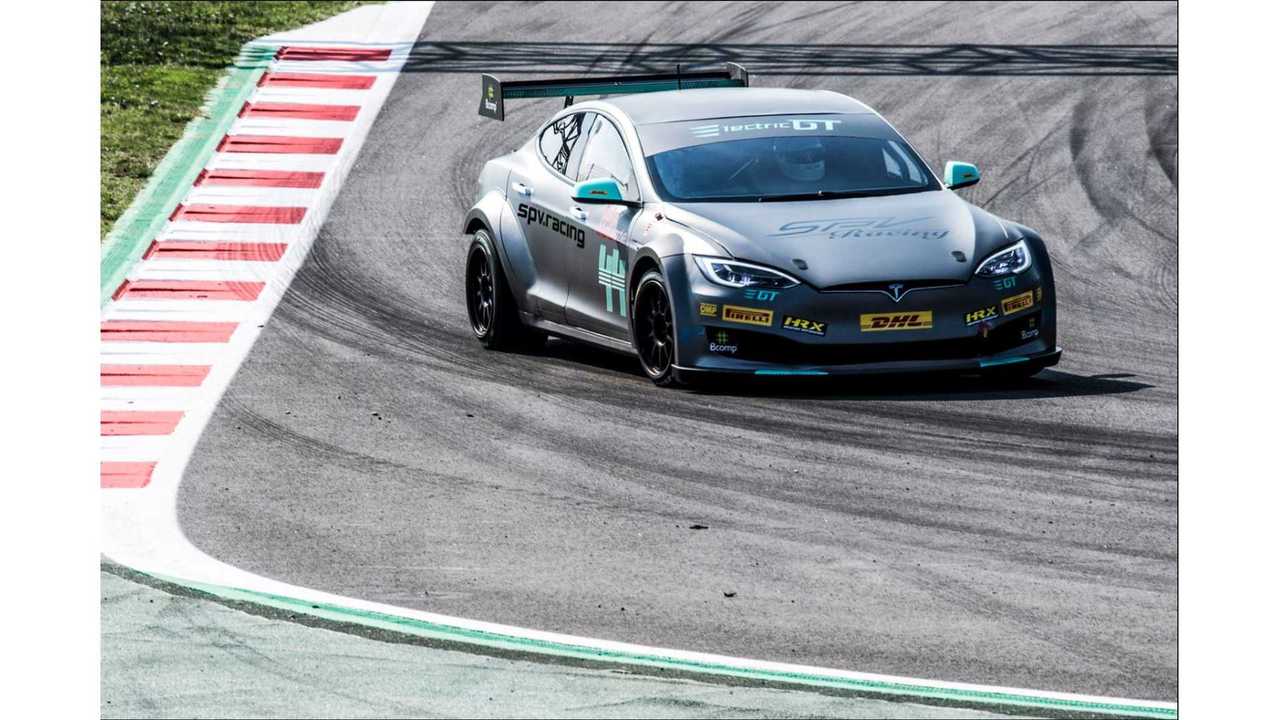 It might seem like a no-brainer that the world’s quickest production cars would be dominant competitors on the world’s racetracks. However, while Teslas have been distinguishing themselves in certain corners of the motorsports world - including street racing and autocross - they have yet to participate in any major racing series.

Above: A look at the Electric GT's Tesla Model S P100D which debuted at the Circuit de Barcelona / Catalunya (Image: Electric GT)

However, the dream of Tesla racing will soon be a reality. The Electric Production Car Series (originally called Electric GT), has been officially sanctioned by the FIA, the governing body for world motorsports. The EPCS will be the second FIA racing series for electric cars, joining the Formula E series, which recently kicked off its fifth season.

For the first season, all teams will use a race car based on the Tesla Model S P100D. However, the circuit is open to other makes of EVs, and it probably won’t be long before some of them join Tesla on the racetrack. (The current season of Formula E includes a separate series of races featuring the Jaguar I-Pace.)

The modified Model S, which was tested at a French track in January 2017, features a beefed-up powertrain with 580 kW (778 hp) of power and 734 lb-ft of torque, as well as improvements to aerodynamics, suspension, braking and cooling. The interior of the car has been completely removed, resulting in a weight reduction of roughly 1,100 pounds compared to the production Model S. Acceleration from 0-100 km is 2.1 seconds, and top speed is 250 km/h.

MAGNUM CAP will be the official provider of charging systems for the series. Each race will have 20 CHAdeMO-standard DC fast chargers, each providing around 55 kW of power.

Above: This Model S is pure adrenaline (Image: Electric GT)

The inaugural season of the EPCS is expected to being late this year or early in 2020, with races in the UK, France, Portugal, Spain, Germany, the Netherlands and a couple of other locations yet to be announced.