Also shows its superiority at the Supercharger

Our favorite Norwegian electric vehicle YouTuber has just named the Tesla Model 3 the efficiency king. The coronation was made after Bjorn Nyland completed a couple more range tests in the Long Range Dual Motor version of the mid-size sedan. We have the video of the high-speed test above, and the "typical" speed run below. Nyland also put together a video discussing his findings with Supercharging the Tesla Model 3 (bottom). Last week, he had tested the Performance version. 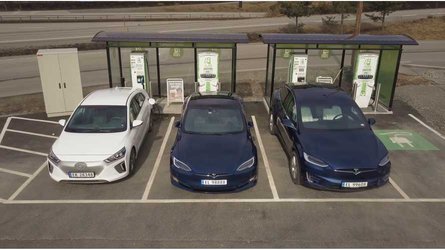 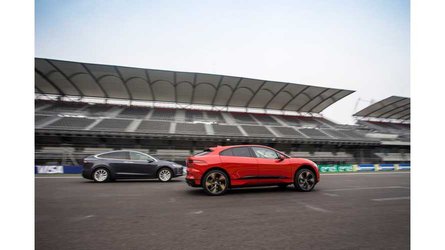 Being world-famous -- in the EV world, at least -- has its privileges. Nyland was graciously given the use of a Solid Black example of the all-electric, sporting 18-inch wheels and the standard aerodynamic wheel covers. To underline the generosity of the loaner, they apparently drove it up from San Diego to L.A. for Nyland's use over the next couple of weeks.

The first test saw the YouTuber take a battery-draining trip at an average speed of 90 kph (56 miles per hour). This was meant to simulate a mix of city and highway driving. The run saw him climbing to a significant altitude. Interestingly, the miles-long descent from those heights saw the car limit use of the brake regeneration. On this trip, he found the car capable of driving 560 km (348 miles) on a charge. Its official EPA range is 310 miles.

The high-speed test stayed a bit closer to the L.A. area, and the footage even includes a shot of the test hyperloop tube snaking along the shoulder of the highway near SpaceX in Hawthorne. It was at the end of this test that Nyland is pretty enthusiastic about the efficiency returns he got from the Model 3. At about 120 kph (75 mph) it demonstrated an efficiency of  176 Wh/km (283 Wh/mile), indicating a range at these speeds of 260 miles.

The Model 3's only competitor in the efficiency arena appears to Nyland to be the Hyundai Ioniq Electric, and he puts out a call to any L.A. owners to take part in an efficiency challenge. While we wait to see if anyone takes him up on his offer, we'll just remind you that, while the South Korean car may demonstrate a higher efficiency, it's also not burdened by a huge battery and enjoys a significant weight advantage to the Tesla.

In the video centered on the Model 3 at the Supercharger (bottom), Nyland points out that the car can handle all the power the equipment can dish out until it reaches a state of 50 percent of charge. Then, the charging rate quickly declines. It will be interesting to see how, or if, this changes with the introduction of Supercharger V3.