Rivian R1T Is A Real Electric Pickup Truck, But Atlis XT Is Not 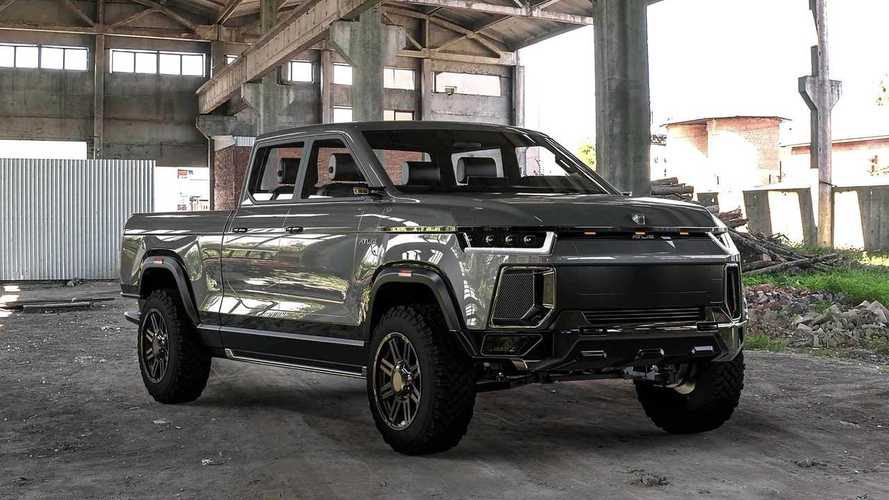 When something looks way too good to be true, it usually is.

Rivian made an impressive debut of its R1t pickup truck at the 2018 L.A. Show in November. The response to the introduction of a legit 400-mile all-electric pickup was overwhelming. So perhaps it’s not surprising to see the blogosphere go gaga again when an outfit called Atlis Motor Vehicles last announced another battery-powered truck on the way. The Atlis XT promises even more range, faster charging, and a lower starting price.

Let's Look At The Tesla Pickup Truck & Its Electric Competition

But anybody who thinks the two companies are equally viable has been inhaling emissions from a Ford F150. This head-to-head rundown should clear things up. See what looks like hype to you.

Atlis: The Mesa, Ariz.-based company was founded in July 2016 by Mark Hanchett. His main previous professional experience was in the field of electric weapons (tasers) and projectiles. It appears that the company has fewer than a half-dozen employees. Ross Compton, the lead vehicle designer, completed studies in automotive design from U.K.’s Coventry University four years ago. His most notable experience since then is fully designing the Bollinger Motors B1 prototype, another unproven electric truck contender. Atlis Motor Vehicles has yet to raise a targeted $1 million to build its first prototype.

Rivian: Irvine-Calif.-based Rivian was founded in 2009 and is led by R.J. Scaringe, who has a doctorate in engineering from MIT’s Sloan Automotive Laboratory. The company currently has about 600 employees spread across facilities in Irvine, San Jose, and Plymouth, Mich. – as well as Normal, IL where it acquired a former Mitsubishi plant. Jeff Hammoud, Rivian’s vice-president of vehicle design, was the former chief of design for the Jeep brand. The company has raised about $450 million through several rounds. Its backers include the Sumitomo Corporation of America and Saudi Arabia’s Abdul Latif Jameel Company.

Atlis: Forget about ultra-fast 350-kW charging, the fast standard expected to arrive later this year. That’s not fast enough for Atlis, which wants to use 1.5-megawatt charging that could top up a 300-mile EV in less than 15 minutes. But in five years, according to Atlis, you can get the job done in a 500-mile Atlis electric truck in five minutes. No details on how big the battery will be in the 500-mile Atlis XT.

Atlis is also sidestepping existing CCS or CHAdeMO charging standards in favor of developing its own system (that will be backward compatible with existing protocols.) For home Level 2 charging, the Atlis onboard charger ramps up the J1772 to its 19.2-kilowatt limit. The company is also talking about building its own next-generation charging stations as well as establishing a proprietary national charging network a la Tesla Superchargers. Atlis’s website includes an explanation of why the company thought about battery swapping and hydrogen – but decided against them.

Atlis: The Atlis XT truck, designed as a working man’s pickup, has only been seen in digital form. It’s hard to list the specific features for the Atlis because it’s entirely configurable. The pickup’s bed layout could be a 6.5-footer, 8-footer, or have no bed at all. Its four motors, one at each wheel, allow a top speed of 120 mph with a zero-to-60 performance in five seconds. Ground clearance ranges from 12 to 15 inches. Towing capacity could be anywhere from 5,000 to 20,000 pounds with trailer capabilities up to 35,000 pounds. Atlis says the fully loaded dually-version of the XT can climb a six-percent grade at 65 miles per hour.

Rivian: The Rivian R1T is an outdoor adventure truck. The company gave a few rides in working pre-production models when it debuted the truck at the 2018 L.A. Auto Show. It’s been nearly a year since the company completed cold-weather testing. Like the fantastical XT, the Rivian R1T also has four motors, one at each wheel. Each motor is rated at 174 horsepower, so total output approaches a mind-boggling 800 ponies. Trips to 60 happen in about three seconds with the 135-kWh version. The R1T has a short 55-inch bed to maximize passenger space. Ground clearance is 14 inches, but it can ford water up to 39 inches.

Atlis: This is where Atlis goes completely off the rails. The company expects to begin selling the XT in 2020 for as low as $45,000. All sales will be direct — no dealerships. In a clever alternative, you can take home an XT in an all-inclusive subscription (including maintenance and charging) for $700 a month. In this scheme, you can get a new long-range, electric pickup every three to seven years. Atlis says it will establish its own network of service centers. You can get on the reservation list now for free – or become an investor at StartEngine.com.

Rivian: The base price for the 230-mile version of the R1T truck is $62,000. But the first vehicle available from Rivian, starting in 2020, will be the 400-mile version. The price for that longer-range model has not yet been announced. Rivian will also sell direct via the Internet, where today you can place a $1,000 refundable deposit. The company also plans to establish branded “experience centers” for learning about the trucks and taking a test drive.

The countdown begins to see who can deliver and who is dreaming.