Is Tesla Navigation Really That Terrible? How 'Bout That Horn?

What are the ins and outs of the Tesla Model 3 navigation system?

We've heard from many people and watched several videos that try to prove that the navigation system in Tesla vehicles could stand to be better. However, the automaker uses over-the-air updates to correct problems and it seems many issues have been addressed. Let's face it, nav systems in many of today's cars are just not up to par. This is the reason many people use Apple CarPlay or Android Auto to deal with their navigation needs. Sadly, Tesla doesn't offer compatibility with either service. So, is the system in the Model 3 really that bad? 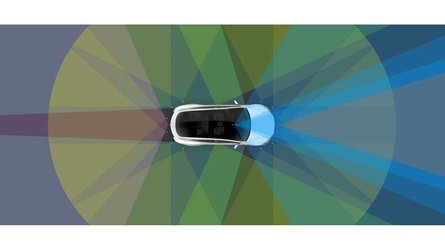 Brian The Money Guy doesn't think so. He actually seems pretty impressed with it. Brian mentions that he has another car with a nav system that he refuses to use. He relies primarily on Waze for his traffic concerns. But, in the Model 3, he uses the built-in nav most of the time. He's impressed with its satellite view, ability to set the map's direction, and reliable voice-activated control feature.

Brian does say that he finds it strange that even though the system seems to know the exit numbers, they're never displayed on the screen. He also says Waze still does a better job when it comes to alerting about traffic "events."

Although the Tesla Model 3 horn has no relation to the car's navigation system, the guys end this video with an interesting discussion about "polite horns" and the fact that the Tesla horn may be best-suited for The Bronx. Apparently, having a "polite horn" in Tennessee is a thing?

What is your opinion of navigation in Tesla vehicles? Is the Model 3 system different from that of the Model S and X? How 'bout that Tesla horn? Let us know in the comment section below.

Video Description via The Money Guy Show on YouTube:

Is The Tesla Navigation and Horn Terrible? We answer these questions and more in this highlight!

Gallery: Is Tesla Navigation Really That Terrible? How 'Bout That Horn?

Gallery: Is Tesla Navigation Really That Terrible? How 'Bout That Horn?