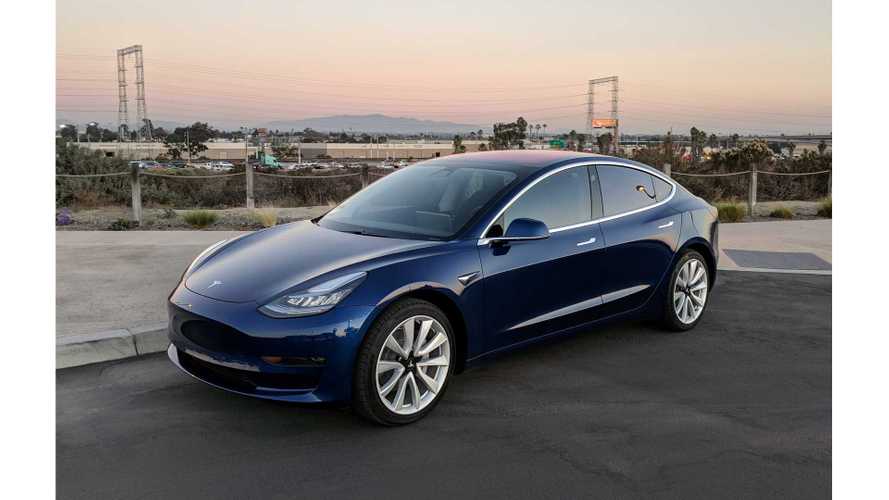 We keep getting great news on the performance capabilities of the new Tesla Model 3 and the story is getting even better. First off, the Model 3 charges faster than even Tesla’s Model S 100D (see excellent analysis by ABRP). Second, it has great range. Third, owners appear to be getting mid-4-second 0-60-mph acceleration times, which is much quicker than Tesla’s advertised number (data here).

One might have assumed so until we received some dyno test results from Mountain Pass Performance that show a Model 3 LR RWD putting out 325 HP and 320 ft-lb of torque. That compares to a Tesla EPA horsepower rating of 258 HP.  That’s 25% more horsepower than in the Tesla/EPA document.

Maybe the dyno numbers are wrong?

We don’t think so. We ran the exact same dyno horsepower and torque curves in our computer model and it predicts the same mid-4-second 0-60-mph time as the tested number.

We are at a bit of a loss explaining why Tesla is shipping some (all?) Model 3 LR RWD cars with rear-motor HP specs rivaling the Performance version, but why look a gift horse in the mouth?

Our performance computer model generates some interesting plots for those that want more details. The first plot is simply our representation of the Mountain Pass dyno data. This map was input to our computer model to predict 0-60-mph times and quarter-mile times.

The second chart shows what our model predicts for distance versus time and the corresponding quarter mile time.

The third chart shows velocity versus time and the corresponding 0-60-mph time prediction.

Thanks to Keith Ritter for the computer modeling numbers