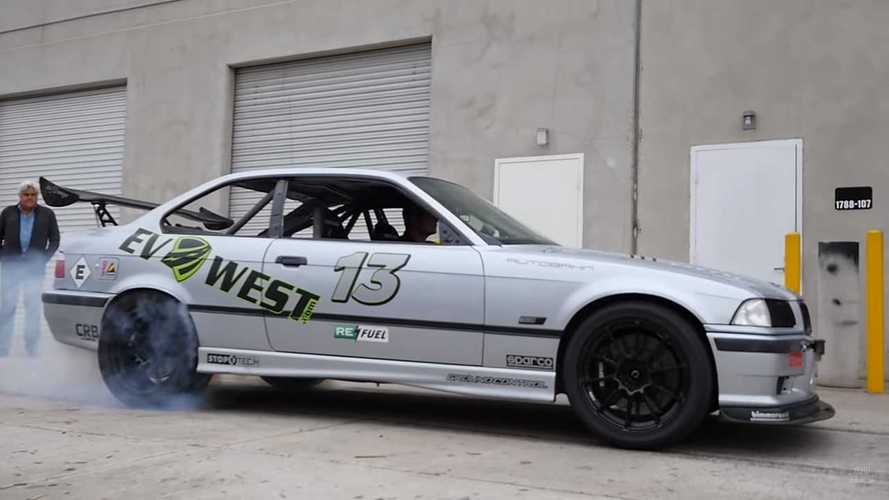 EV West is a San Diego speed shop that specializes in electrifying cool cars and selling components for others to convert their own.

Its shop car is a split window, double cab VW pickup (below, right). Its Instagram feed is a waterfall of constant classic stunners: a Subaru 360 here, a Baja Bug there, battery-powered awesomeness all about.

In among all that vintage metal is a beast of a '95 BMW M3 E36. The shop originally converted it using a DC drivetrain: dual Netgain motors and a massive controller from the now-defunct Evnetics that pumped out 850 pound-feet of torque. Until last summer, it held a Pikes Peak International Hill Climb record, which it had set back in 2012.

That was then, though. Technology has moved on, and wanting to reclaim their Pikes Peak record in 2019, EV West has dug out the old M3 and have thoroughly updated its running gear. Now, it features a motor wrenched from a Tesla Model S P85 and stores its energy in a pack formed from LG Chem cells. The levels of power are similar to what it offered previously, but with a lot less weight.

As you can see in the video above, Jehu Garcia of electric Samba fame, caught up with EV West principal Michael Bream and got the low down, and later ventured over to the shop to see it in action and capture the footage which we are sharing. If you look closely, you may notice that comedian and car guy Jay Leno and his production crew are also on the scene, and we suspect we'll see EV West featured in one of his upcoming episodes.

If you want to see the this electrified M3 in person, your best chance might be at this summer's edition of Refuel on July 1st at the Laguna Seca racetrack outside of Monterey, California. Always a spectacular time for fans of electric vehicles, this writer once had the opportunity to sit in the passenger bucket of the DC version of the EV West BMW for a couple laps of this iconic circuit. Oh, you want proof? Checkout our bonus video below.