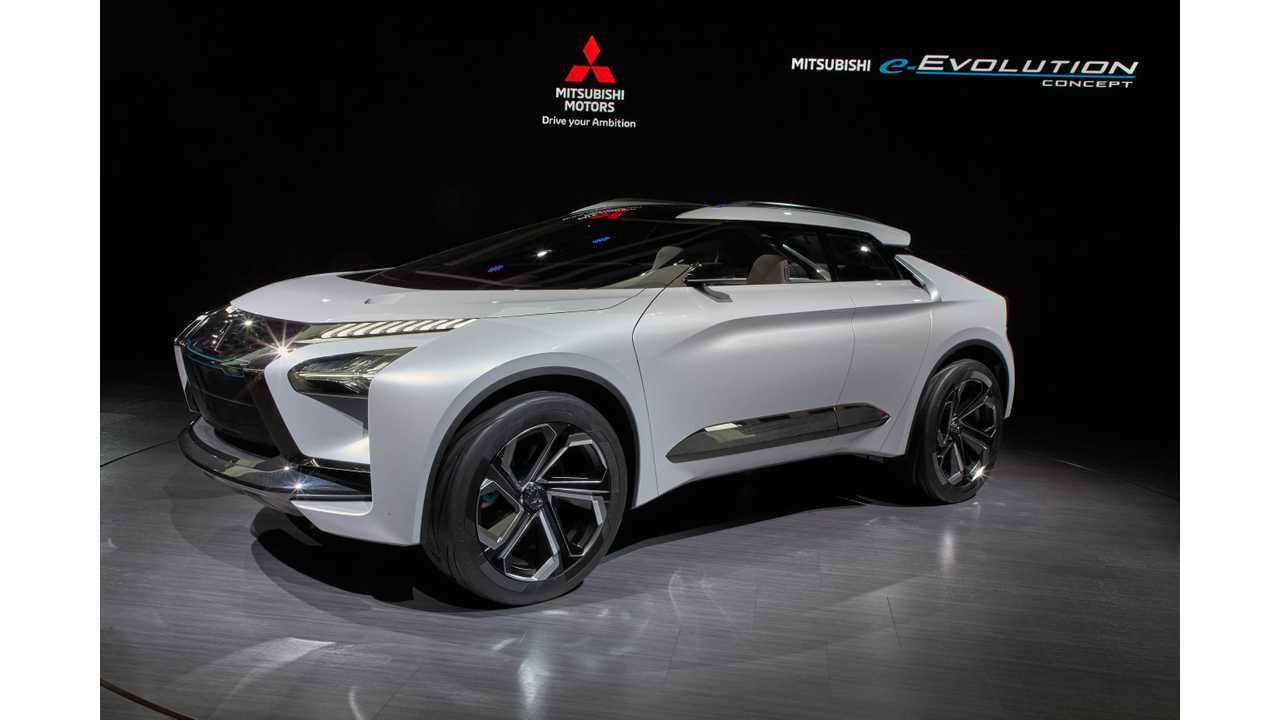 Mitsubishi is finally refreshing the Outlander PHEV that has been almost unchanged since 2013. The 2019 version will debut in Geneva with more kWh.

The Japanese company intends to unveil the 2019 model year version at the 2018 Geneva Motor Show, together with the all-electric e-EVOLUTION Concept.

So far, more than 140,000 Outlander PHEV were sold globally and more than 100,000 in Europe, which is the reason why the premiere will be held in Geneva.

The new 2019 version - scheduled for early fall (Europe) - will get more all-electric range, but not much more. Here are the details:

The new Outlander PHEV
In 2013, and drawing on a background of 80 years of 4WD expertise, 50 years of electro-mobility R&D, and 30 years of rally winning all-wheel control technology, MMC launched the segment-defining Outlander PHEV plug-in hybrid electric Twin Motor SUV. MMC did so ahead of other auto makers.
Since then, boosted by positive market response and supported by continuous improvement, Outlander PHEV has turned from a vehicle for early adopters into MMC core business. The Outlander PHEV has been Europe's best-selling plug-in hybrid vehicle in 2015, 2016 and 2017*2. More than 100,000 units have been sold in Europe so far. With cumulative sales of over 140,000 units worldwide, the Outlander PHEV counts as the world's best-selling plug-in hybrid SUV.
Bringing together the very best of MMC technology, the Outlander PHEV is MMC's flagship. Its PHEV technology delivered important breakthroughs in cruising range, still a bottleneck in the EV category. The Outlander PHEV solved the conundrum of emissions and noise, problem areas of diesel-powered cars. The Outlander PHEV is the answer to customers who want to extend the range of their EV car journeys, and who want to go on other adventures than hunting for chargers.
The 2019 model year Outlander PHEV features a next generation system with both EV and SUV breakthroughs. More SUV and more EV than ever, the newest iteration unveiled in Geneva will push boundaries even further with – amongst others – a complete redesign of its powertrain, with sharper dynamics, a more refined interior, and a subtle design evolution.
*2…Source: JATO
The PHEV system: PHEV 2.0
The 4WD system: More modes
The NORMAL and 4WD LOCK modes of previous models are joined by two additional driving modes. A SPORT mode gives the driver more direct control for greater driving enjoyment on winding roads. A SNOW mode provides greater confidence on snow-covered, or slippery surfaces.
The design: Sharp and sophisticated
Main specifications*
*Full data to be released at launch time

The second model is the e-EVOLUTION Concept unveiled in 2017 in Japan.

The MITSUBISHI e-EVOLUTION CONCEPT
The MITSUBISHI e-EVOLUTION CONCEPT is a technical prototype to illustrate the strategic directions of a renewed Mitsubishi Motors brand. It incorporates the strengths of SUV, EV, and the tight integration of new systems for a connected mobility customer experience.
The all-electric high-performance SUV embodies MMC's new brand strategy under the new "Drive your Ambition" global tagline, a strategy that reflects an adventurous and progressive mindset for inspirational design and product, based on breakthrough SUVs, and driven by a fusion of electrification and system integration.
The design
Based on a "Robust & Ingenious" philosophy, MMC has created a distinctive and engaging design that gives shape to the robustness, authenticity and functional traits distinguishing MMC vehicles.
MMC has a long and strong heritage. Think of "Mitsubishi Motors," and proven off-road performance, along with superior 4WD control, come to mind. Now, the banner of superior, high-performance 4WD control is carried forward by the MITSUBISHI e-EVOLUTION CONCEPT. Its design expresses the readiness to grip the ground with all four-wheels, and the agility of a high performance cross-country tourer.
The exterior
The interior
The technology