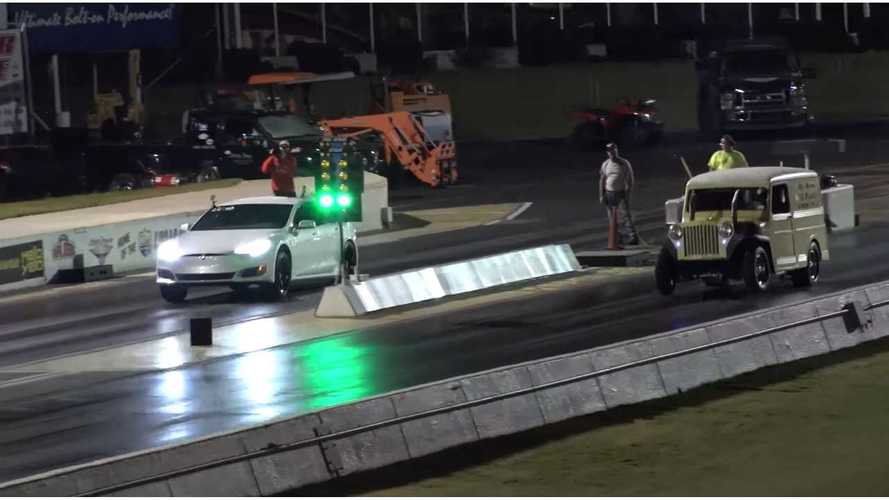 This gutted Tesla Model S P100D is so incredibly consistent at the drag strip, it's hard to top.

Yea, yea ... another Tesla Racing Channel video. But, honestly, just thinking of the little amount of work that needs to be done to achieve consistent results in an electric car is fascinating. Having watched a plethora of these videos, it's crazy to get a grip on all of the ridiculous steps that must be taken in order to even attempt consistency in an ICE car. From front gate to finish line, we're looking at an involved 20-step checklist just to be competitive.

In an EV, push the pedal down and drive to the finish live. It's almost that simple. We experienced this firsthand not long ago, when we drove a Chevrolet Bolt at the GM autocross event, after having driven a Volkswagen GTI on the same course.

Despite the fact that there are many ICE cars with ridiculous top speeds (which the average driver will never even come close to safely achieving in their daily driving), the immediate torque response in an EV is something that can't be explained. Not to mention that it's something any driver can use and benefit from on public roads.

Streetcar Takeover at Atlanta Dragway with the Gutted Tesla P100D! Took on some 10.0 and 11.0 drag racing index/ bracket classes. Racing everything from a modified Pontiac G8 to a CTS-V and even taking on Cleetus McFarland himself at the dragstrip in his friends brand new ZL1.