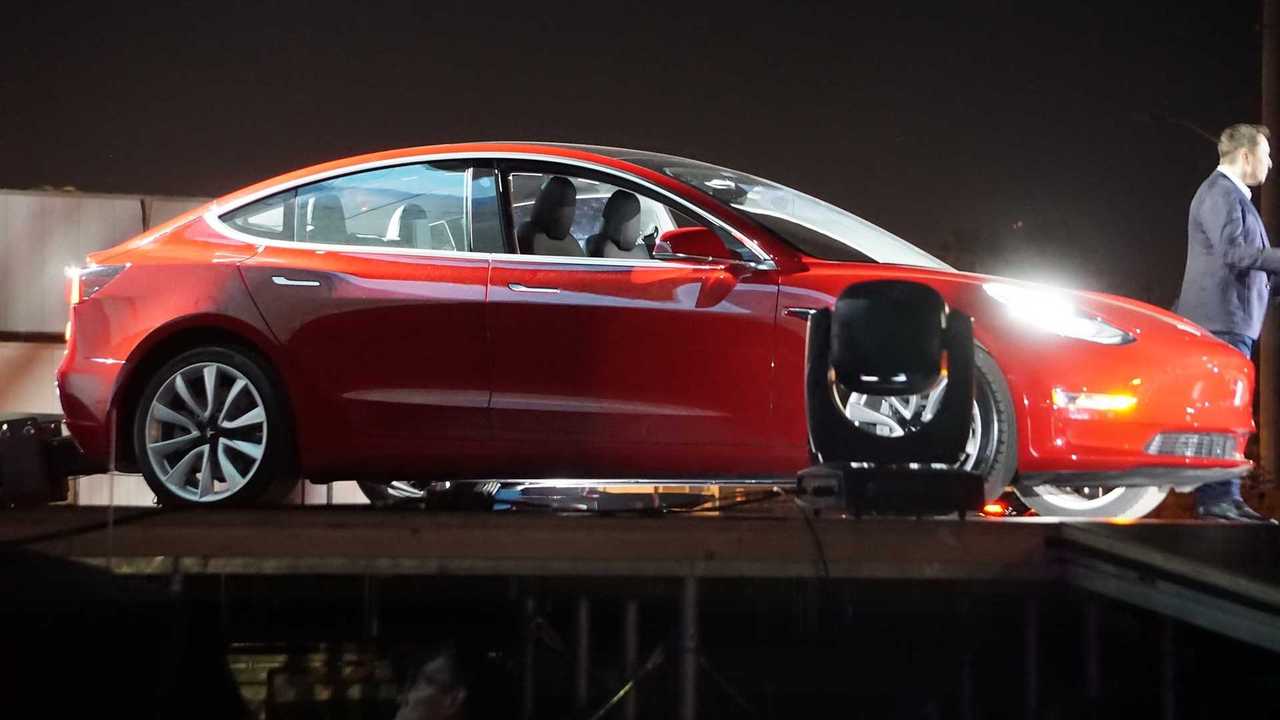 Which cars the Tesla Model 3 will compete with varies depending on who you ask, but according to a recent survey, the answer might be exactly as expected.

Some say the Model 3's only direct competitors are the Chevrolet Bolt and the upcoming Nissan LEAF. This is because these are the only two longer range EVs on the market today. The Bolt takes the cake here, as it's the longest range affordable electric car you can buy at this point. But does it really appeal to the same audience as the Tesla Model 3?

Others leave the versatile and economical hatchback style electric competitors off the list. Instead, they believe that Tesla's intentions with the Model 3 are to pull consumers away from luxury compact European sports sedans. Although Tesla is surely hoping to compete with current EVs, molding electric vehicle lovers out of European sports sedan aficionados may actually fare better for the long term.

It really doesn't make any difference in the end. The massive amount of Model 3 reservations shows that Tesla is pulling customers away from a myriad of other vehicles. Added to this, these are buyers that are willing to wait months or even years for a car that has remained mostly a mystery until recently. As long as Tesla can tackle the Model 3 back orders and pull customers away from other vehicles, does it really matter which cars it rivals Nonetheless, it seems everyone is eager to speculate as to what impact the Model 3 will have on the automotive market.

Green Car Reports Tweeted out a rather unscientific and basic survey, but the results are telling.

What car do you think is the closest Tesla Model 3 competitor?

Prior to the survey post, 460 Twitter users had already commented their opinions regarding the above question found in a recent GCR article. GCR decided to move the Tweet to an actual poll. Of the 104 total voters, the BMW 3 Series and the Chevrolet Bolt each received 35 percent. The Nissan LEAF and Audi e-tron didn't fare so well.

This comes as no surprise since the Bolt has been seen as a top competitor all along. The Model 3 and the Bolt are the only affordable, long-range, compact, pure-electric cars on the market. Likewise, Tesla's compact sedan has often been compared with the likes of the BMW 3 and 4 Series, the Mercedes C-Class, and the Audi A3 and A4. Aside from the fact that it's an electric car, it prices out like these vehicles, is a performance sedan, features striking good looks, is considered an entry-level luxury vehicle, and has similar dimensions, passenger, and cargo space.

In the end, as long as Tesla can manage a reasonable timeline with the Model 3, it should prove to be a competitor in many global markets, and it only makes perfect sense that that's exactly what Tesla is hoping for.