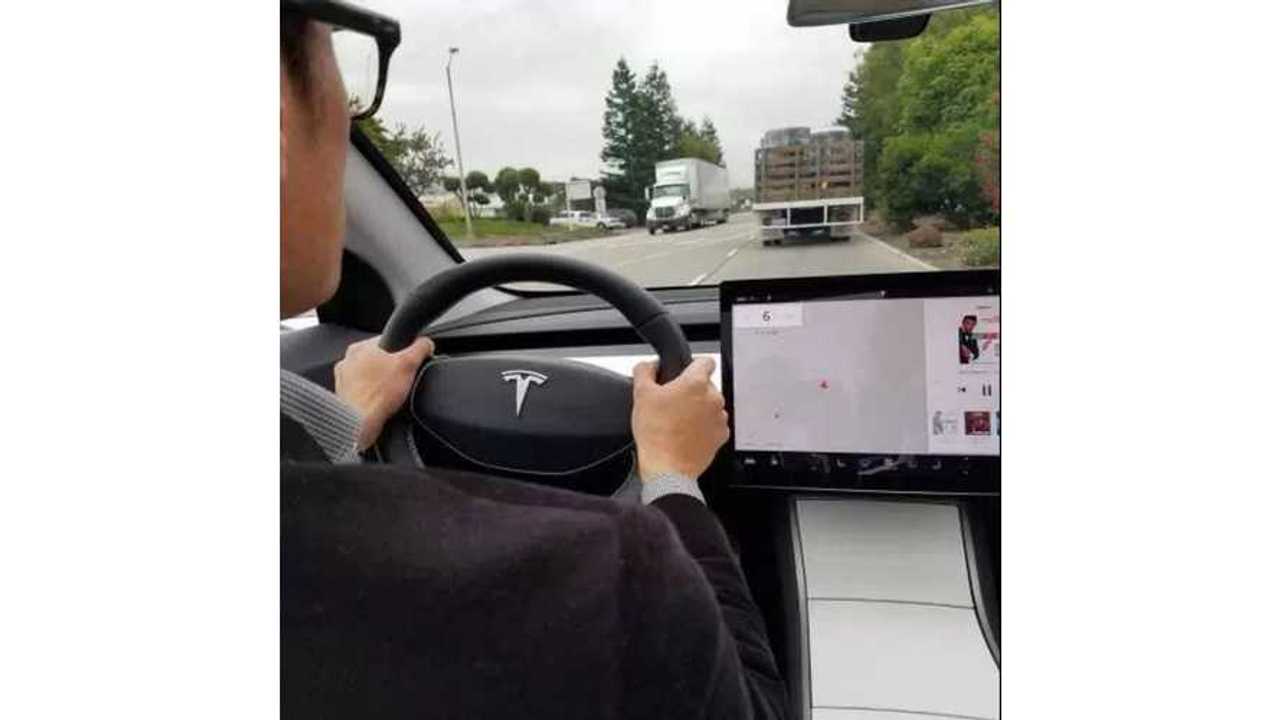 Unfortunately, we still have no idea exactly what to expect, when it comes to the Tesla Model 3 dashboard and interior controls. We know that it will include Tesla's signature huge touch screen. But the question revolves around the instrument cluster.

Another view of the mysterious Tesla Model 3 interior

Due to the fact that little information has been revealed, there has been much speculation, and many questions.

Some believe that there will be a HUD (head up display). Others think that Musk is leaning toward a very simple and slim display in the typical space, directly in front of the steering wheel. Still others believe that the Model 3 will rely solely on its touch screen for driver information, such as speed.

While we still don't know specifically what it will look like, Tesla CEO Elon Musk responded to some comments on Twitter, essentially clearing the air on the issue.

According to Elon, there will be no HUD and no centrally located speedometer in the Tesla Model 3.

However, he shared that "You won't care," once drivers actually see what's in store. He has also previously noted that the more autonomous a vehicle is, the less it needs such a display.

The strange part is that the Tesla Model 3 won't be fully autonomous at first, and some drivers won't ever opt for the technology.

@arctechinc The more autonomous a car is, the less dash info you need. How often do you look at the instrument panel when being driven in a taxi?