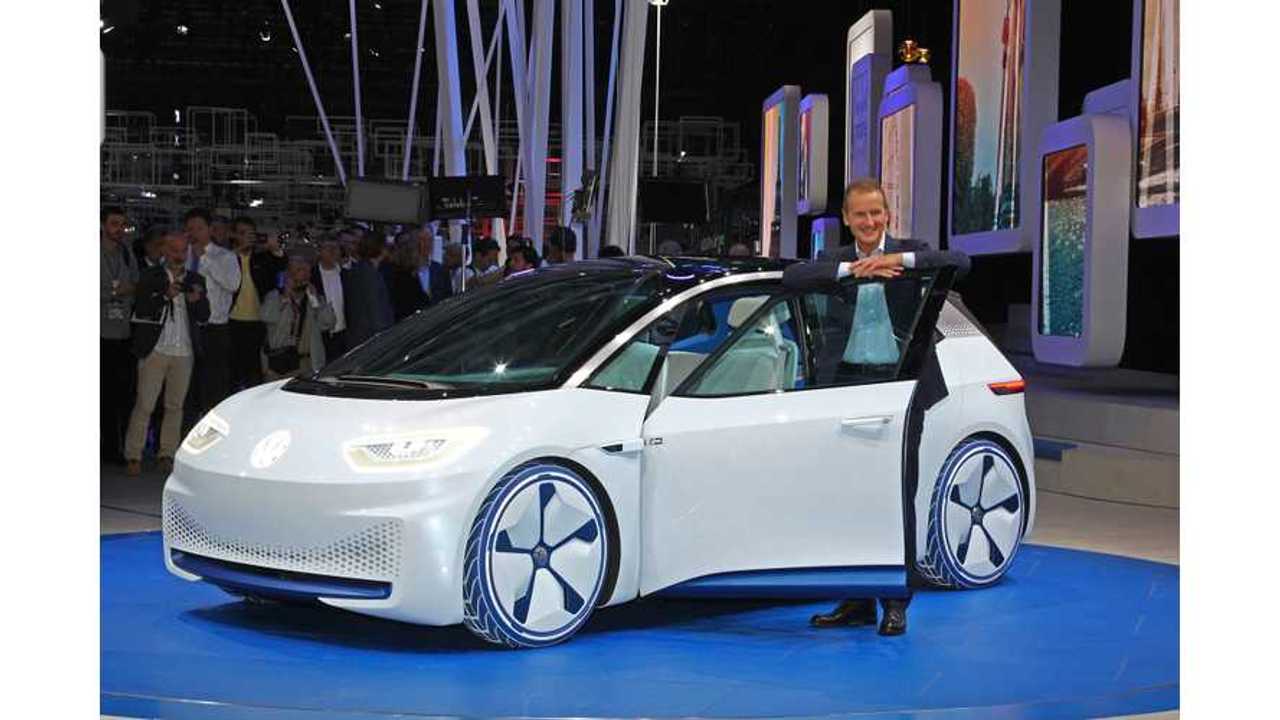 It seems Volkswagen CEO Herbert Diess isn't quite sure what to say about Tesla.

About a month ago, we shared that Diess (whose personal car is a VW eGolf) believes Volkswagen can stop Tesla. His reasoning behind the statement was simply VW has abilities that Tesla doesn't possess. Of course, this type of statement sends some into a frenzy, but honestly, Volkswagen's scale speaks for itself. Volkswagen Group sells more cars globally than any other automaker. The company's manufacturing capability in a mere two days matches Tesla's yearly output.

This is not to say that Volkswagen isn't aware of competitors, and when it comes to the EV market, a different picture can be painted. According to Reuters, Diess was questioned about who he sees as VW's primary competitors, he shared in an internal publication:

The above statement comes as no surprise. However, Diess took his words a step further:

"Tesla belongs among the competitors which has abilities that we currently do not have."

"This shows that we need to significantly improve. We can do this. We measure ourselves against Tesla quite deliberately. Our goal: Using our abilities not just to catch up, but even to overtake.”

Diess' recent share can be seen as a striking contradiction to his prior statement mentioned above. However, it can also be understood that both automakers have abilities that the other does not. VW, of course, with its enormity and experience, but Tesla with its cutting edge technology, substantial head start, and domination in the EV segment.

To put it all into perspective, Volkswagen sold 5,987,800 cars last year, and Tesla sold 83,922. Both companies face adversity and reputation issues, but for very different reasons. VW is still on the rebound from the infamous "Dieselgate" scandal. Tesla is up against traditional dealerships trying to stop its direct sales methods, unions hoping to step in an organize its factory, and the simple fact that it's still viewed as a niche market startup without the ability to make money in a not-yet-popular segment.

Additionally, Tesla's engineers are primarily software experts, whereas VW is still entrenched in the old. VW aims to change that, however, and while it's going to be a while, the automaker claims to be well ahead of most others. It premiered its all-new I.D. family of electric vehicles at various auto shows over the last year, and just announced that its all-electric compact car could be as much as $8,000 cheaper than the Tesla Model 3.