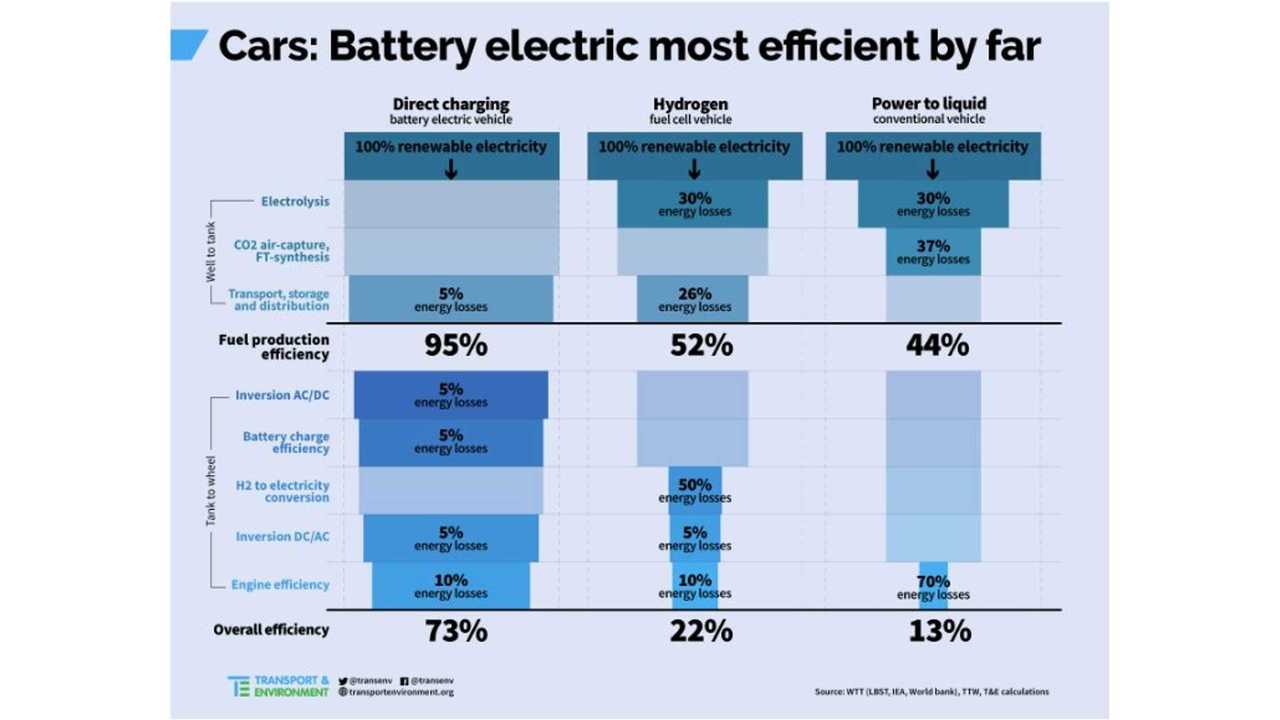 Transport & Environment (which bills itself as Europe's leading NGO campaigning for cleaner transport) has released an interesting graphical comparison of the energy efficiency of three types of power-trains (from production through use): all-electric, hydrogen fuel cell and conventional internal combustion engine.

In this case, renewable electricity was considered for charging BEVs and the production of hydrogen (or fuel for ICE), but still it's hard to call FCVs environmentally optimum if they ultimately still waste 78% of the net energy (three times that of the BEV).

The overall reults are:

The advantage of all-electric cars in this scenario is obvious, so much so that it is rapidly becoming the ultimate solution for the world, with many countries now looking at hard sunset dates for the sale of ICE-only passenger vehicles.

And the great thing about BEVs beside offering the best energy efficiency, is that the energy itself can be produced cleanly, without hardly any emissions at all..