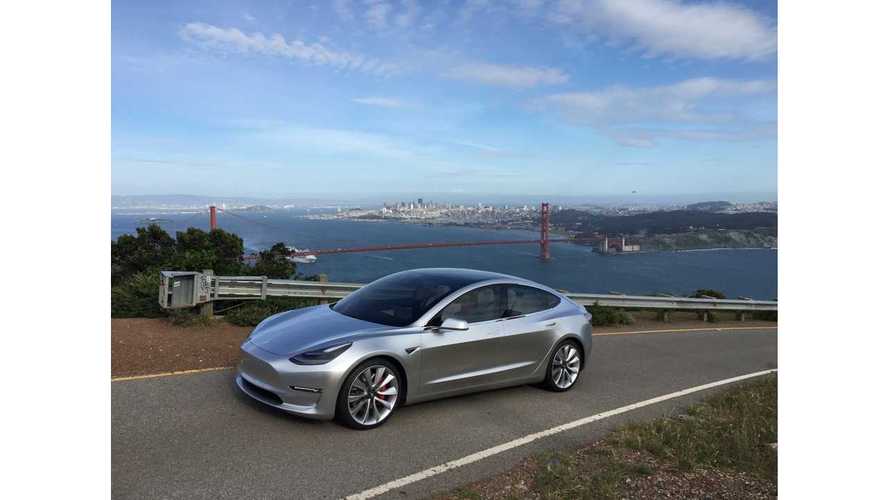 Tesla is already dealing with multiple battles regarding its direct-sales approach. Some states have been forgiving, others somewhat flexible, and still others, unwilling to budge.

The scary fact is, Tesla is not really selling that many cars right now. This quarter has shown a huge sales percentage spike for the company, and ever-increasing Model X sales, but in the grand scheme of things, it's a drop in the bucket.

That is all about to change monumentally. When Tesla comes forward with over 400,000 sought after Model 3 sedans, starting at just $35,000, the stakes will be much higher.

Dan Crane, senior professor of law at the University of Michigan and an advocate for direct sales, told Automotive News:

"With the Model 3, the stakes go way up. This is the next battle, and it's not remotely over."

Advocates against Tesla's lack of the dealership model are going so far as to set time lines and stipulations, so as not to include the upcoming Model 3 in current amendments. This type of lobbying and lawmaking not only affects the future of Tesla, but other start-ups in the mix.

• Michigan: State tightened its franchise laws in 2014 and rejected Tesla's request for a dealer license. Tesla filed a federal lawsuit against state officials, challenging the prohibition on direct sales as protectionist and unconstitutional.

• Missouri: A state judge ruled Aug. 31 that a dealer license Tesla received in 2014 was granted in violation of the state's franchise laws because Tesla had applied to be its own franchisee. The ruling bars the state from renewing or granting any licenses to manufacturers. • Indiana: A General Motors-backed bill pending in the legislature would put a 30-month expiration date on any manufacturer's current dealer license and ban any additional manufacturers from getting a dealer license. • Arizona: State last month granted Tesla a license to sell directly to consumers, following a judge's July 29 ruling that a previous application was wrongfully denied.

• New Jersey, Ohio, New York, Nevada, Washington and Georgia allow franchise-law exemptions only to companies operating in the state as of a specific date.

Unless Tesla makes some sort of miraculous headway, other companies will be dealing with the same situation, on a more advanced level. Tesla argues that the dealership model would be unfair for the sale of electric cars, because dealers are more apt to try to sell ICE vehicles that produce more business and greater profits. Also, Tesla's vehicles don't need regular service at dealerships, due to over-the-air updates, no oil to change, no spark plugs, no emissions checks, etc. Thus, the dealer gets less repeat business.

Advocates for the dealer franchise model believe that it helps make the selling of vehicles "fair" and "monitored". Regardless of the company or what's under the hood, it's just how it's "supposed" to be done. While this may have worked and been the way to go many years back, times change, and sometimes, what works for one, may not work for another.

When the initial headwinds against Tesla's approach started blowing, it was not nearly as big of an issue as it's going to become. Not just because of the small sales volume, but also due to the high cost of the Tesla Model S. Indiana state representative Ed Soliday explained:

"The issue is what's the right public policy and what is the minimum to protect the public in a very, very expensive purchase that is now not going to be an expensive sports car but is now going to be available to the average consumer. When it was a $100,000-plus car it didn't get a lot of attention."

Eventually, due to continued resistance from states like Indiana and Michigan, the situation may rise to the federal courts. Generally, federal courts tend to support state policies. But Tesla lawyers are prepared. They will argue that precedence was set in 2002 by the 6th U.S. Circuit Court of Appeals:

"Government can't use protectionist regulations to restrict someone's right to earn an honest living. The original ruling pertained to casket makers in Tennessee who were initially barred from selling their wares directly to customers without a state funeral director's license."

The same court will see the Michigan case if it gets to that level. Tesla also has other, similar rulings to cite, involving direct sales. In the end, the courts will decide Tesla's fate, and though the company insists that it will not change its ways of functioning, it may become inevitable if Tesla is to coexist with the traditional model.

A "hybrid" system, allowing Tesla to mix its direct-sales model with some sort of dealership partnership, may become the answer. It's not as if some dealers aren't eager to work with Tesla. Musk never said that he would not be open to some type of agreement. He insisted:

"We would only do this if we were sure that the customer would have a really good experience."

Unfortunately, it seems that putting the customer first, and the age old dealership franshise model, don't always go hand in hand. Maybe Tesla can change that to benefit all.