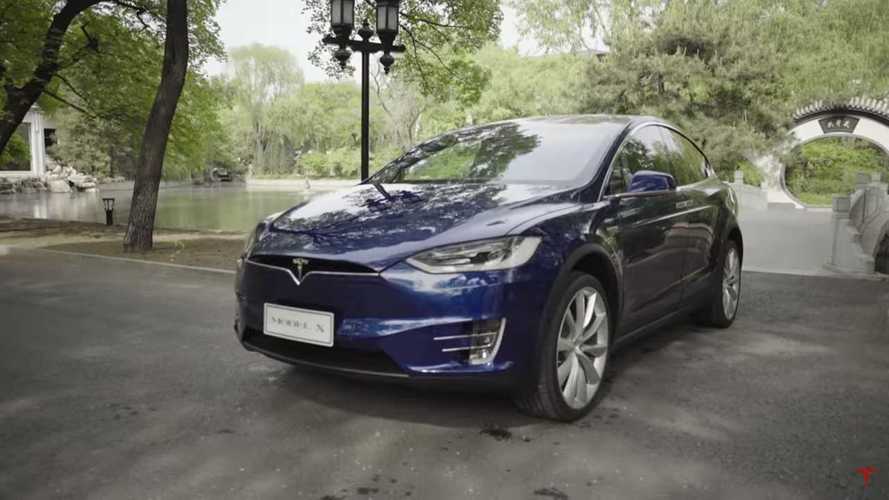 China has seen a massive surge of electric vehicle sales as of late. The country now has over 600,000 EVs on its roadways, which is more than double the numbers from a year ago. This outmatches EV growth statistics in the U.S. and Europe combined. To show off its dedication to EVs, an enormous group of Tesla Model X and S owners joined forces to set a Guinness World Record in mid-January.

The Tesla owners gathered in Beijing at the Golden Port park to take photos of the largest group of Tesla vehicles in one place at one time. They even parked the cars strategically, for unique photo ops. One such photo shows over one hundred Tesla Model X SUVs on a soccer field, spelling out an "X". There were also 145 Model S vehicles present for the event.

The gathering was billed as a "parade." The largest of Tesla cars actually. The Guinness Book of World Records was present for the celebration, and awarded Tesla with a plaque. It reads:

“The largest parade of Tesla cars was achieved by Tesla Motors (China) in Beijing, China on 15 January 2017.”

Of course the Model X owners orchestrated a presentation of the infamous Model X Christmas light show. The previously exclusive light show was uploaded to all Model X vehicles in December.

Tesla has taken China by storm, as many automakers are targeting the area, and especially those that sell electric cars. The Chinese government is pushing to have five millions EVs on the road by 2020. This is one of the most aggressive plans in the world. With the plan should come legislation that may make it easier for Tesla to begin building its vehicles in the country to better meet the monumental demand.

The Model X has only been available in China for a little over six months. It is so popular that it was being sold second-hand in China, at an extreme markup, for upwards of $240,000 U.S. Since then, Tesla has been able to increase deliveries. The company has about 10,000 vehicles on China's roadways today.