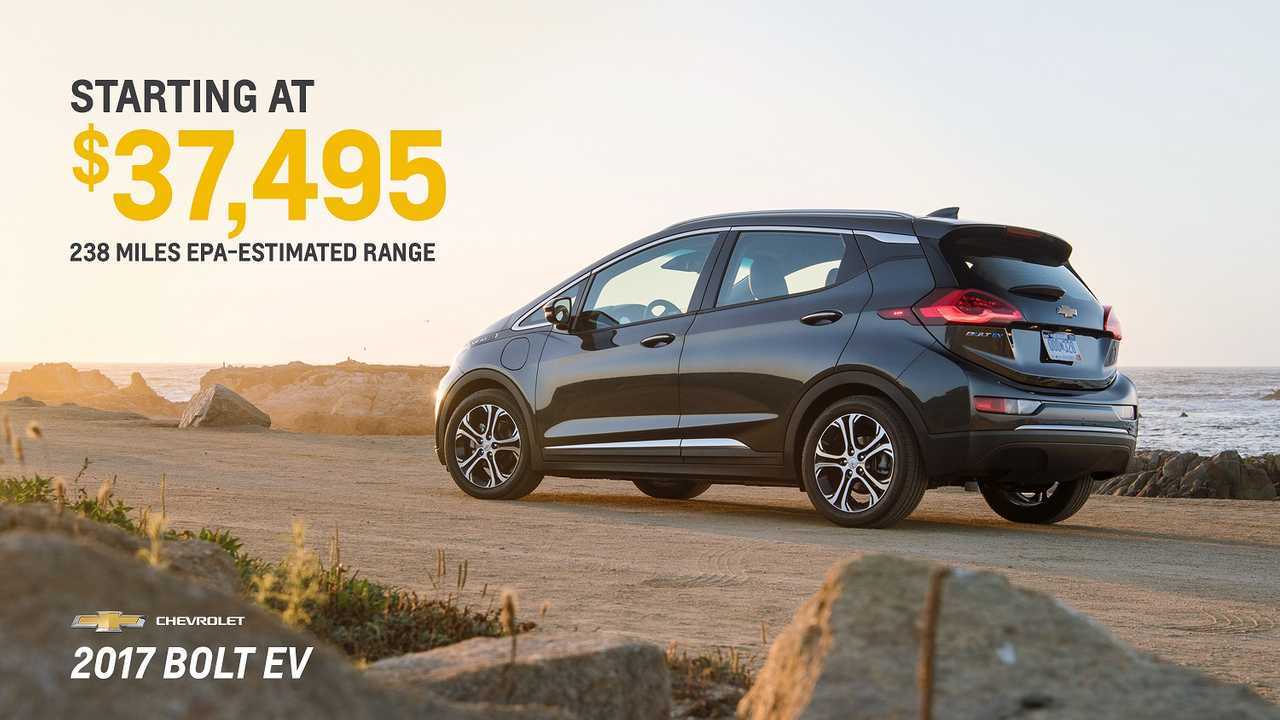 The Environmental Protection Agency's internal database has been updated to include detailed range ratings for the 2017 Chevrolet Bolt, which was just priced from $37,495. 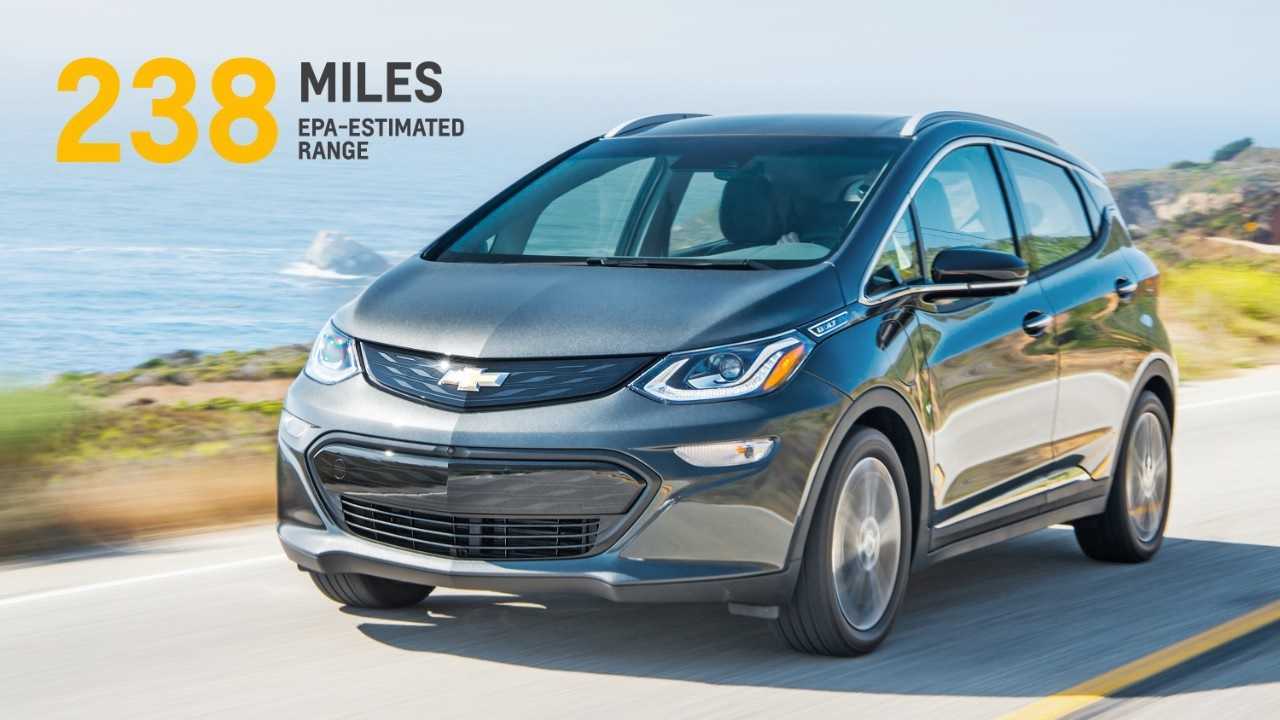 Though Chevrolet focuses on the combined range rating of 238 miles, thanks to the EPA's database, we can provide a more precise breakdown of the numbers in city, highway and combined format.

The most notable figures is the Bolt's 255-mile range rating in the city.

To put this figure into perspective, the much heavier Model S 60D gets only 221.1 miles on the city rating chart and the 70D is rated at just 242.8 miles city. The Bolt's 255-mile rating is also exactly the sames as the Model S 75D and just 4.6 miles less than the P90D.

Where the Bolt fails to shine though is on the highway where its "disaster for aero" (Bolt designer's words, not ours) coefficient of .32 comes into play.

Imagine what the all-electric Chevy could have accomplished with a more slippery design, optimized for an electric platform. 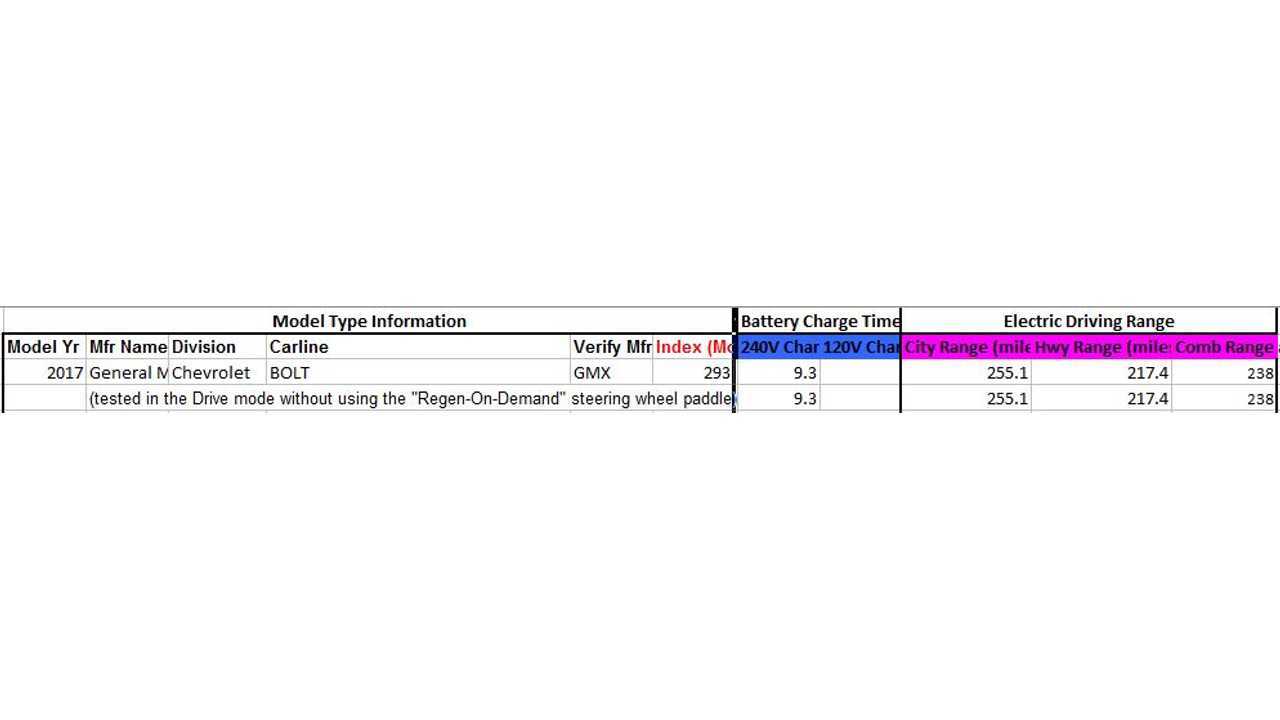 We should point out that the EPA"s testing methodology excludes the use of the "Regen-On-Demand" paddles, which Chevrolet says is capable of increasing range by up to 5% in stop-and-go city traffic.  The ratings are generally tested via the "out of the box" settings.

Also of note in the EPA report is the listed Level 2 charge time of 9.3 hours for the Bolt on 240, which given the lack of other long range EVs on sale in the US, is also the longest listed charge time of any non-Tesla 2016 or 2017 Model Year EV in the EPA's database.