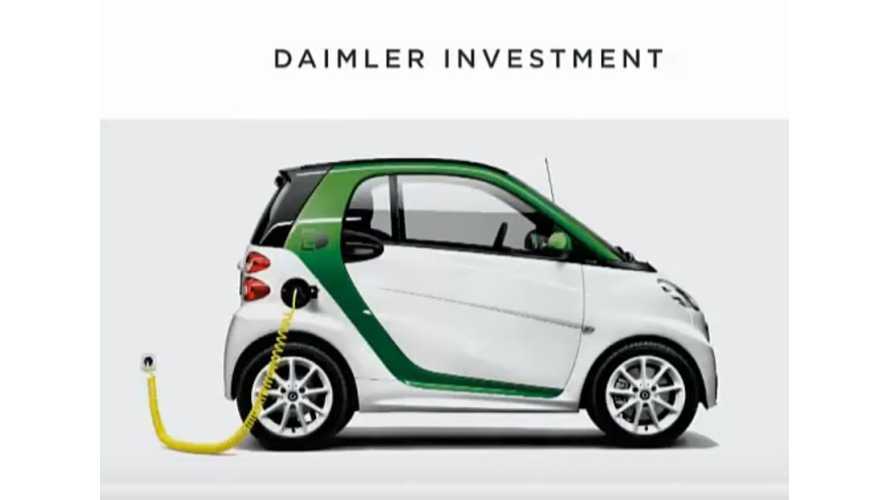 Back in 2008, Tesla was on the verge of going bankrupt. The first generation Roadster wasn't selling all that well and CEO Elon Musk was working ideas and making plans to pull the company through. He had hopes of partnering up with another company for future success. He said, "one of the things I thought would really help to have is a strategic partner." Along came the smart fortwo deal.

Elon Musk And J.B. Straubel Speaking At the 2016 Code Conference About Tesla's History

Musk's idea became a reality when he went to Stuttgart, Germany to meet with Thomas Weber, Daimler's Chief of R&D. Weber was pursuing an idea to make an electric "smart" car, but was missing availability of some key components. He had been planning for Daimler to head to Silicon Valley to look into outsourcing the battery and drivetrain.

Tesla was offered the opportunity to dive into the project. However, the company was only given three months and no smart fortwo to work with. On top of this, the Roadster was in production.

Smart fortwos were not sold in the U.S. either, so Tesla had to send an employee to Mexico to purchase one for $20,000 cash and then drive it all the way back to California.

The smart fortwo would be retrofitted with the drive train from the Roadster and a specially designed battery pack. The rest of the smart car, interior and all, would remain unchanged. This made for a veritable high performance go-kart of sorts. J.B. Straubel confirmed:

It was "the fastest smart car ever made."

"It was so fast you could do wheelies in the parking lot."

This was not the same electric smart fortwo that made it into production, rather it's a rare one-off showing what Tesla was capable of doing.

Apparently Daimler didn't believe the hype when Musk presented the vehicle via PowerPoint. But Tesla had a smart fortwo waiting for Daimler engineers to try out for themselves. Tesla was awarded the official contract to build the electric smart car. Daimler invested $50 million in Tesla for the venture. Musk explained:

"If we haven't done that, Tesla would have died because the Daimler partnership gave us credibility, that a major OEM was willing to work with us, and they also paid us for the development program which is really helpful from a revenue standpoint."

"Without that investment, Tesla would have been game over."

Musk and Straubel talk about the electric smart fortwo at 19:56 in the video.