Has Nissan Satisfied All The 30 kWh LEAF Demand In Japan? April Sales Fall Below 350 Units 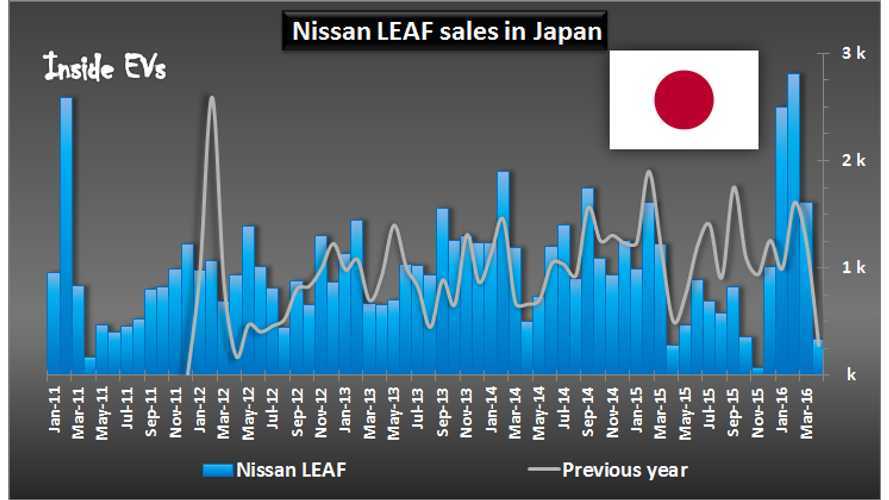 We should note that April is typically the "apocalypse" month for EV sales in Japan (much like January is for the US).

So April's result is still up 22% up year-over-year (the low April sales in Japan is also related to the beginning of new fiscal year in Japan), so perhaps the rush for new 30 kWh version will renew in future months.

The 7,279 LEAFs sold in the first four months however is the best result ever (after a peak of 4,853 in 2014) and we look forward for May numbers to get more clarity on where EV sales are headed for Nissan in Japan.