It has been three years and 60,000 plus miles behind the wheel of my Ford Focus Electric and the car has performed well.  In the battery only segment, the car still compares well to its main competitor, the Nissan LEAF.

At this juncture, it is clear the Focus Electric is a compliance car, sold only to meet zero emission requirements (check previous monthly US sales for the Ford here).  For those who lease, this may not be an issue, but for those like me who endure two decades of prodding from a spouse before parting ways with their beloved 92 Nissan Pick Up, Ford’s lack of commitment to the vehicle is a concern. Since the chassis parts are shared with the gasoline version less so there, but the electric drivetrain components may be an issue down the road. 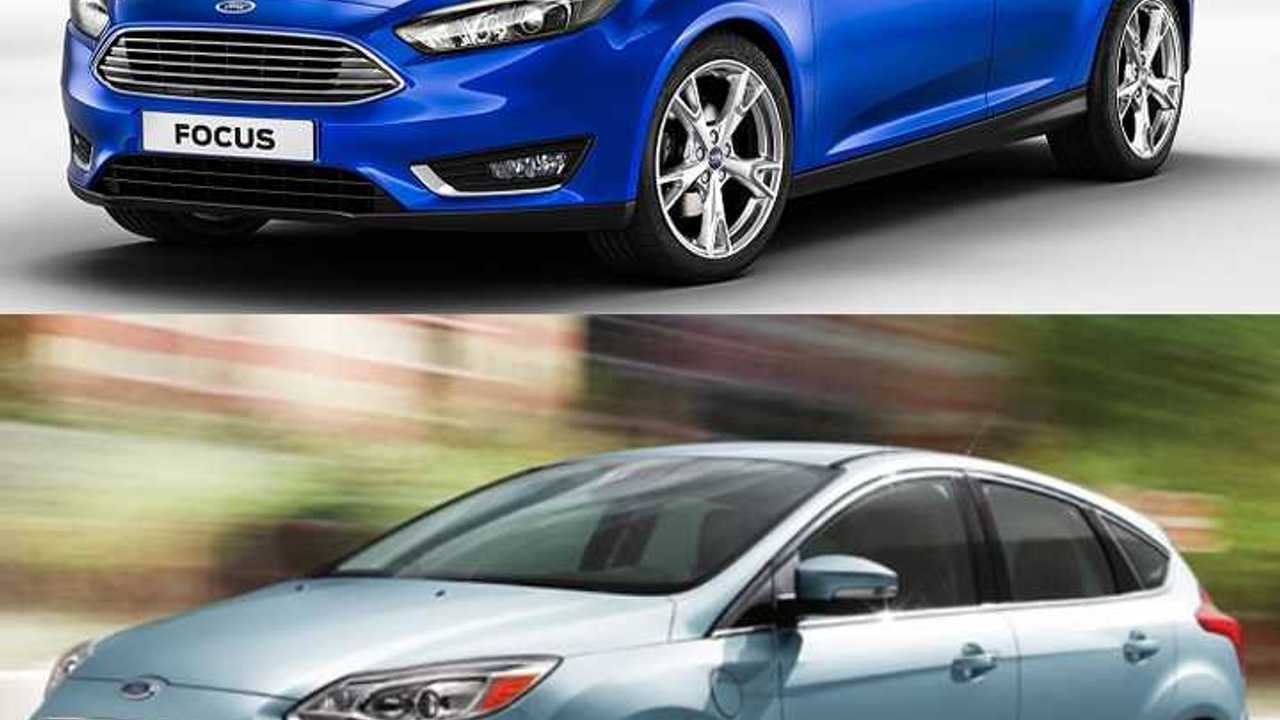 Dislikes and Concerns: When you have a car that has 76 miles of EPA rated range, you have to think each time,”where am I going, do I have enough range?” 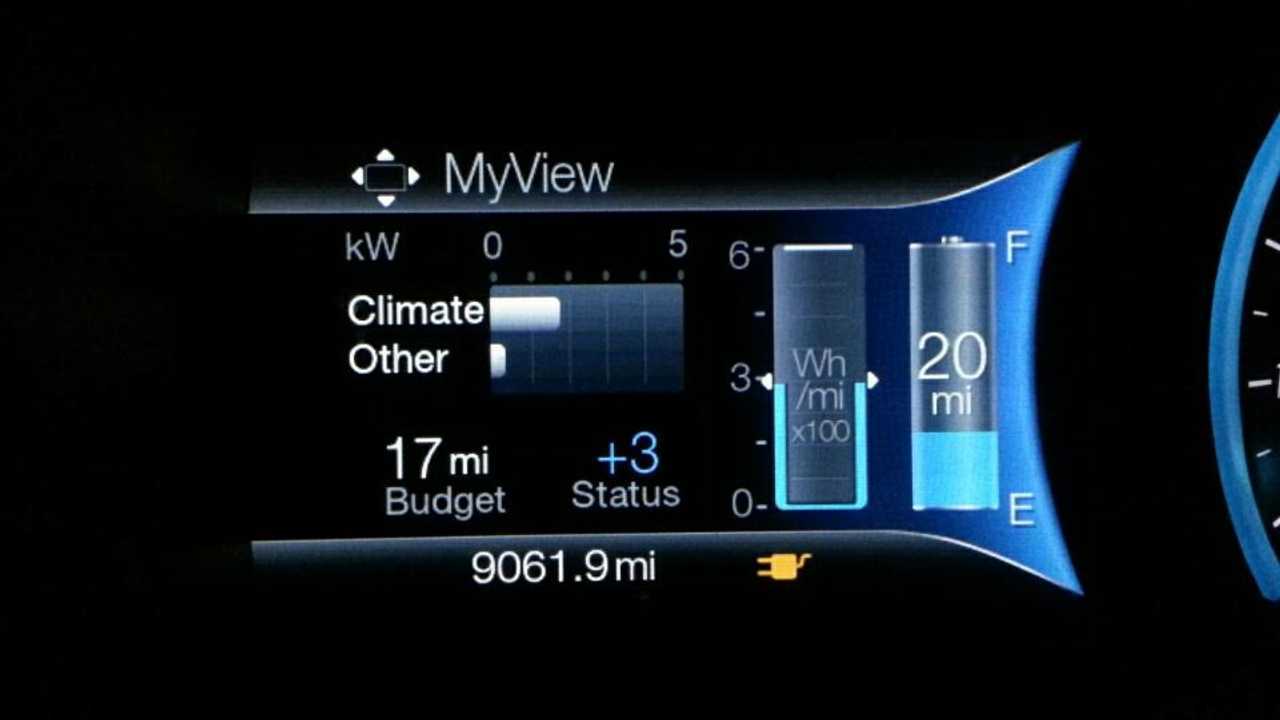 For me this mental calculus is now second nature and I have yet to miscalculate, but yes, life does throw you some curveballs that require more driving than you planned.  Nail biting moments ensued, but in every case the car did make it without me having to go Fred Flintstone on it.  Drive at 30 mph in a 45mph zone?  Yes.  Actually push?  No.  The car’s range estimator does a very good job in this regard.

The problem is that these are calculations that neither my wife nor freshly minted license bearing daughter are willing to make.  If it is a round trip of 30 miles or less, they’ll use it.  Otherwise, Dad can just shut his face about how many times he has driven the car to point x and back with plenty of range left. 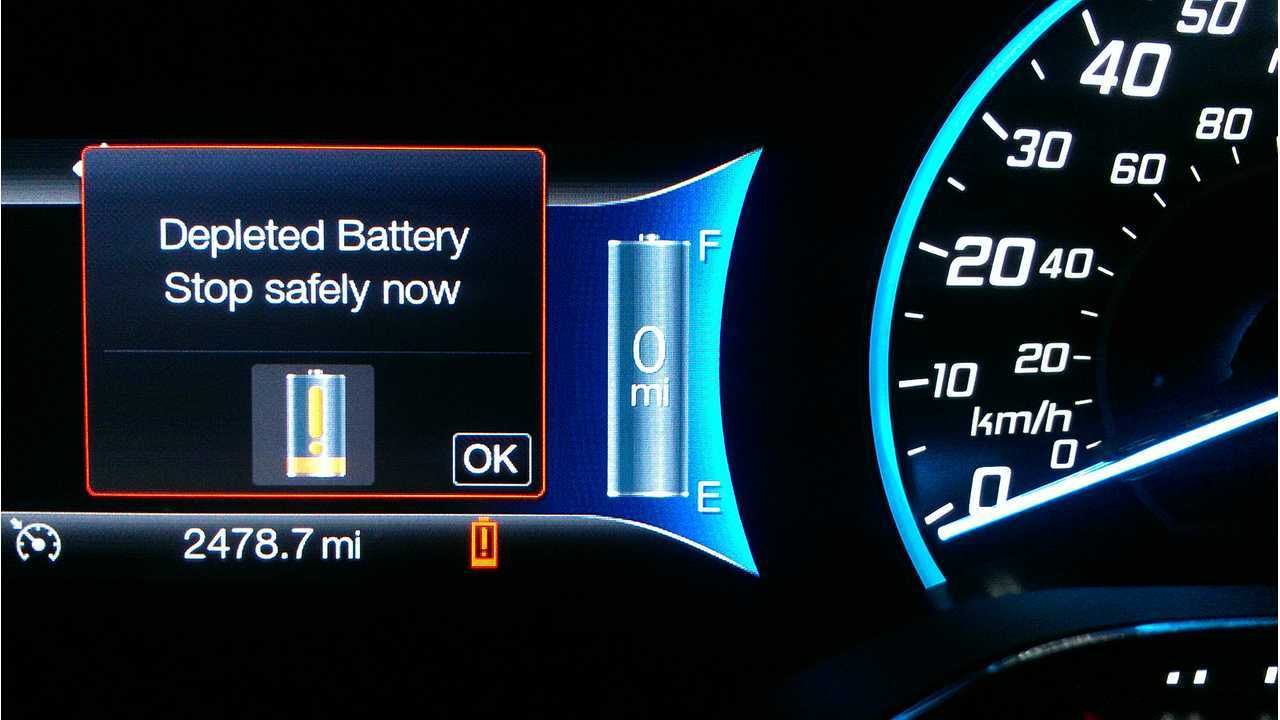 In general, the wife does not like the vehicle.  And by not like I mean when driving it she can sometimes be heard muttering under her breath, “I hate this (something that rhymes with sucking) car.”

In fairness, the car is not her daily driver, it is mine.  Thus, I have learned to deal with the touchy brakes, the woeful turning radius, and losing traction during a firm acceleration.  She has not. 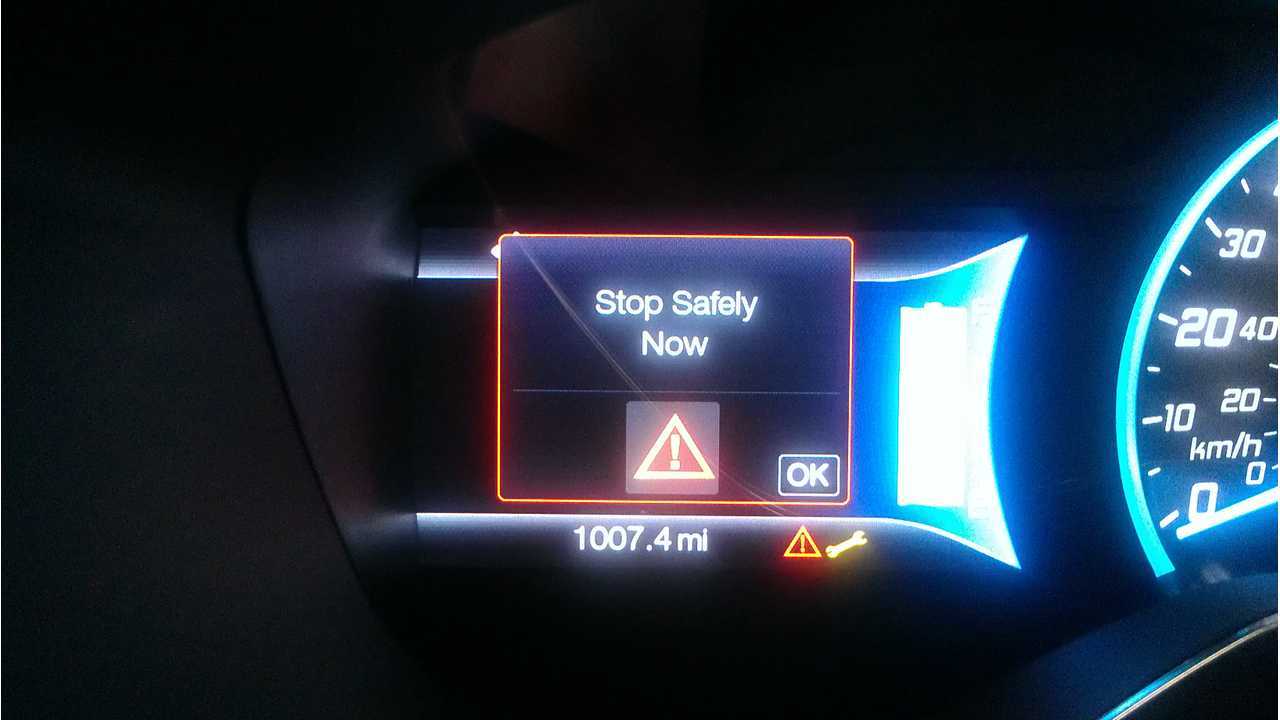 Yes, our 2013 Focus Electric got the dreaded "Stop Safely Now" warning, and ultimately had to have its battery replaced a short time later

And even when I am driving, the car finds ways to annoy her.  To wit, the car has this feature where if you have the fob in your pocket you can just touch the door handle and it unlocks the car.  And when it is just me, it works like 95% of the time.  But when the wife is there it is more like 50% of the time.  For a long time I was certain this was caused by her cussing at the car.  In fact, I’m still certain this is the root cause.

More recently, I have noted that if someone who does not have a fob is touching one of the handles before the Fob Bearer, it may prevent the unlocking of the doors.  This annoys the wife greatly. I contribute to this annoyance by refusing to reach into my pocket to use the fob to unlock.  Instead I try touching the driver’s handle, then the back door handle, then both at the same time.  If that fails,  I engage in a series of three card montiesque hand movements whilst touching the various handles,  This unlocks the doors 50% of the time, but 100% of the time results in a glare that would send shivers down the spine of a battle hardened Navy Seal. 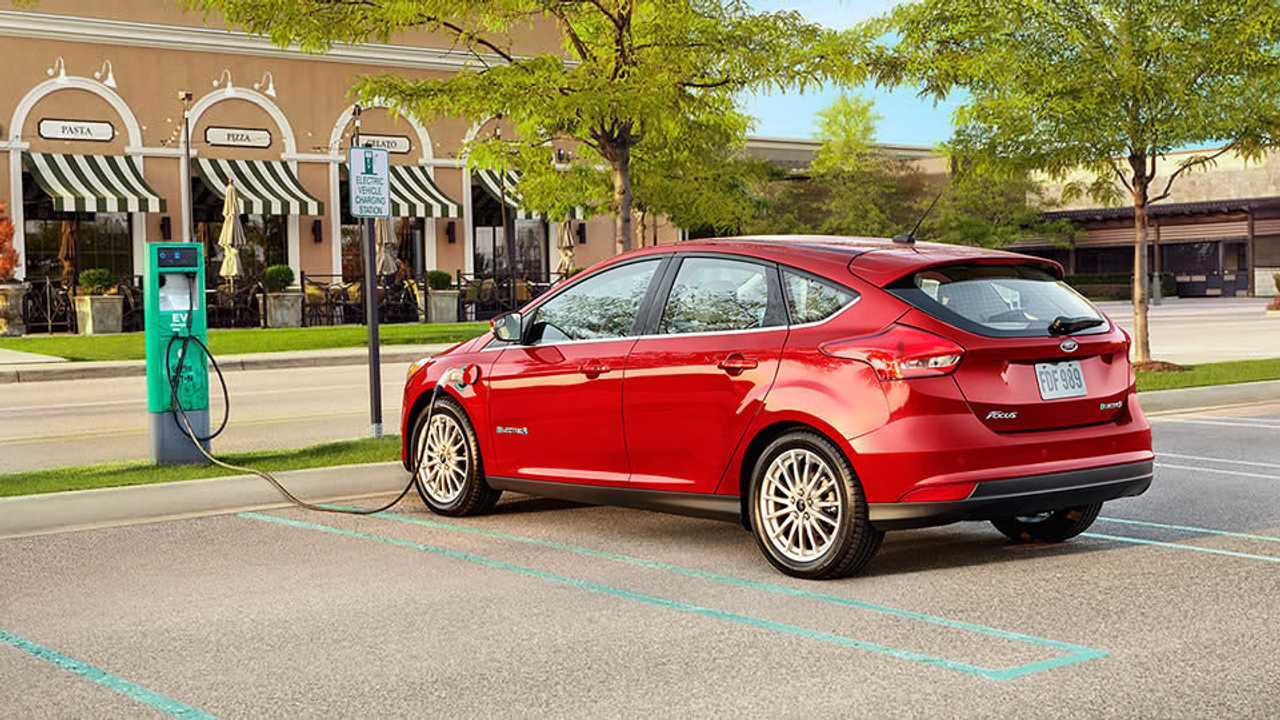 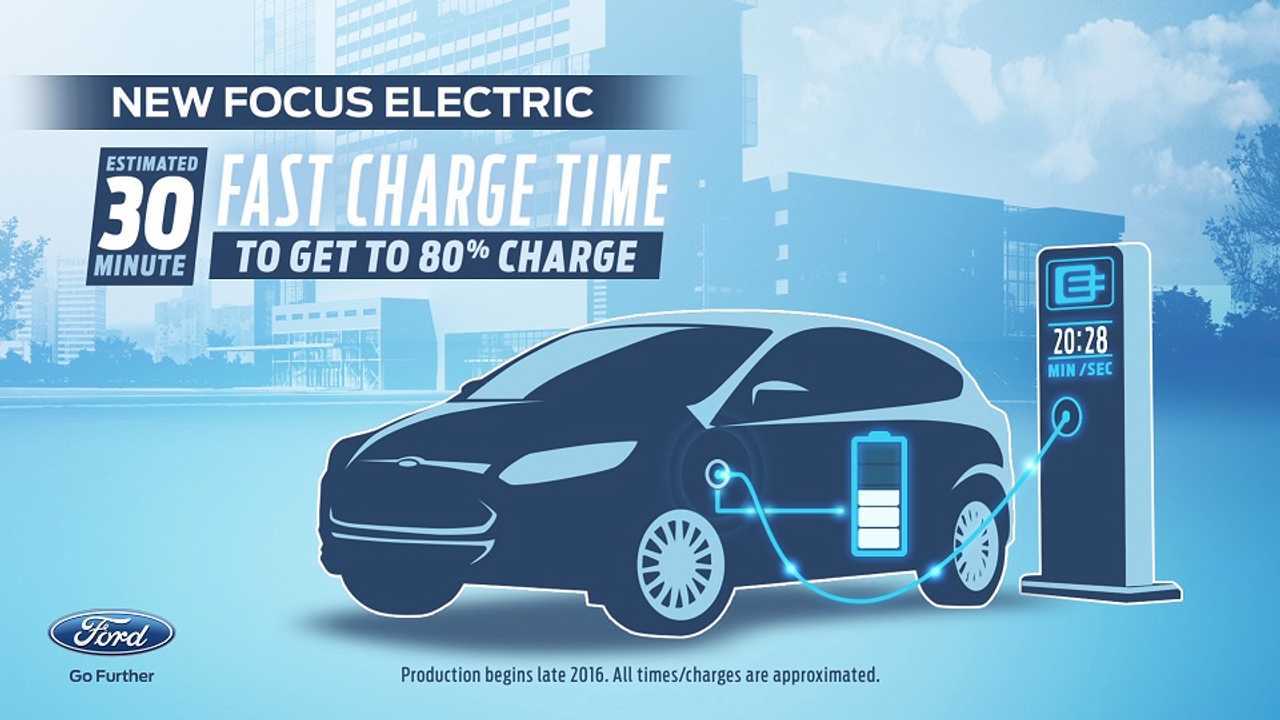 Would I buy the car again?  At this point, with affordable, 200+ mile range options coming as soon as this Fall I would be jumping on that boat.  I would only recommend this vehicle to someone whose driving patterns are completely compatible with a 76 mile range vehicle, and only if you could get a real deal to make the shorter range worth the hassle.

Ford has announced a new upgraded battery providing a 100 mile range for the 2017 Focus Electric and hinted they are working on a 200 mile range version for the future.

I have much more to say on the Focus Electric, but once you hit a certain word count Jay Cole’s (InsideEV's Editor-in-Chief) left eye starts to twitch in a most disturbing fashion.  For more thoughts on 60k miles with the Focus Electric, hit me up in the comments section.

By: Marc Lee
++
Got a tip for us? Email: tips@insideevs.com