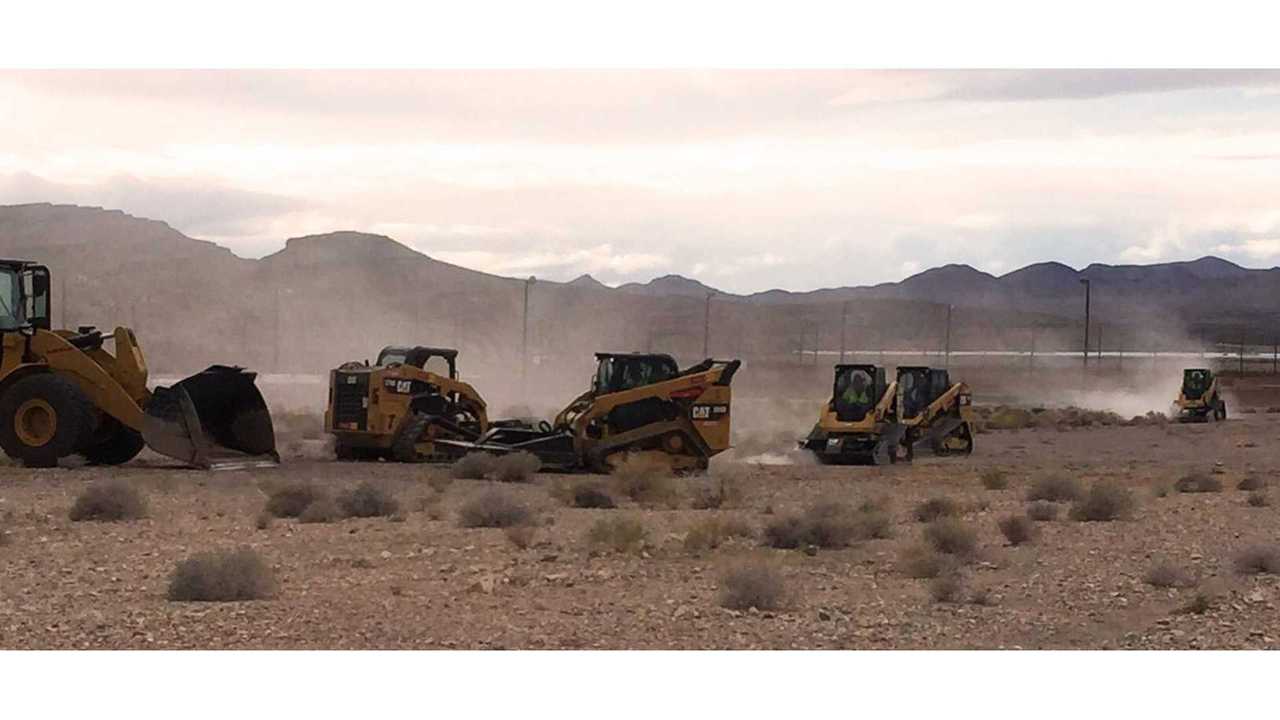 Remember the news from a few weeks ago that Faraday Future had not yet paid some $21 million it owed the general contractor building its Nevada electric vehicle factory?  Remember when Faraday then issued this statement?

"The business relationship between Faraday Future and AECOM is strong and we remain committed to building our factory of the future in North Las Vegas."

Or how about when a Faraday spokesperson said that "no work stoppage would take place and that the automaker was working diligently with AECOM to resolve the overdue payment?"

As it turns out, not so much.

AECOM filed a letter of intent to stop work in compliance with a Nevada statute governing contractors, and Jalopnik is now reporting that indeed work has ceased.

The GC says that Faraday is now $57 million behind in payments to an escrow account that AECOM uses to pay other companies currently working on the factory.

Truthfully, the news is not all that surprising as Faraday Future's parent company LeEco had a confessional moment last week, saying it was deficient the required amount of cash to fund all of co-founder Jia Yueting's many side projects.   Yueting sent a letter to employees on the financial situation, and also apologized to shareholders for not budgeting properly for all his venture’s cash needs.

Jia Yeuting with his "other" EV paroject - the LeEco LeSEE

Naturally AECOM still hopes for the best, and for the billion dollar Nevada project to again return to the black (especially as some ~$500 million of the build fund is earmarked to AECOM), sending Jalopnik the following public statement in regards to its private actions:

At this time, Faraday Future is temporarily adjusting their construction schedule with plans to resume in early 2017. We remain fully committed to our client and our employees working on this project, and we look forward to the facility’s successful delivery.

Nevada Treasurer Dan Schwartz, an early critic of the $215 million tax package afforded Faraday last year (with the future promise of hiring 4,500 employess and generating $87 billion for the state over the first decade of operations), is not surprisingly, none too happy.

“We’ve expressed concerns from the beginning that Faraday didn’t have the funds to undertake or complete this project,” Mr. Schwartz said. “Within the last several weeks, our concerns remain unabated.”

The treasurer went on to use the word “fraud” and raise questions about a “Ponzi scheme.”

This past March, Nevada required a surety bond up to $75 million from Faraday, and for the comapany to deposit another $13 million into escrow accounts to cover engineering and preliminary construction of water, wastewater and rail facilities.  Which seems like a pretty smart move now in hindsight.

Also of interest, at least six senior execs at Faraday Future have already left the company over the past ~3 months (list via Jalopnik):

The one thing that is for sure now, is that Faraday Future's plans to reveal its production-intent concept car this January at CES will certainly be done under a black cloud of doubt...if it even happens at all.

Update (Thursday, November 15th):  Help (in theory) could be coming as the cash-strapped parent of Faraday Future has announced some new funding.  Reports Reuters:

"Leshi Holdings said on Tuesday it had secured commitments for $600 million to support its automotive unit and LeEco high-tech business, which has been grappling with a cash crunch."

Whether or not that extends to Faraday Future in the US is unclear, one thing if sure, the entire $600 million would only get the company half a factory in Nevada.