Potential Nissan Options In The Case Of CHAdeMO Withdrawal 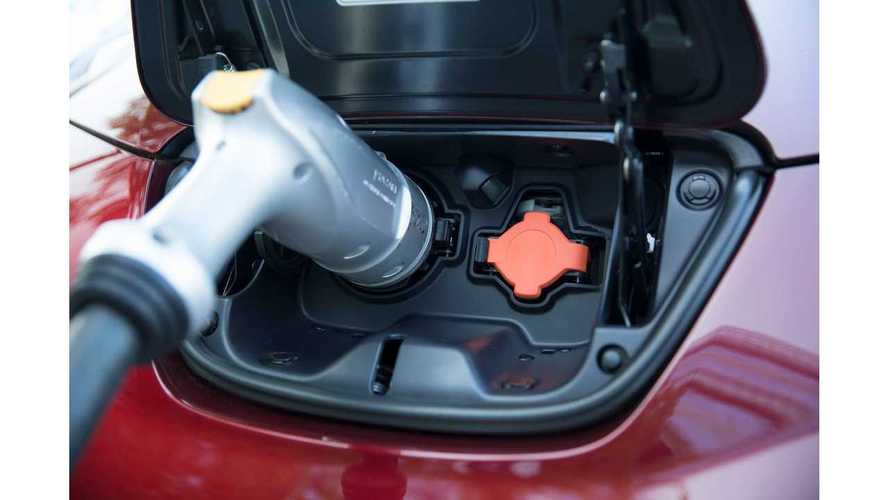 EVgo charging station - CHAdeMO and CCS Combo side by side

Nissan is the most important participant of the Japanese CHAdeMO Association.  One could even suggest due to the lack of participation by the other members of late, they are the only participant.

For certain, Nissan is the strongest promoter of the CHAdeMO DC fast charging (including V2G capability) and has by far the most CHAdeMO-enabled cars on the roads.

Nissan's efforts to spread CHAdeMO are indeed supported by Mitsubishi and few other carmakers on a smaller scale (Toyota too), but in general there are some doubts over the position of CHAdeMO in the world (aside from Japan, where CHAdeMO recently crossed 6,500 chargers!).

Moving forward there is a primary doubt whether CHAdeMO's popularity will be strong enough to exist long term with CCS, especially if CCS will be used by most of the automotive industry as they begin (or are forced) to embrace plug-in technology  - GM, Ford, FCA, Audi, Porsche, Volkswagen, BMW, Daimler, Volvo, Hyundai,etc., while also the regulatory environment in Europe is forcing future adoption of CCS.

The answer to the multiple standards today, is quite obviously multi-standard chargers, or simply two chargers (CHAdeMO and CCS) side by side.

The second doubt is whether CHAdeMO will see its 100 kW and 150 kW version adopted and upgraded (CCS alliance is already gearing up for 150 kW, while Tesla uses no less than 120 kW, up to 135 kW today).

At this time, there is no sign from Nissan to abandon CHAdeMO, but clearly CHAdeMO is losing its early mover advantage from being first on the market, with frequent 50 kW DC stations dotting the globe.

We could imagine potential solution for Nissan (and the rest of the group) in case of the continued fading of CHAdeMO:

In those four steps Nissan could nearly painlessly go through the switch.

However in terms of volume, the Japanese are still the leaders, and with new-generation models on the horizon (potentially very high sellers)  they could still fight for the win. Growing sales of future CHAdeMO models if wildly successful, and introducing higher power CHAdeMO chargers for long-range EVs could defend the standard.  But the question is now more and more becoming, "Is it worth it?" for Nissan to defend the position against all up and comers and why do it?