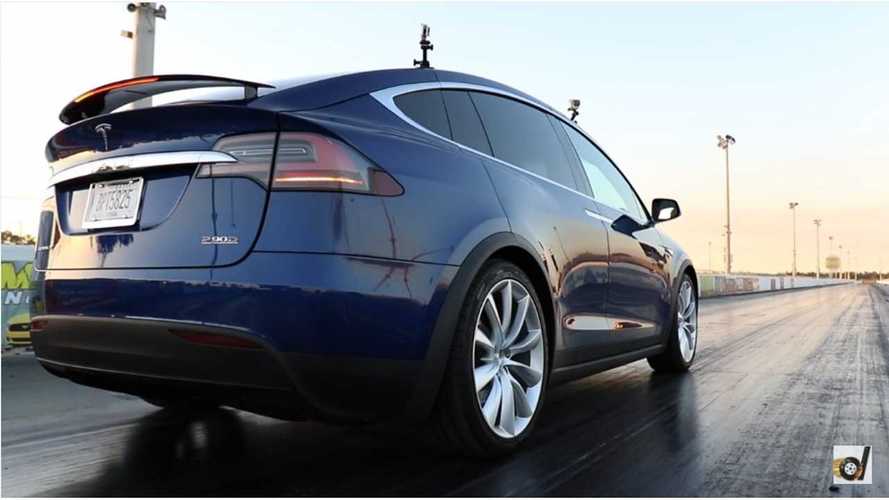 When comparing vehicles, many people give credence to 0-60 mph times as a surrogate for overall performance.  While there are other metrics that also quantify car performance; such as braking distance, skidpad g’s and track lap times; the standard many people use is the time it takes to accelerate from a dead stop to 60 mph.

This is a useful comparison for stoplight racers and for the drag strip, but it is not representative of how cars are normally driven nor how they normally perform.  The rolling start test is a better metric, especially when comparing electric vehicle performance against traditional cars.

The technique to minimize a 0-60 run in a car with an internal combustion engine (ICE) involves brake torqueing (for an automatic) and/or a raised engine RPM (for a manual).  This puts the engine into a more energetic state before releasing the clutch and brakes.

So before the car starts moving, the drivetrain is in an optimal configuration to maximize the power available once the light turns green.  The turbos are spun up and ready to provide boost.  The flywheel and crankshaft are rotating and ready to drop that energy into the tires.  Performance cars even have “launch control” to assist the driver with getting the engine into the proper state and transferring the power to the ground.  But we don’t normally drive like this.

Car & Driver magazine recognized the limitations of the 0-60 test and also collects “rolling start” test data.  They describe their testing in this article:

“Since most owners will seldom subject their cars to brutal launch techniques, we also perform what we call a street-start acceleration test from 5 to 60 mph. While rolling with the car in gear, we floor the accelerator at 5 mph and shift quickly at the optimal shift point.”

(Note that this is different and should not be confused with a “rollout”, which is the distance a vehicle can move before triggering the timing lights at a drag strip.  More info is available on this here)

In a rolling start test, the engine is at idle, with slow turbos and an engaged clutch or locked torque converter.  The car’s engine is obviously in lower energy state than when staged at a drag strip and the data C&D collected demonstrates the difference in acceleration times.  Even with the 5 mph head start, most cars take LONGER to get to 60 mph during the rolling start test but, crucially, the difference between the tests varies widely from car to car. To understand this variability, review the C&D test results from a representative selection of cars.

The differences between the cars can be attributed to characteristics such as turbo lag, available tire grip or engine torque curve.  The cars with turbo lag or a peaky torque curve tend to have a wider difference between their 0-60 and 5-60 acceleration times (ex: Macan S, 30% or Subaru BRZ, 27%).

Cars with larger displacement engines and no turbos perform similarly on the two tests because they produce higher power at lower RPM and don’t suffer from turbo lag (ex: Camaro SS, 3% or Camry V6, 5%).  This difference in performance between the two tests, which ranges from almost nothing to over 30%, indicates that the 0-60 test is not a consistent way to judge how responsive the car will feel in everyday driving.

Interesting, isn’t it?  The BEVs 5-60 rolling start times are MUCH closer to their respective 0-60 times; a number even have lower times.  This shouldn’t be a surprise because the tricks that ICE cars have to propel themselves off the line faster are not available in cars with only electric motors.  This means that if you only use 0-60 times to compare BEV vs ICE vehicle performance, the ICE performance results overestimate the real-world driving experience of the ICE car as compared to the BEV.

We should congratulate and appreciate Car and Driver for collecting performance data that is relevant and encourage other reviewers to do the same.  More so, rolling start times are easier to collect consistently because driver skill and road friction have a reduced influence on the results.

We should also be careful when comparing the 0-60 performance of the forthcoming 200-mi BEVs against ICE cars, especially those that are more “sporty” than the current 100-mi BEVs.  The ICE cars could be as much 30% slower in real-world driving.  Rolling start times, when available, are a more realistic and consistent metric.

The 2017 Chevrolet Bolt EV With A Stated 0-60 Time Of Less Than 7 Seconds, Should Be More Than Competitive With Other Hot Hatches On The Market When It Arrives At Year's End

The Chevrolet Bolt EV, a car GM claims to be faster than 7 seconds to 60 mph, may have similar acceleration performance to the i3; but with greater than double the range at a lower price, it will be uniquely positioned in the market.  It will compete directly with traditional cars.

Assuming the Bolt EV’s rolling start time is around 6.7 seconds, it will be marginally slower than performance-oriented hatchbacks, such as the VW GTI or Ford Focus ST.  On the other hand, it could easily be more responsive in real-world driving conditions than many entry-level luxury cars, such as the Audi A3 1.8T, BMW 320i, BMW X3 xDrive28i, M-B C300, M-B CLA250 or M-B GLA250.

Ultimately, we should use many diverse criteria to compare cars, and acceleration performance is just one.  If you value everyday drivability and responsiveness, look for 5-60 mph rolling start test data to compare EV performance against traditional cars.