Can Hybrids Still Compete With Plug in Hybrid Vehicles in Long Distance Travel? 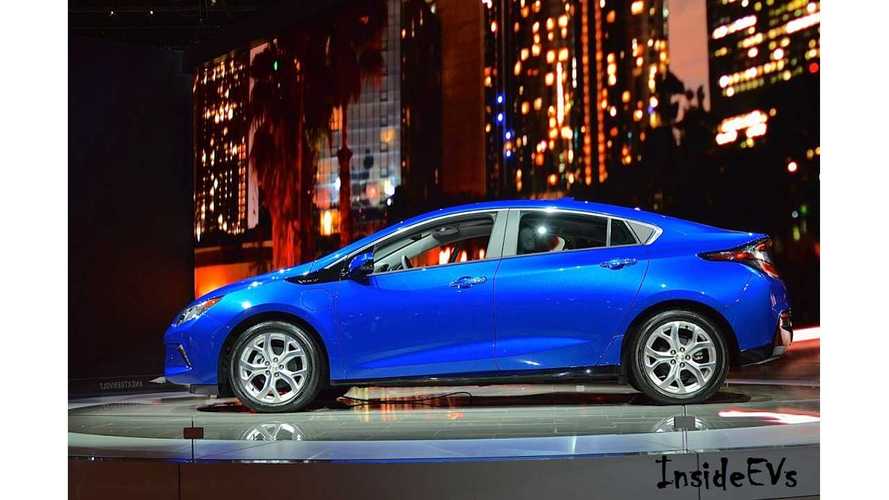 The two primary reasons that launched the hybrid (HEV) revolution were fuel economy and efficiency.

The Toyota Prius first launched from Japan in 1997 and was introduced to the US market in 2000. The Prius was the number one selling HEV from its launch and has not relinquished its lead ever since. Prius owners have made their purchase for both stated reasons, but for the most part did so for fuel efficiency.

The Prius and other HEVs however are slowly giving up sales to the plug in hybrid (PHEV) and may well lose ground to the upcoming 200 mile battery electric vehicles (BEV).

Toyota recently announced that their new MY2016 Prius HEV will be capable of 56 MPG. With the Toyota Prius being the number #1 selling HEV, some have compared this statistic to that of the #1 selling PHEV, MY2016 Chevy Volt with an EPA rating of 42 MPG, and concluded that the Prius HEV is still the greener and more efficient  over longer distances.  The Volt is capable of 106 MPGe for the first 53 miles, so what effect does that have on long distance travel?

In some instances, the MY2016 Toyota Prius hybrid HEV would have to drive 242 miles before overtaking the Chevy Volt plug in hybrid in fuel efficiency, while always less efficient inside 100 miles. This is the simple math that is rapidly devouring hybrid sales HEVs for plug in hybrids PHEVs and pure electric BEVs as well.

This showcases the effect that reasonable all electric range (AER) has on long commutes. Toyota announced that it will increase the electric range of their plug in Prius PiP from 11 miles to ~30 miles in 2017. The above graph shows the impact of how the top end of 35 miles compares to their own HEV. All specifications are not in on the 2017 PiP, but one can see how it will be a very attractive PHEV for those with short daily commutes and long weekend travels.

People can find the PHEV or BEV that fits their lifestyle best here.  When efficiency matters in one's decision, more and more the plug in vehicle wins when compared to the HEV. If there is charging at both ends of one's commute, the break even in efficiency is often doubled.

But efficiency is not the only perk to the savvy buyer. Performance is just more icing on the cake.

The Toyota Prius HEV opened the twenty first century with leading edge technology, and no single vehicle today has done more toward easing the use of fossil fuel. For all the good accomplished by the Prius HEV, it also is a bit responsible for the “golf cart” mentality toward EVs. In fact, if it were not for Tesla, this belief would be even more prominent today.   As for hybrids being the king of long distance efficiency, that page has turned and performance is no longer a sacrifice.

It is worth noting that the MY 2016 Prius has improved its performance and has been quoted as driving more like a "normal car". That is good news, in that it will invite a larger number of potential drivers. The driving experience of a PEV however, is superior to that of a normal car or hybrid. The Chevy Volt's low center of gravity, combined with its 0 to 30 MPH in 2.6 seconds makes it and exhilarating drive while remaining more efficient than any hybrid without a plug.

There are of course many factors beyond efficiency alone. Cost, performance, size and your particular commute all play into the best fit. There are many online tools today to help you find the vehicle that fits you best. Here is one from ClearPath that will assist you in your quest that compares EVs to diesel and gasoline models. As for long distance efficiency, step aside hybrids, there are many new games in town, and they are touting a plug.