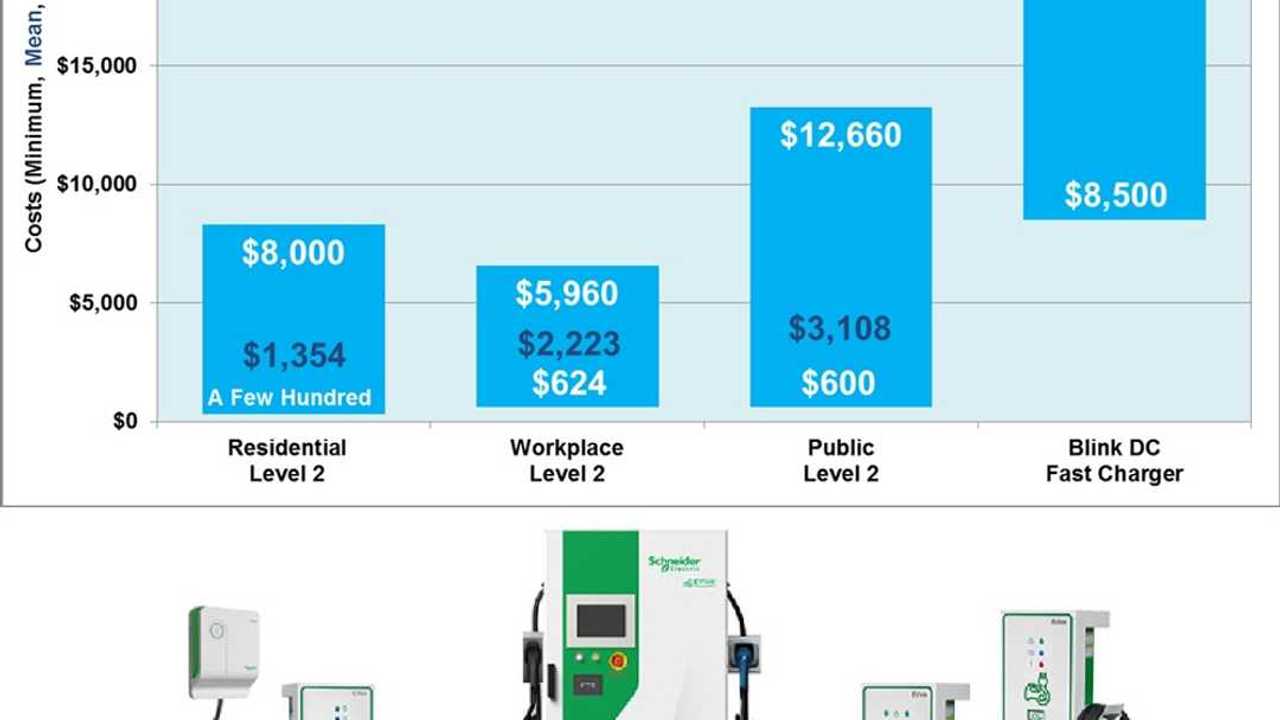 As it turns out, Blink DC fast chargers were installed at an average price $22,626, and the lowest registered cost was $8,500.

At that time, Blink chargers installed by ECOtality were up to 60 kW with two CHAdeMO plugs, but only one car could be charged at a time (the second connected would charge after the first one stopped, unlike Tesla Superchargers, which has power sharing implemented for every two terminals).

In the case of AC Level 2 (J1772) charging stations, installation cost were from a few hundred to several thousands or even over $10,000 for some publicly available points (probably with all the connectivity and payments). Such high installation costs of J1772 makes the whole project pointless on the economic side, we believe.

Sadly, there is no data for 2015, but for sure it should be somewhat less expensive to install charging points as more places (and persons) are in the business of doing it.  As for the EVSEs themselves, they are significantly less expensive (some of them at lower power level even don't need installation because they are equipped with a plug). The average person probably will also take care to keep costs to a minimum, much lower than companies engaged in public projects. If the location is difficult and requires a lot of work/parts/etc. the cost could surge.

"The EV Project and the ChargePoint America project were conducted for the Department of Energy by Idaho National Laboratory (INL). From 2011-2013 the project installed nearly 17,000 alternating current (AC) Level 2 charging stations for residential and commercial use and over 100 dual-port direct current (DC) fast chargers in 22 regions across the United States.