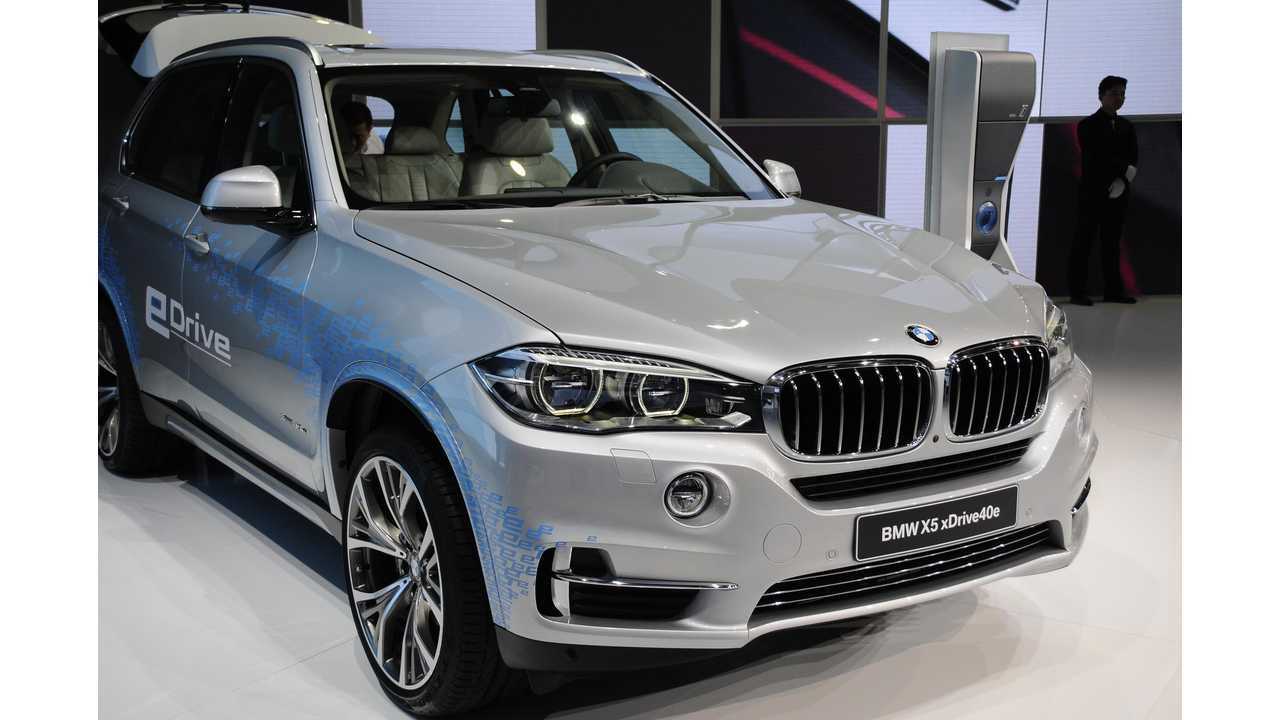 Not so long ago, if you wanted a new electric vehicle in the US, you had your choice of ... a virtual sea of passenger cars (most of which were compacts), and the Porsche Cayenne S e-Hybrid.

That situation has been rapidly changing of late, as the latest plug-in offerings to enter the US have been utility vehicles - namely, the Tesla Model X and the Volvo XC 90 T8 Plug-In (albeit both still being a few weeks away from mass deliveries).

Now enters the BMW X5 xDrive40e, which has just started arriving at dealerships across the country.

Inside The BMW X5 XDrive40e

Some basic stats on the X5 plug-in:

InsideEVs own Michael Beinenson recently got the opportunity to take an early US demonstrator model for a spin, and can confirm (thanks to the sticker in the window) that the BMW will indeed get a 13 mile electric range rating from the EPA via its 9 kWh battery.

We should note max charging on the BMW is limited to just 3.6 kW - so expect to set aside ~3 hours to get a full boost.

If you are interesting in optioning out your own X5 xDrive40e, BMW just went live with its online configurator - which you can find here.

Of interest, the M Sport line (which adds 19" wheels and all the "M" trimings: steering wheel, seats, door sills, etc.) will set you back an additional $4,350.

Of course, as with all configurators when they are released, we like to see "how high can we make it go" ...with the inclusion of something called "Night Vision with Pedestrian Detection" for $2,300 (which sounds cooler than it likely is), we got the X5 xDrive40e up to $83,395!

Below you can find some expanded specs on the BMW X5 xDrive40e: