Personal Projects: Power in Flux - The History of Electric Motorcycles 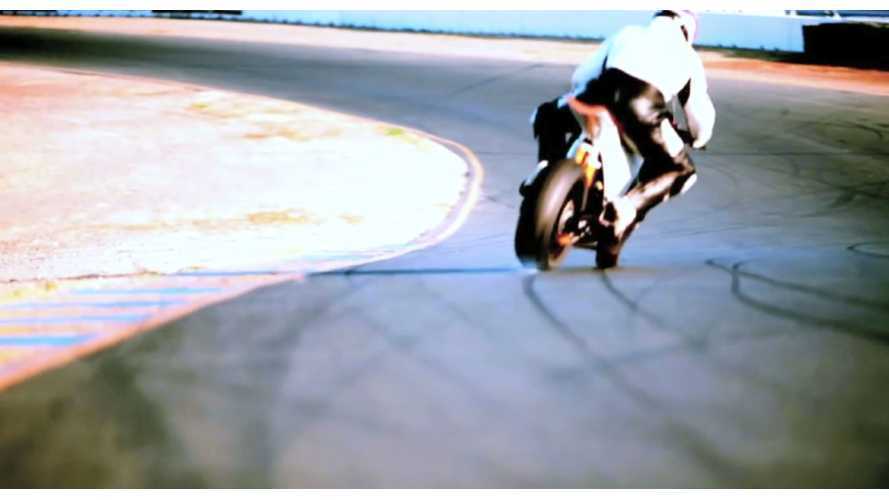 Obsession and eccentricity have their benefits.  Sometime in the last few years I realized that I'd gotten in pretty much on the ground floor of the current wave of lithium-powered electric motorcycles building, racing, manufacturing and, hopefully, adoption by the masses.  It soon became clear, it was a small group, and everybody knew everybody else in one capacity or another.  Even now, when friends who share this healthy interest hang out, we find ourselves talking about "the Golden Years of Electric Motorcycles" which, in reality, we're still experiencing.

It came naturally for me to look back and try to sort out the timelines of these developments - from the earliest lead-acid powered conversions running forklift motors racing in parking lots as early as 1998, to the very first running of the TTXGP at the Isle of Man with a field of 23-something lithium-powered, PMDC-driven race-bikes, to today's high-voltage AC-powered sub-3-sec 0-60mph and over-150mph top-speed electric superbikes.  What's interesting, though, is what I like to call the "confluence of technology".

The confluence in technology is really something we see in the study of the history of scientific revolutions - something I discovered in my first studies in Philosophy reading Thomas Kuhn - The Structure of Scientific Revolutions, and re-stated in a fascinating book called, simply, The Bicycle, by Prior Dodge.  Dodge discusses the earliest iterations of a human-powered two-wheel contraption, and how each version was built, released, embraced and then discarded due to the inherent flaws of the design...  but also the manufacture.  The technology available in the late 19th century just wasn't up to the challenge of solving the engineering problems in a two-wheeled, lightweight, pedal-powered machine.  Gearing was the biggest problem, ultimately.

Around the start of the 20th century, you had all the bits in place, save one.  You had inflatable, pneumatic tires, giving you a smooth, efficient ride.  You had methods of manufacturing hollow, lightweight steel tubing that were cost-effective and strong, but there was no solution to the gearing problem - the fact that it took too much effort to push the pedals to make the thing go, or, once moving, the pedals quickly outran the riders ability to push them - until the invention and manufacture of the industrial roller chain.

All this had to come together before what we saw as the modern bicycle could be conceived.

...which brings us to the battery technology, motors, frames, charging, BMS design and a host of other technologies that needed to happen before we could see a 150mph-capable "sportbike" motorcycle on the market - not to mention, the general awareness and acceptance of EVs in general.  That, to me, is what's fascinating.  Thus, "Power in Flux: The History of Electric Motorcycles".  A book project tracking not only the timelines of EV two-wheeled history, but the technology that helped it happen.

And here's the other thing.  I've put together a Kickstarter project to fund this book.  One of the unexpected results?  I've received a huge outpouring of support and encouragement from the most remote corners of the community, from guys who've worked in the trenches, behind the scenes at some of the most progressive companies developing products, to the biggest movers and shakers - all reaching out with information and access that I couldn't have possibly imagined.  It's become a project with the entire community as stakeholders and contributors.

We got 25% of our funding in the first 24 hours of the project, and the buzz keeps coming.  We're getting coverage from the bloggers and enthusiasts, like The Electric Motorcycle Club, as well as the big boys like Autoblog, with more coming...  Keep your fingers crossed, stay tuned, and if you'd like to see the project, go here: Power in Flux: The History of Electric Motorcycles (Kickstarter)