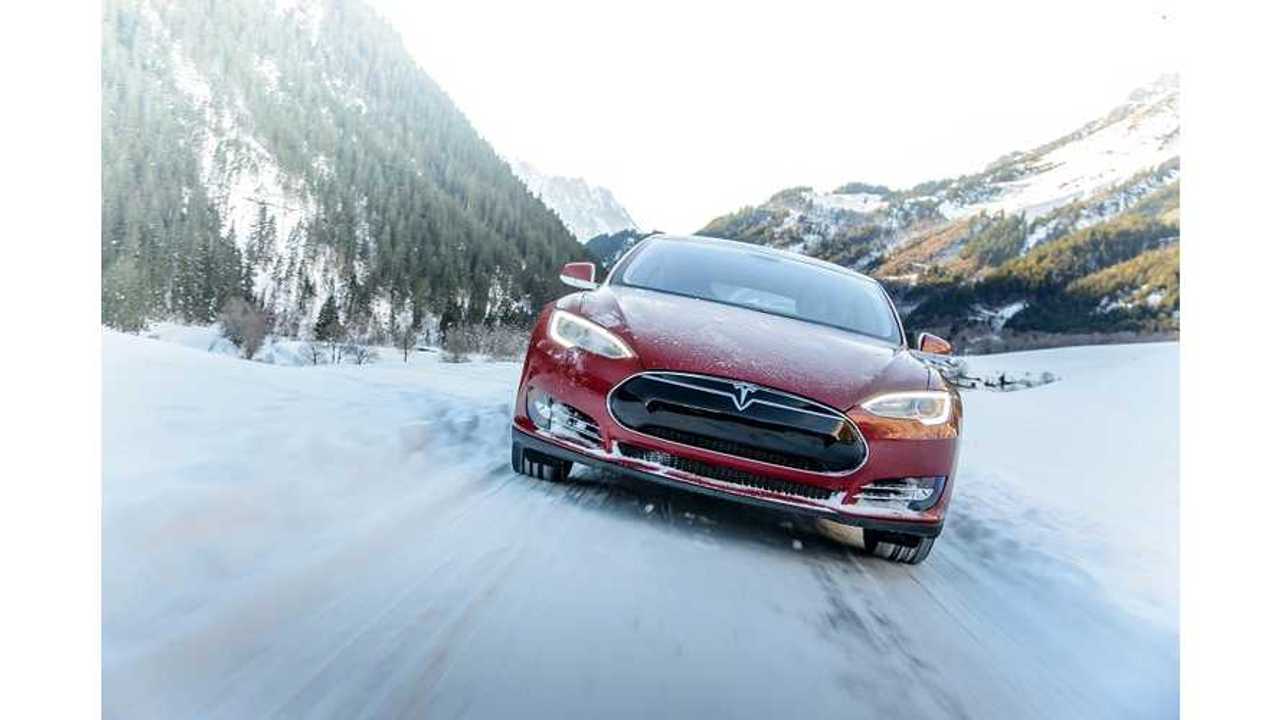 Runs were done in range mode on/off and slip start on/off combinations, as well as full throttle at low speed.

The Tesla copes with snow pretty well, although as in the case of any vehicle, snow decreases range - by at least 10% according to Philippe, who shared his insights:

"With the snow we had in the past couple of days, I decided to do a couple of acceleration runs on packed snow and film them using my Nexus 6P (240fps).

Last pass, I hit full throttle when in front of the camera. Range mode was OFF and Slip Start was off.

If you pump the volume, you can hear the motors / inverters modulating their output.

Couple of things I noticed :

1-With range mode, the car seems to be a bit slower to adjust power bias between front and back. This is barely perceptible when driving but is clear in the video (front wheels spins a bit before the back kicks in which make sense since I have the same motor in front and back, this is not a P85D)

2-Slip start does not have much effect... I believe it uses the G sensors of the car and since I had plenty of traction (the Nokian R2 are really nice on packed snow!), it had barely any effect. The car was spinning a bit more (look at the snow that's been thrown by the tires in the 2nd vs 3rd run) but it's not like it was cutting power with the setting disabled (like it does on bare ice)