BMW i8 Duo Takes Over Port Of Miami - Video 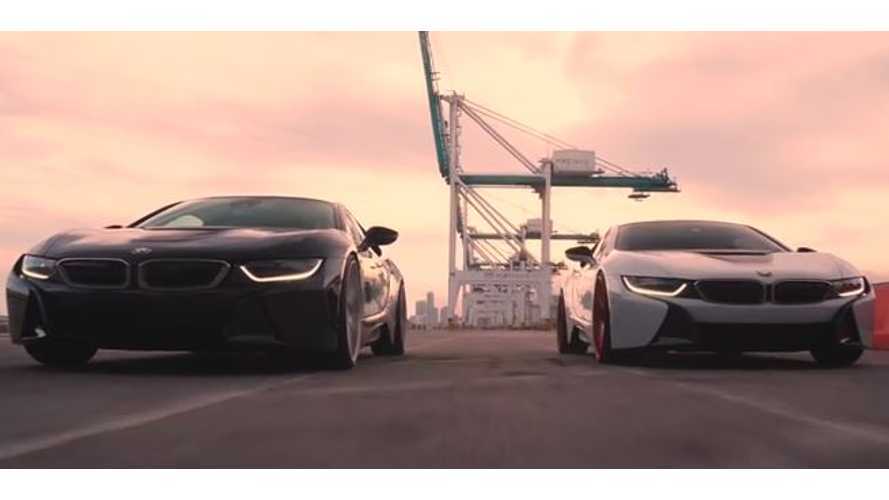 Vossen has once again put out an excellent video that features only plug-in vehicles.  Perhaps you still remember Vossen's Tesla Model S video.

Here's the video description for this clip.

Check out LordMcDonell and his insta-famous BMW i8 matched with our good friends Lou Lavie and their incredible i8 in a video for the ages!!. Luxury and sport hybrids were first pioneered by Lexus and now BMW, Tesla, Porsche and others are making an effort to blend their less-traditional hybrid models with the more mainstream models. In the case of BMW, and this Vossen Forged BMW i8 Duo, there’s no blending in happening anywhere!

We initially decided to shoot James's i8 by itself and people were clamoring for his video but in true Vossen fashion we talked internally and decided to turn things up a notch. Enter Lou La Vie, the elite exotic car agency in Miami. If you recall we began working with them on the Lamborghini Huracan/McLaren 650 S video which was a smashing success. Since they had an i8 they decided to make it even more prestigious by adding our 22x9 and 22x10.5 custom lightweght Vossen Forged wheels wrapped in Pirelli tires, just like James's car. They went with our VPS-301 wheels in a matte clear finish which matches the matte silver trim on the car and gives the i8 the true supercar look it was missing.

The white & red BMW i8? That is owned by our partner in crime, James McDonnell also known as @LordMcDonnell on instagram. He's taken it by storm by posting some hilarious content mixed in with his amazing daily experience with rare and exotic cars. He was one of the first to pick up the BMW i8 and immediately wrapped some of the trim by getting rid of the blue accents for black. He then lowered it on H&R springs and of course brought the car to the only wheel company he can trust, Vossen, for his one of a kind Vossen Forged wheels. His i8 is now nicknamed #i8pizza and he's taken it to the races at Sebring to SOWO so thousands of people have seen this brilliant car in person. If you have not, turn up the music, press play and watch amazing in motion.

And yes, we did shut down the Port of Miami to shoot this one of a kind video. Enjoy :)