Should BMW Make An Electric i1? 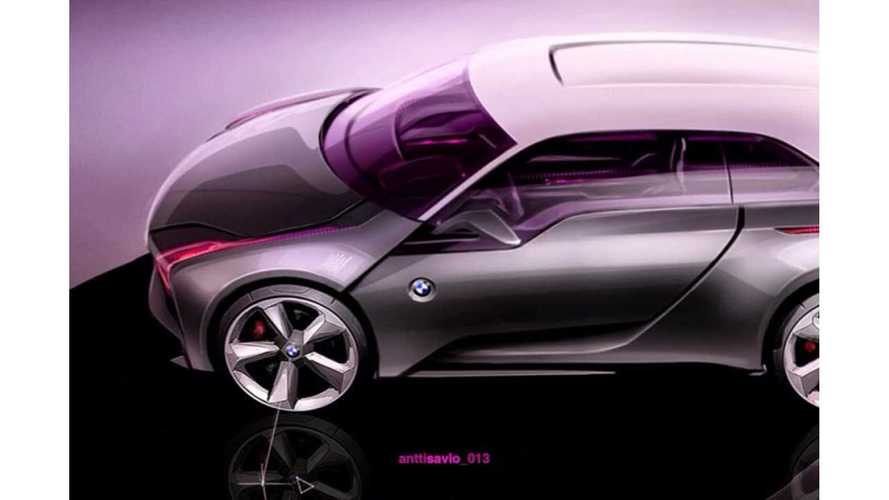 The idea of having an all-electric counterpart to cars like the Smart, Toyota Aygo, Citroen C1, Peugeot 108 or Nissan Micra certainly has its supporters, but at the same time, the electric cars aficionados often negate the need of an electric vehicle sitting below the already fairly small i3.

While BMW is likely to size up their electric vehicles range, in order to compete with the likes of Tesla and other upcoming EVs, the idea of a smaller i1 is not that far fetched. There is a niche market for those type of cars which, if sold at a good price, can become popular in large cities. So we decided to look at five reasons why a “tiny EV” would not make sense for BMW in the near future.

1. Can a small all-electric vehicle also be luxurious and drive well?

Getting the electric components and luxury materials combined with great driving dynamics can be achieved. BMW has already proven this with the new i3 and the next generation i3 is likely to improve upon that even more. But putting together a similar package in a smaller car could be a daunting task. Now you have a much smaller frame and cockpit, so less room to play your magic and reduced possibilities. You also need to fit a smaller battery, which in the end might not be a bad thing since the range could remain constant if the weight of the vehicle is lower than the i3.

The second issue with a tiny EV is driving dynamics. The i3 is already light on its feet and shakes quite a bit when hit with high-winds, so a smaller EV would be even more challenging to drive on highways. But if BMW would launch on i1, then the car would certainly be targeted mostly at in-city driving which can create additional problems on its own. BMW i’s core values also stand for great driving dynamics, a phrase emphasized by BMW with every chance they get, so going the Smart route, the marketing slogan of “sheer driving pleasure” would need to be adjusted.

The electric range should provide an advantage for BMW over its competition – whether petrol, diesel or electric. The new small EV should definitely allow you to travel up to past 120 kilometers in the city which might make for a great city tax or Uber car. Add some fast charging capabilities it and you could see such a car in public car fleets. Parking would also be easier, especially on those Italian and Greek alleys.

Certainly not the first thing that pops to mind when buying such a car, but with the lowered weight and a low center mass the car could be quite a sprinter. Floor that pedal, let the torque kick in immediately and you can run the streets like you’re in the Italian Job movie. The electric motors combined with the battery packs in the floor of the vehicle could certainty give it go-kart like performance. While its size doesn’t warranty great speeds while cornering, it could prove to be a tough pill to swallow for many of the today’s sports car models. We’re thinking under 7.0 seconds for the acceleration from 0-62mph (0-100km/h) times and even quicker on the 10-40 mph range than the i3.

Many have praised the BMW i3 and its design overall. On the other hand, this would be an even smaller package. But starting fresh with a blank piece of paper, BMW designers could certainly put together an attractive car that not only looks “cute” but also sporty.

This is where it gets tricky for the new model. What price should be set for the new model? While the car should definitely serve as a second or even third vehicle in the garage, it should be fairly inexpensive to purchase. We’re thinking somewhere between 15,000 – 20,000 Euros and BMW would get even younger drivers in their cars. And your wallet won’t feel too bad for having so many cars in your garage.

In true fairness to the current model range, we already have the BMW i3, which by U.S. standards is already considered a small vehicle. The BMW i3 can fit four people and some luggage, it offers a beyond city range so it fits the needs of most electric vehicles customers.

Would a two-seater electric BMW find some loyal customers? No doubt. Will the be enough to justify the high development cost? Only BMW has the answer to that question.