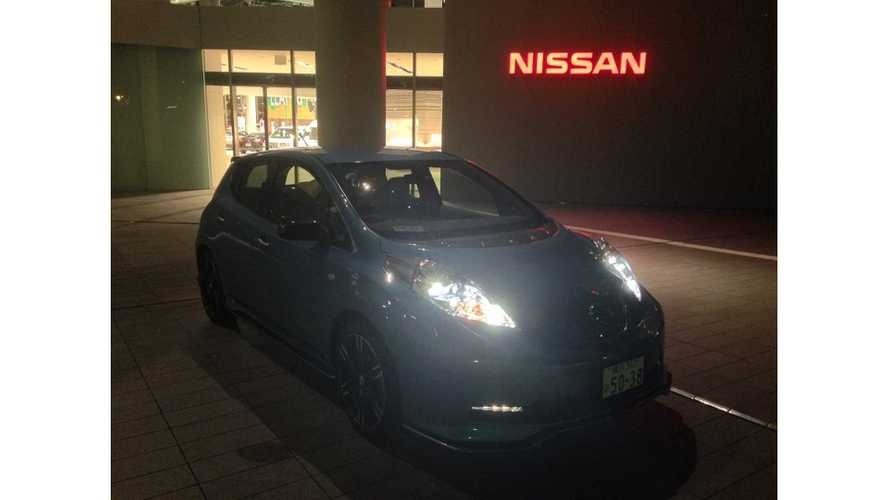 Nissan LEAF Sales Were Also Steady In Japan In 2014

Despite some 22 production electric vehicles on sale in the United States, the Nissan LEAF continued to steadfastly hold onto its 25% market share throughout the year.

In fact every month for the LEAF in 2014 was a record month, besting the previous years by a considerable margin.  And the year before...good for 23 months in a row.

Nissan put a brave face on the numbers by explaining the difference between the selling environment in December vs January.

"We saw a significant increase in demand in December from Nissan LEAF customers looking to take advantage of federal and state incentives at the end of the tax year, which pulled some sales ahead. We’re confident that EV sales will continue to rise over time due to increasing emission regulations and other reasons for purchase of EVs such as lower operating costs, reducing dependence on foreign energy sources, environmental concerns and a great driving experience.” - Brendan Jones, director, Nissan Electric Vehicle Sales and Infrastructure

Last year, Nissan sold 30,200 EVs, the first plug-in vehicle to sell in such an amount in any year, in any country, surpassing the old record set by the Chevrolet Volt - which sold 23,461 back in 2012.

Nissan's Decision To Up Production Capacity Of The LEAF In Smyrna, TN In 2014 Turned Out To Be A Good Call

In 2 Months Time, There Will 1,100 DC Fast Chargers Nationwide In America (and yes, that is a NISMO LEAF you can't actually buy in the US)

The question now is, can the Nissan LEAF restart their consecutive monthly record clock, or is this a sign of things to come?

If January is indeed just a blip, how high can the LEAF go?  Will demand stay strong for the Nissan?  Can it hold off the new 2016 Chevrolet Volt set to go on sale in the second half of the year?

Also of interest - Nissan held a 26% overall market share of the European plug-in market as well in 2014, add in partner Renault, and the "Alliance" controlled 46% of the market.

Production:  A "perk" if you will of the seasonal slowdown in January and February for electric car sales has been to finally allowed national inventories of the LEAF to grow past the 5,000 unit level for...well, pretty much the first time ever.

Infrastructure:  Nissan noted in January that it expects to see over 1,100 DC fast charging units in America by the end of March this year, with another 600 being added in the 12 months following.