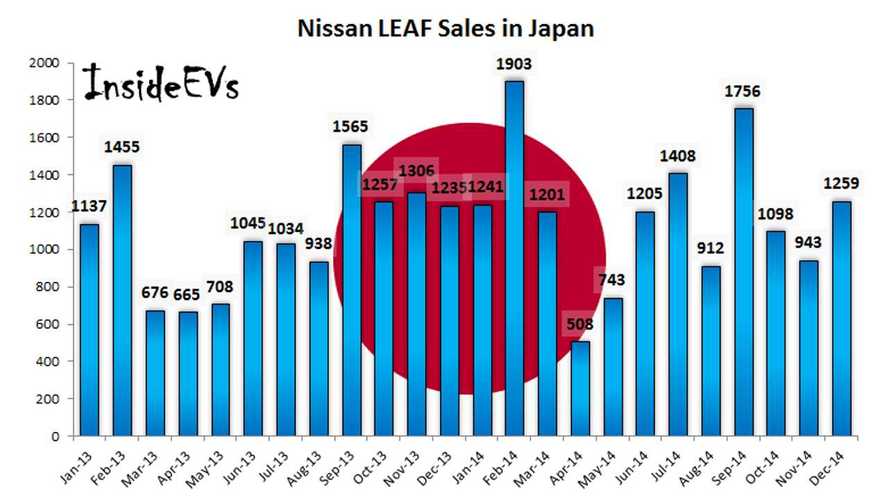 Just like in the US, Nissan has increased LEAF sales every year in Japan.

With almost 3,000 CHAdeMO chargers and some additional incentives, we'd like to see even higher sales, but that's not what the numbers point to.