The Dream Bike Build: The Budget 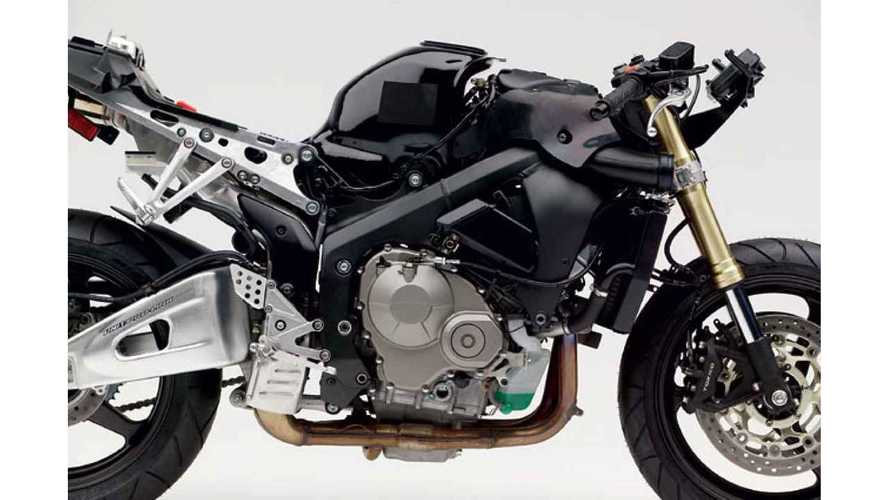 By: Ted Dillard
Continuing the exercise of planning and building an electric superbike conversion started back here, on The Dream Bike Build, it's time to sit down with a calculator in the cold, harsh light of day.

It seems like ’05 was the turning point for the chassis on either the CBR-RR series or the Yamaha R6 or R1 – inverted forks, chassis re-designs, and most of the development of the bikes after that were in engine improvements.  Here’s a good site on the CBR-RR for reference.  The Yamaha line has dominated racing in the past few years but I’m guessing that’s mostly due to engine work, not handling.  In any case, the handling on either of these bikes past ’05 isn’t going to suck.  For that matter, nor is the handling on most of these even earlier, so we can throw in an option for chassis going back to about ’03 (the first year of the RR variant) if the price is right.

Just experience talking here, but you usually need to fix something to make things right.  Right?

Motor – Emrax 268 with accessory output shafts and shipping and all: $4500

This is the outrunner that is rated for 100kw, 6000-something RPM and weighs all of 28lbs.  The trick is to pick a controller that is a reasonable size, you can program (that is, you can find someone who can tune it correctly for you), and that can get the most out of the motor yet isn’t eleventy million dollars and weighs four bazillion pounds.  That remains probably the biggest question.

This is for the pumps, lines and radiators for liquid-cooling the motor.  Not much of a major deal, but the nickel-dime stuff will kill you.

This will run the Emrax at a minimum of 160V, which is about the highest I care to run the system at, though pretty low in terms of getting the most out of this motor.  This would allow up to a 300V system, which I can move to at a later time.  It also is a controller that several folks have offered to tune.  I know we talked about the Mission controller being the cat's, um, "meow", but even for a fantasy project that's kind of unobtanium.

I have no real idea of how much this would actually be, but I figure this is a good round number, considering it needs to include shipping, maybe a field trip, beer money and other sundries.

This is primarily for the motor mounts and battery enclosure and mounting assemblies.  Again pretty much a stab in the dark.

Totally depending on what deals I can get and what I can find, as well as the size of the pack.  This could range from a used pack that I assemble, to a complete plug-and-play using a Zero pack.  Probably the biggest unknown, system-wise, but also one of the more flexible decisions.  I can change voltage as well as capacity if the system is designed right.

I kind of really want this to be legit, so running a good display, like the Andromeda EVIC, would be slick.  They just launched, and they said they’re working to develop a Rinehart interface, so that’s good.  Also they support the Orion BMS, which I forgot to mention.

Again, this allows expansion up to a lot more voltage than what I’m looking at, but the one that’s set up for 60 cells (190V or so) is around $1k.  Just throwing in some extra for cables and connectors and other stuff.

This is kind of a shot in the dark as well, but seems about right for a ballpark, high power (and thus high-speed) charger.  I think you have to go with one of the major brands so the BMS will integrate well, so I’d lean towards Brusa or Manzanita.  Funny how chargers are kind of the last thing you want to think about.  I’m not at all convinced I even want it mounted on the bike, but we’ll see.  For any near-max-range riding, it’s pretty handy to be able to just plug in and top up.  So yeah.  Let’s not scrimp on this detail.

Yeah, OK, I want them to be pretty.

Let’s, just to introduce some reality into this, look at the pricing for what is (in theory) on the market in this performance bracket.  For a full spec comparison, see this post: Spec 30K Three-Way: Mission R, CRP Ego, and Lightning LS-218.

My performance goals are pretty vague – but I’d like to get in the neighborhood of a 75 mile range, top speed of 150mph, and 0-60 times of 4 seconds or better.  Give or take the same ballpark as those bikes.

Now, armed with these numbers, and because I feel the need to justify this aberrant behavior, lets answer the simple question this begs.  Why?

Well, first, because: Honda CBR600RR.  I don’t think anyone would argue it’s one of the best handling bikes on the planet, and guys like Rob Barber have just flat-out said that to me.  Second, though this is thin, because of the work and time needed to do the build, hell, it's a savings of $10,000?  Does that count?  I mean, when I first built a bike it was because I simply couldn’t buy one even if I could afford it, but now, (even though I still can’t afford it) I could, in theory, buy one.  But I can still build a bike for less.  And third?  Maybe I could build one better.  Just maybe.  But I know I could build one precisely suited to my wants (note: pointed use of "wants" over "needs".)

Also, and maybe the most important to me, personally – I’d like to show it can be done.  Me, in my garage, building an electric conversion bike that can stand toe-to-toe with a gas-powered 600 class sportbike.

Is that so wrong?