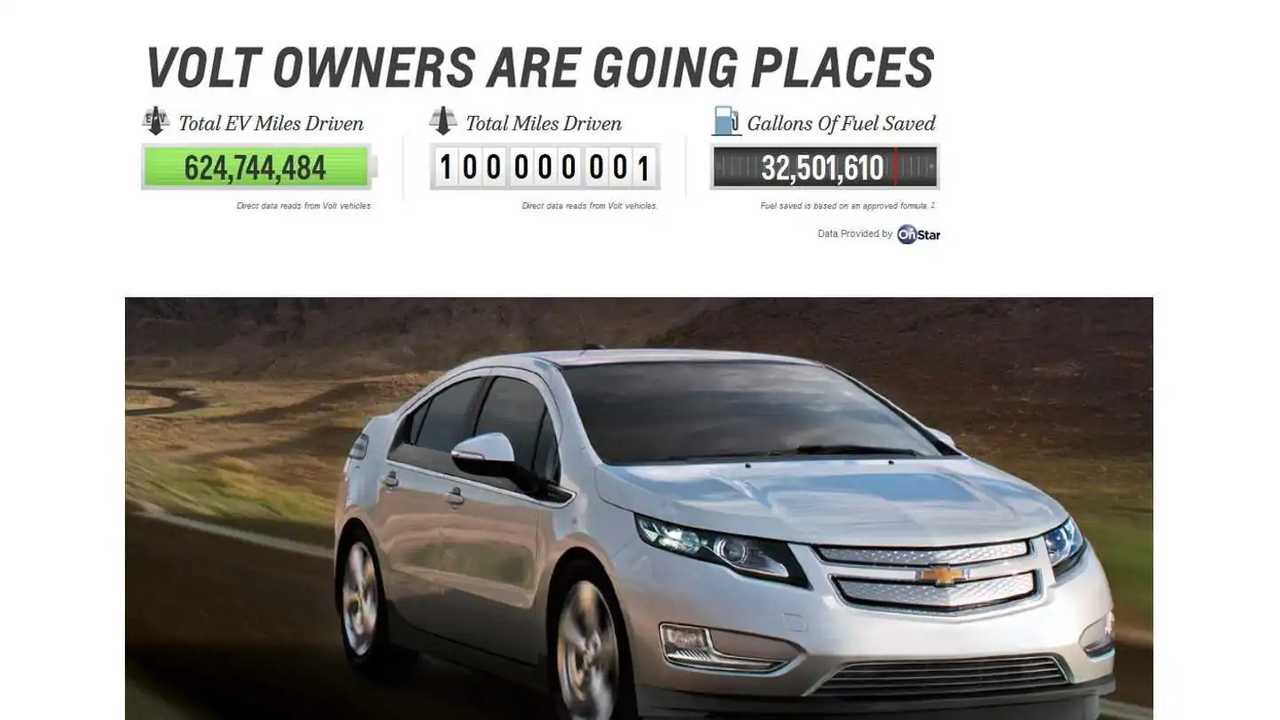 Of those 1 billion miles, nearly 625 million were driven electrically.

As for gas savings, General Motors claims that Volt owners have saved over 32.5 million gallons of fuel.

Think over those figures for just a moment...

According to the data (collected directly from the vehicles via OnStar), nearly 62.5% of the total 1 billion miles were driven on battery power alone.

Honestly, only one word comes to mind... WOW!!!