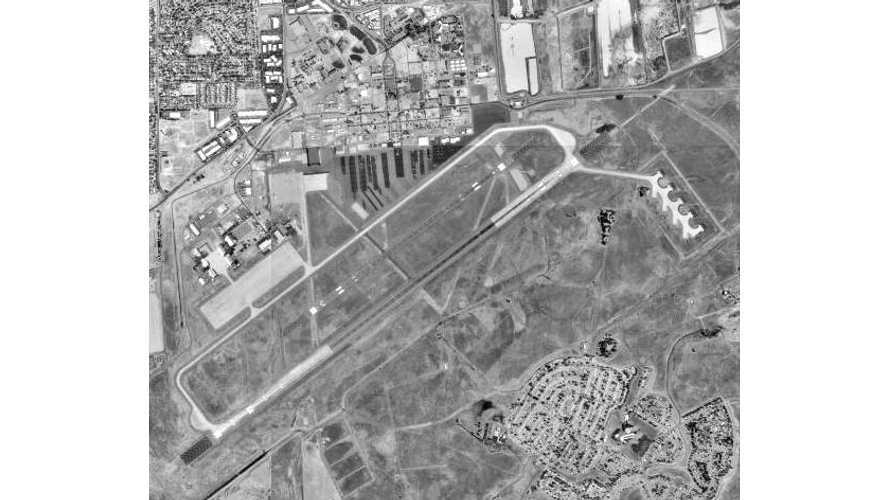 We know Tesla is hoping to break ground on the first of two sites for the company's $5 billion dollar Gigafactory in June.

And we also know that Elon Musk opened the door (albeit slightly) to California being put on the "short list" alongside Nevada, Arizona, New Mexico and Texas for that facility; provided the state could cut through its own red tape fast enough for Tesla to make their 2017 completion deadline.

But where in California might it go?   How about the Mather Airport’s business park in Sacramento?

The Mather Commerce Park is now currently one of the locations under consideration, and have put together a package for Tesla to consider.

It was just May 7th when Elon Musk mentioned California could still be a viable option for the battery manufacturing plant during a quarterly conference call; but he didn't sound too terribly confident

"I think California’s still in the sort of improbable, but not of being impossible, category at this point."

The reason for Musk's pessimism was that he didn't think California was nimble enough to deliver permits and regulatory approvals in a timely fashion.  The state has a history of being difficult to deal with in this regard; automaker Toyota recently decided to move its headquarters from the state for friendlier corporate pastures in Texas.

California Joins 4 Other States In Running For New Battery Facililty

If California could get out of its own way, the park would seem like a good choice.

The Sacramento Bee talked to Country Supervisor Don Nottoli who looks after the Mather area, and he echoed the Tesla CEO's words:

“The administration is working every day to bring companies to California and help them grow here,” he said in an email to the Bee, “Tesla is certainly one of those companies.”

So the willingness to say California is ready to 'play ball' is there...but can they follow through on those words?